Loot Boxes: Are They Gambling?

You'll already be familiar with Loot Boxes if you're a player of certain console games such as Call of Duty, Halo 5, League of Legends and FIFA video games series. Right now the world's media is pretty much ablaze with negative stories concerning gambling and gambling addiction. A a result, the iGaming industry is having to pay even greater attention to their customers than before. Loot Boxes are the latest in a line of offers/promotions that appear to circumnavigate both regional and national regulations. 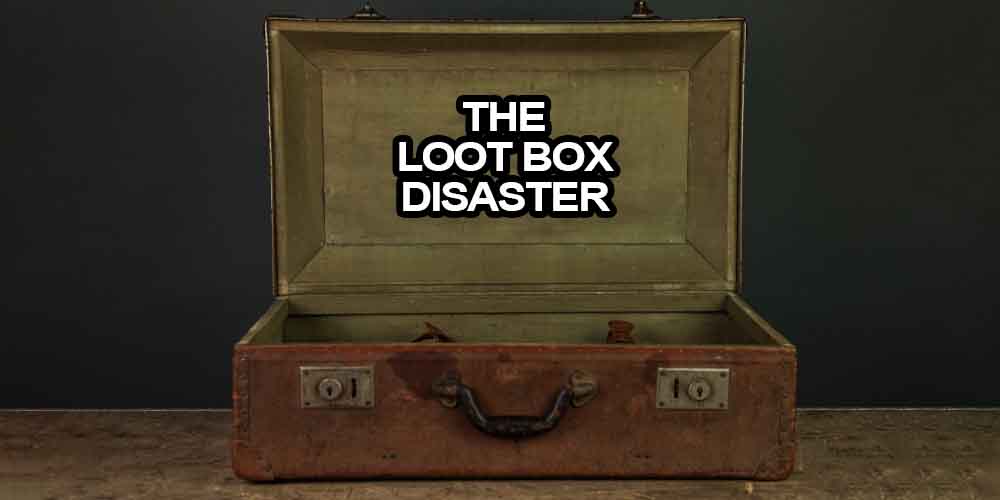 What Are Loot Boxes?

These are also known as “Loot Crates” and “Mystery Boxes” and they can be purchased via these online gaming sites or via the actual games themselves. The thing about them is, that you have no idea what’s in the box before purchase. Yes, you read that correctly. People are paying for unknown stuff. This originated from earlier versions of gaming when video games would give out rewards to players at random. Often these were during massive online multiplayer games. These surprise parcels are now a huge part of any gaming companies income.

But there are voices that view these are both deceptive and exploitative in that they appear to target mainly younger teenagers. But whether they produce the same addictive qualities to be found in gambling addicts has yet to be seen. Of particular concern are their effects on young children. And this is leading to an uncertain future for these promotions. There is a lot of talk of having them banned (as has happened in Belgium).

Tracing the first use of Loot Boxes is easy as they are an internet phenomenon. Way back in 2004, they first appeared in a Japanese manga version of maple Story, which was a side scrolling MMORRP game. The Loot Box was called “Gachapon Ticket” and each claimed ticket was worth around 100 Yen. Then in 2007, a Chinese video game called Zhengu became very popular. It contained a Loot Box. Because of the predominantly use of internet cafes in some poorer parts of the world, these Loot Boxes quickly spread. It wasn’t long before the actual game manufacturers sat up and started to take notice.

Of the Western world, the game Team Fortress was the first with the added feature. This was released in 2010. At the same time, Valve (the American video game developer) introduced an option whereby you could win random Loot Crates, which needed purchased keys to open them. At the same time, FIFA introduced a card trading system that allowed players to transfer players and build teams using a digital trading card.

Then in August 2013, Counter-Strike Global Offensive added a “weapons case as an update which contained a Loot Box. In March of the same year, Counter-Strike Battlefield 4 added “battle packs”. In 2014, Call of Duty added “supply drops” that included randomized things such as gear, weapons, and loot boxes. From the beginning, Loot Boxes were looked at in the same way as any other gameplay component. But as 2017 dawned, people began looking into this additional feature more deeply. As a result, some games pulled their Loot Boxes from their games. For example, Star Wars Battlefront II and Forza Motorsport 7 both stopped offering these promotions.

Around the world, legislators were waking up to the fact that perhaps these enticing gifts were more than merely added features for the games in question. This led to many countries having to make a judgment call into the legality or not of this feature. Today, you can still find Loot Boxes in some games, which can be purchased for both real and digital money, though their availability depends on your country just like in the case of online casino sites in the UK.

This is a tricky question. Belgium actually took the major step of completely banning all Loot Boxes from video games back in 2018. Other countries like Sweden and the Netherlands are actively looking into their legality and will decide in the next couple of months. So far Malta, France, Austria, Ireland, Jersey, Norway Czech Republic, the US and the UK have all signed a joint agreement to look into the role of Loot Boxes in online gambling. So far, only Poland has come out and categorically denied that these are gambling.

Choosing a Lot Box is really just a game of chance. So there are those who say that this is nothing more and nothing less than good old fashioned gambling. You have to remember that Loot Boxes were just quietly doing their thing within online video games for years. What brought it out into the light was the addiction that went hand in hand with them. The UK Government’s stance is that these are gambling if they are purchased for real money. And as such should be regulated as a game of chance under the Gambling Act 2005″.

Buying a Loot Box is a Game of Chance

The chair of the committee, Damian Collins, further reflected on whether or not loot boxes are gambling by saying: “Loot boxes are particularly lucrative for games companies but come at a high cost, particularly for problem gamblers, while exposing children to potential harm.” He then added that it was high time for the Government to explain why loot boxes should be excluded from the Gambling Act. Especially when “buying a loot box is playing a game of chance.”

The cognitive psychologists also support the Governmental position saying that “such in-game features are ‘designed to exploit potent psychological mechanisms associated with […] gambling-like behaviors”. On the other side, academics told the Digital, Culture, Media and Sport Committee “there was not yet enough evidence on the psychological effects that gambling-style features in games have on children”. Going further on to say this is “partly because the industry has not released data it holds on the subject”.

Conclusion: To Us They Are Gambling

Though many gamers would proclaim these as being a harmless part of the games being played, many would also be unable to see the addictive elements within. That’s why it’s probably better to let the Government draw up a group of experts and look int the issue thoroughly. In truth, we think that Loot boxes will be banned, and pretty soon too. Children are forbidden from gambling on the high street or at the sport’s bookie. The same rules should apply online as on the online gambling sites in the UK.