The biggest surprise at the 2018 World Cup was that Croatia finished second. As commentators have pointed out, the secret ingredient to the European team’s success is its captain: Luka Modric. He is getting praise from experts and casual football fans alike. So much praise, in fact, that bookies are giving more and more favorable Luka Modric Ballon d’Or odds. 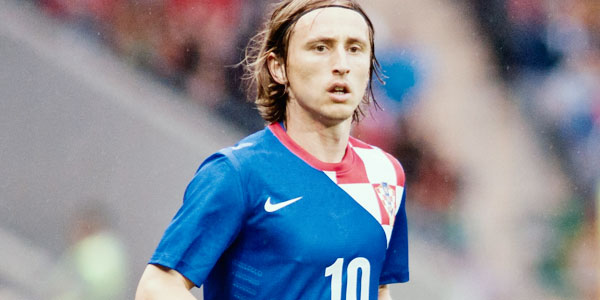 Croatia, the second-smallest nation to compete in a World Cup, came very close to stealing the trophy from France. (France got the lead with the aid of a penalty that the Croatian coach feels the referee should not have awarded to Antoine Griezmann.) Modric had a major role in his team’s unexpected success, which finally gave him the recognition he had deserved.

While few would have considered him a realistic Ballon d’Or contender before the World Cup, he is now the bookies’ second favorite at the best online betting sites in the United Kingdom. Case in point: Unibet Sportsbook offers 9/2 (5.50) betting odds for his winning the award.

Those who have only seen him in the World Cup might be surprised that Luka Modric’s Ballon d’Or odds are so favorable. However, Real Madrid fans know that the shenanigans in Russia were just the tip of the iceberg. Here’s why he may be selected as the very best player of this season.

The reason Luka Modric’s odds are so favorable

Modric has just become Real Madrid’s top T-shirt seller following Ronaldo’s transfer to Juventus. To be fair, up till now, it was Cristiano Ronaldo whom most people associated with Real. But that is misleading: despite Ronaldo’s reliability as a goalscorer, the club’s most influential player this season has been Modric.

Despite Ronaldo’s reliability as a goalscorer, the club’s most influential player this season has been Modric.

It is the Croatian playmaker who creates opportunities for the goalscoring powerhouses. The midfielder’s presence is a key contribution to both attack and defense. In the Champions League final, he had a 94 percent pass accuracy and won 100 percent of his tackles. Such achievements are not as flashy as being a good finisher but are the mark of a great player.

A growing number of commentators argue that Modric deserves the award. It would even have a beneficial effect on sports in general. The Guardian would like to see Modric’s feats get acknowledged partly because that would be a welcome “anti-glamour move” in an era “when star players are fetishised to a bizarrely sensual degree, styled and primped and captured in constant brooding close-up.”

Can Modric steal the Ballon d’Or from Ronaldo?

Ronaldo is favored over Modric on online betting sites in the UK: the former’s odds for winning the award are 3/10. There is certainly a trend to give the Ballon d’Or to goalscorers, and in the last ten years, the recipient has been either Ronaldo or Messi.

However, their reign may come to an end in December. Both of them failed to impress in the World Cup. Meanwhile, Modric has been brilliant both in his national team and on club level. This counts: the Ballon d’Or is given to the player who has the best performance in every tournament.

Modric has been brilliant both in his national team and on club level.

Modric’s Ballon d’Or odds will certainly improve even more if he manages to lead Croatia to the top of their group in the upcoming Nations League tournament. Still, he already looks like a very strong candidate. It may be the perfect moment to bet on Modric to win the Ballon d’Or: another wave of punters are expected to flood online sportsbook sites in the UK after Croatia’s matches with England and Spain, which could slash the official betting odds and decrease your profit.