The Golden State Warriors have been the Western Conference Champions for the past 4 years with coach Steve Kerr! It comes as no surprise that they are still Champion favourites as seen from the NBA Western Conference winner odds though they have a few contenders. 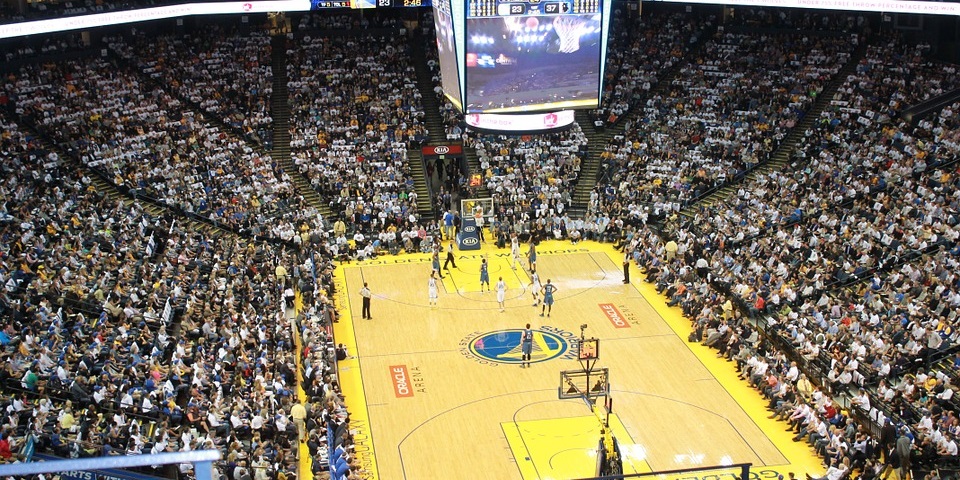 One of the most competitive divisions of the NBA is the Western Conference. This year is no different. Many of the teams that will be in the playoffs on the Western side would pose a challenge for any Eastern Conference team. Therefore, it is interesting to analyze the NBA West Conference winner odds.

The Golden State Warriors are a solid team to bet on. According to online sportsbook sites in the USA, their odds are -240. They have won the playoffs 3 out of the 4 times recently. Certainly, that is an astonishing feat in modern basketball. It would be difficult to see any team breaking their defence or nulling their attack. They have a heavily talented team. Steph Curry, Kevin Durant, Demarcus Cousins, Draymond Green, and Klay Thompson could win more Championships in the near future.

Although, Golden State Warriors appear unstoppable, they were challenged recently. Last season, they were close to losing to the Houston Rockets. It is certain that the Rockets will try once more to be the conference champion. This season, LeBron James is leading the Los Angeles Lakers. He is the kind of player that makes any team better. So they too would be in the run for the championship. Let’s explore these other teams and their NBA West Conference winner odds.

The Houston Rockets, lost to the Warriors last playoffs by a 3-2 margin. However, the Rockets had been plagued with injuries. One of these injuries was to their star man, Chris Paul. This had the team deflated. Maybe if Chris Paul was healthy and fit, they might have had the edge over the Warriors.

However, it was not all bad news. James Harden was named MVP. Imagine combining the talents of the 2 players already mentioned with Carmelo Anthony and Gerald Green. That is the kind of team the Houston Rockets have. A team that can make the Golden State Warriors struggle. Mike D’Antoni’s team has odds of +620.

According to online sportsbook news sites in the USA, Utah Jazz has one of the best defences in the NBA. Rudy Gobert, their seven-foot center is the current defensive year of the year. There is no wonder that they always have the home advantage. Imagine, if the playoffs are arranged in a way that grants Utah more home games. That will make Utah formidable to any contender. Their odds are +2900.

LeBron James is certain to adapt to his new team, the Los Angeles Lakers. He is no stranger to trading teams. At the Lakers he has a good host of talented players. Players such as the playmaker Lonzo Ball and tenacious Rajon Rondo. The Lakers also have the shooting gifts of Kyle Kuzma and Ingram. If the team is able to efficiently adapt Lebron James into their style of play, they would surely pose a challenge. Their odds are +1500.

Golden State Warriors have the highest probability of being Western Conference champions once again. Their team is just that good. Considering the Rockets, they are a good team but they will have to work hard to be a great team to beat the Warriors. Whether LeBron would succeed at the Los Angeles Lakers would be hard to tell. But his presence is undeniable. It gifts the Lakers with a stronger chance.

Oklahoma City Thunder are a great team but lack the star power of these other teams. Russell Westbrook is a great player but he can’t do everything. Their odds are + 1500. The NBA Western Conference winner odds are summarised in the table above.

Click the link to see our NBA Eastern Conference betting predictions as well!