New Lottery Laws in Alabama: States Lottery May Be Legal 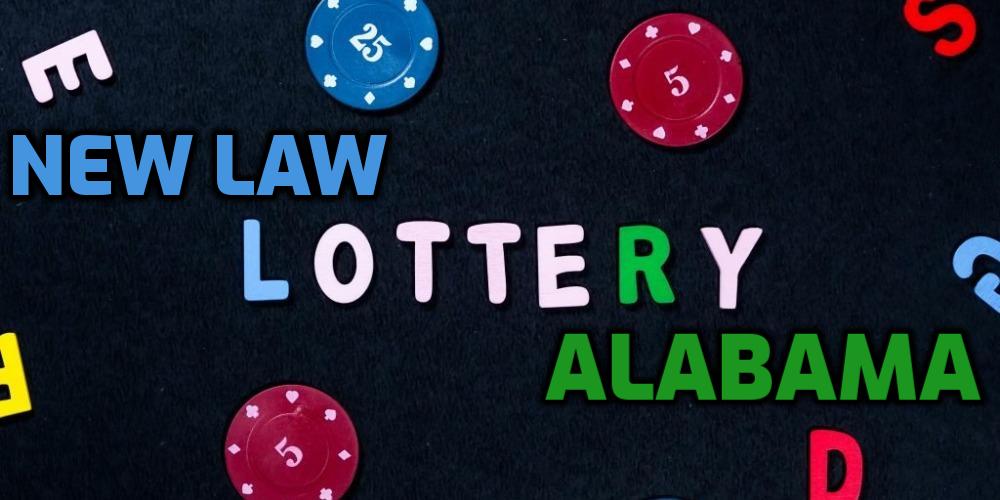 According to the Gambling News, the government is pushing for new lottery laws in Alabama. This is one of the biggest gambling features ever since slot machine companies tried to establish themselves in Alabama. Therefore, if the bill passes and gets accepted, the citizen will be spoiled with the funds generated by the lottery tax returns. Therefore, the new lottery laws in Alabama would roughly tax the industry. But they wish to return it for the common goals of the people. According to the supporting senate members and representatives, they should hurry with signing the bill, because with every week passing without a state lottery, they are losing serious revenue. And they would like to establish the lottery by next month’s lottery season. And while you are waiting for it, you should check out the online bingo sites in the US.

The Current and New Lottery Laws in Alabama

They are about to debate the new legislative bills of Alabama’s lottery. This is the first legislative effort made ever since 1999. Therefore, the new lottery laws in Alabama might finally allow citizens to do the in-state lottery. Because the citizens were doing the lottery for ages now, they had to move over the border to a different state so they could attend the lottery. Therefore, it makes little sense for the government to not want to include the lottery on the plate of new legislation. They are still worried about a few things, such as vulnerable citizens. Children, and the fact that rich people will not gamble. Joe Godfrey, the executive director of ACAP is worried, that the lottery would only affect poor people. However, the fact that the citizen can afford to travel to a different state to do the lottery is contradictory to his worries.

According to the AL, in 2021 the government has started to work on a massive legislation bill that involves sportsbook betting, new casinos, and the lottery. Therefore, in 2022 we are here waiting for the new lottery laws in Alabama. Had the states implement lottery among the legal gambling opportunities. Then there is no doubt that after the New York records, Alabama will want to join the sportsbook betting game.

However, there was a failed gambling bill in Alabama in 2021. But Chip Brown, the republican representative is not giving up on the in-state lottery. His words on the matter were the following: “The people of Alabama have been playing the lottery for years. We’ve just been playing it in other states. So, it’s time we kept that money in-state and helped out the children of the state of Alabama.”

According to Sen. Greg Albritton, Lottery has been an industry already existent among the citizens of Alabama, yet the government had no control or revenue from it. Therefore, some of the supporters of the new lottery laws in Alabama would fund the children and youth of the states from the revenue generated by the in-state lottery.

In conclusion, the new lottery laws in Alabama would not only feature a state lottery for its citizens. But the rough 20% tax the gambling industry would demand is going to contribute to the education scholarships of children. It would also take a small portion to support mental health care, road and bridge repair, and rural health care. These aren’t overly ambitious goals, because the gambling industry generates millions of dollars annually for the state in a tax return. And with a 20% tax, these could slightly elevate the general lifestyle of Alabama.

What do the Senate and Representatives say?

The new lotterly laws in Alabama has mixed opinions. But if the Massachusetts sports gambling legislation is possible this year, then why would it be rejected in Alabama?

Let’s check out what the Senate and the supporting representatives say about the new lottery laws in Alabama:

Robbie McGhee (vice-chairman of the Poarch Band of Creek Indians Tribal Council): “I think this is the perfect opportunity to say, ‘That I’m going to give the power to people to make this decision,’”

Steve Clouse (Republican Representative): “I would be very surprised if it would pass in a regular session in an election year. By the time we get toward the end of March first of April people are going to be antsy to get out of there.”

Greg Albritton (Senator): “This simply needs to get off our plate, off the table. We need to deal with this and waiting another year is not going to help us. That would just be revenue thrown aside or thrown away.”

Try Out Online Bingo In The Meantime

While we are waiting for the new lottery laws in Alabama to be accepted alongside the respective bill. You should try out Cyber Bingo. It is fully legal and accessible in the United States of America. And it is a safe and reliable online gambling. If you would try it out for the first time, then first check out our Cyber Bingo Guide, so you can learn everything about the services, features, and of course the promotions and bonuses you can claim upon your registration.