Norwegian Wins In Flanders And Now Heads For Paris 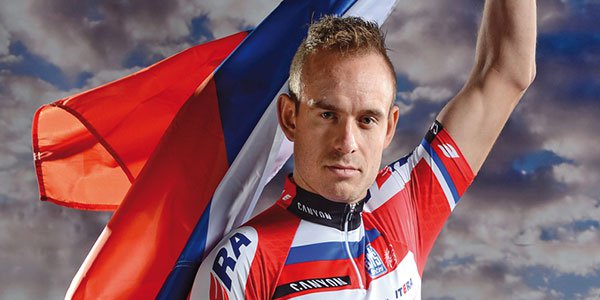 The world of cycling is seeing the rise of a star and after a big win last weekend he goes into the third of the Five Monuments Of Cycling race firm favorite. But can he win all five?

Without doubt the Tour de France is the jewel in cycling’s crown. A glorious race of endurance and teamwork that weaves a ribbon of rode road around the French countryside, through breathtaking scenery and over impossibly steep mountains, arriving in Paris in a celebration of sporting achievement in a city that knows how to throw a party. However whilst this is the race that has so often hit the headlines, for reasons both good and bad, for cyclists there are other races with more significance.

Known as the Five Monuments of Cycling these races are held in Italy, Belgium and France, with the first two nations getting two races each, and represent the heart of classic cycle racing. There isn’t a rider that doesn’t want to win them, and win them all, but given the variety of racing required and the weather conditions often encountered this is a feat far easier to dream than manage. So what are these five pillars of cycling? And why should people who like to bet on sports in Norway be taking a closer look?

Well the first of the year, and longest professional one-day race at 298km, is often called the Sprinter’s Classic but officially is “La Primavera” (the Spring) and runs between Milan and San Remo in Italy. Sprinters like this race because it’s mostly flat allowing their forte to come to the fore, and whilst there are a few hills in the route these tend not to be decisive in the victor of a race that is famed for it’s massively long finishing straight and has been run since all the way back in 1907.

The second is the Ronde Van Vlaanderen, perhaps better known as the Tour Of Flanders, in Belgium, where it is often referred to as Vlaanderens Mooiste, Flander’s Finest. Created in 1913 by Karel Van Wijnendaele, it was, early on, very much a race for Belgian riders, mostly due to it being held on the same day as Milan-San Remo, but in the wake of WWII this was changed and it became one of the biggest races in the cycling calendar, often seen as leading in to the third of the five monument races.

That third race, the only one in France, is the Paris-Roubaix, variously known as the Queen of the Classics or, perhaps less romantically, The Hell of the North”, is held just a week after the Tour of Flanders, and is famed for it’s lengthy sections of “pave” which are, to you and I, cobblestones. If you’ve ever ridden a bike on cobblestones you know what tricky conditions they can create, especially if the weather is inclement. First ridden in 1896 it is often cited as being one of the most difficult races in the world.

Fourth is the Liege-Bastogne-Liege race in Belgium, the oldest of the classics dating back to 1892, which bears the name “La Doyenne”. That first race was an amateur affair, but just two years later it was professionalized and has been a mainstay fixture on the calendar since. It’s particular challenges are the short bursts of climbing required making it a favorite amongst hill specialists and indeed those that partake and focus onthe Tour De France and its long distance multi-day brethren.

The fifth and final Monument race of the year comes in October, and is held in Italy, which is why despite officially being the Giro De Lombardia, it is also known as the “Race of Falling Leaves”. Originally of course it was the Milano-Milano, but that only lasted two years till in 1907 it took it’s present title, and presented professional riders with a varied course that contains massive climbs like the Ghisallo, that passes a church to the patron of cyclists, and has a mercifully flat finish.

These then are the races that cyclists want to win, and to be seen winning. The Tour De France might be the darling of the sporting media, but these five races are the ones that cyclists focus upon, always hopefully they’ll be able to win one, or dare to dream of winning all five. It is a feat that very few have managed even in their many years of being raced. It is that difficulty that makes them such prized victories, such unique and individual characters, they are cycling’s roots and trunk if you will.

Is Belgian Dominance At An End?

These are single day races, with a history stretching back over a hundred years, that mark the cycling calendars passing of the seasons, with riders from all over the world competing to add their names to some of the true greats of cycling that have won them in the past. To put this in perspective, only one man has ever won all five twice in their career, that man was the legendary Eddy Merckx who in a ten year span between 1966 and 1976 won a still not neared, let alone beaten, 19 Monument titles.

Indeed only three riders, including Eddy, have won all five, with Roger De Vlaeminck and Rik Van Looy, making it one of the most select group of sportsmen in the world, and, if you hadn’t noticed, they’re all Belgian. However in the last couple of years a young man from Norway has been gambling news of his nationality won’t prevent him claiming a fourth seat the Monuments champions table. His name is Alexander Kristoff and after this weekend he’s 40% of the way there.

Racing for the Russian team Katusha, he’d come second in Milan-San Remo just last month, a race he won last year (his first Monument title), and was optimistic of adding to that tally in the Tour of Flanders, keeping on the wheel of Niki Terpstra when the young Dutchman attacked 25km from the finish and collaboratively up a lead of thirty seconds twixt themselves and the trailing group of favorites. That came to an end with 2km to go and in the final sprint, despite Terpstra’s textbook tactics, the Norwegian got to the line first.

This gives him two Monument wins in as many years, and at just 28 he’s plenty of time to gain the other three, something many feel him more than likely to achieve. Whether he’ll do so this weekend at the Paris-Roubaix remains to be seen but with ComeOn! Sportsbook giving him 5.40 favorite status, ahead of Stybar on 7.25, Vanmarcke and Degenkolb at 7.75 and Bradley Wiggins back on 8.75 with Geraint Thomas. Regardless of Norwegian gambling laws you can expect a lot of people in Norway to be backing their boy this weekend, and indeed to grab a spot in the all Belgian list of monument legends.