Odds On Dominic Raab Admitting Reality Start To Seep Away 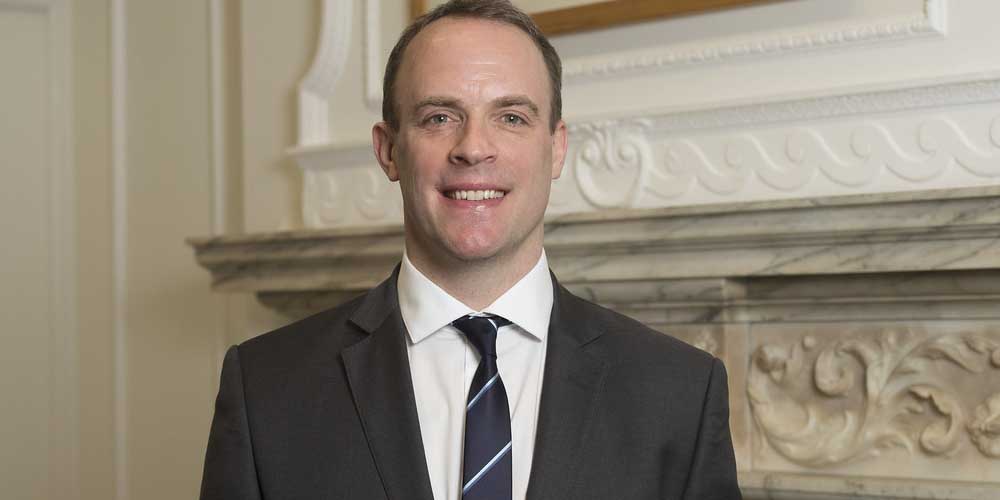 Due to Brexit British politics now resembles a farce. Brexit is casting a long shadow over the nation’s economy. Brussels already forecasts far higher costs for the UK than EU. This means when the Foreign Secretary stands up and tells everyone it’s all going to be fine, not everyone believes him. Indeed those who have taken up the odds on Dominic Raab becoming the next Conservative Party leader, at online betting sites in the UK like Bet365, may need to reconsider.

“I think if you take a 10-year view, as well as looking at the short-term risk, which is right to do, actually the growth opportunities in the future are going to come from emerging and developing economies around the world.” Said Dominic Raab, British Foreign Secretary without a trace of comprehension of what Brexit actually means. Businesses are going broke or moving to the EU. It was the sort of statement that lengthens the odds on Dominic Raab seeing his career flourish.

Of course, some might say his being Foreign Secretary was quite the achievement. However, it’s not the job they all want. They all want to be Prime Minister, Dominic Raab no less than the rest. The odds on Dominic Raab achieving that position, however, take a knock every time he fails the realism test. No one in the UK gambling laws imposed after Brexit would have a massive impact on trade was wrong. It was obvious that would be the result. Obvious to all but the government.

Don’t Bet On Brexit Getting Better

“[We are trying to] reduce and mitigate, as far as we can, the bureaucratic obstacles that the EU is imposing.” Raab continued as if the results of Brexit were a surprise. They weren’t. The British government had years to prepare for them. They just didn’t prepare well enough. So his response to the concerns of businesses appears in denial of the facts. The knock-on effect is that the odds on Dominic Raab leading his party any time soon take a bit of a beating. He appears ignorant, not optimistic.

Bet On Next Conservative Leader

“If you look at the opportunities for growth in the future for UK companies……the growth economies are going to come from the Indo-Pacific region.” Raab doesn’t appear fazed by the inherent issues with this divergence from recent practice. The odds on Dominic Raab leading the Conservatives probably match the chances of small UK companies expanding into China. In theory it’s possible, but online sportsbook sites in the UK won’t give you very short prices on it.

“We have always been clear that there are changes that come with exiting the transition period, and what we’re trying to do is support businesses as best we can to manage those.” He said. This should win him support amongst the corporate types in the UK. Instead, it just looks barking mad. Brussels already estimates the cost of Brexit is four times higher for the UK than EU. Perhaps that’s why the odds on Dominic Raab are four times longer than those on Rishi Sunak.

Actually, Rishi Sunak, Chancellor of the Exchequer, gets 7/4 right now to get the leadership. Michael Gove sits worryingly at 6/1 with Jeremy Hunt sharing the 12/1 odds on Dominic Raab getting the job. All in all it’s a shambles. It’s a bit like a bet on sports in the UK when none of the competitors, or the audience, are sure of the rules. The UK is suffering an ongoing disaster because of Brexit and the longer the government tries to portray it differently the worse for all involved.

We take a look at why the odds on Dominic Raab leading the Conservative Party next take a blow every time he dodges the Brexit circumstances.