France Remain The Best Best On The 2021 Six Nations

News >France Remain The Best Best On The 2021 Six Nations 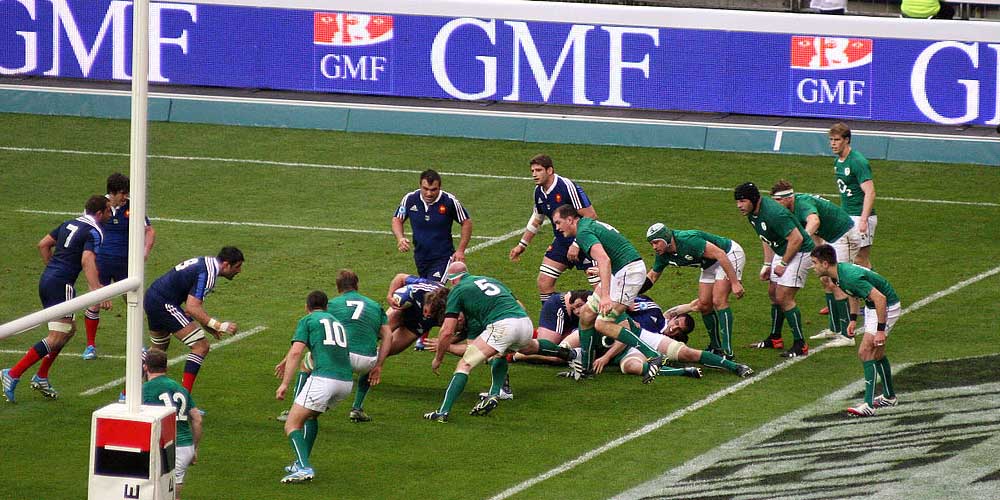 You have to feel a little sorry for Scotland. For a while at Murrayfield it looked like they had another game in the bag. Unfortunately, the Welsh had other ideas. Unlike England, they didn’t wilt under pressure and struck back. That Welsh win means Scotland are now no more than a very optimistic bet on the 2021 Six Nations. France still get the best odds on the Six Nations at online betting sites in the UK like Bet365. But does that mean they’re now a shoo-in for the win?

Up to £100 in Bet Credits for new customers at bet365. Min deposit £5. Bet Credits available for use upon settlement of bets to value of qualifying deposit. Min odds, bet and payment method exclusions apply. Returns exclude Bet Credits stake. Time limits and T&Cs apply.
Visit HereBet365 Sportsbook review
Fans enjoyed a spectacular of a match. The lead changed hands five times during the game and there was even a sending off. It was all over the place. As was the ball in Welsh hands with Louis Rees-Zammit showing his class. Their wide play left Scotland adrift by a single point come the finish, but a win’s a win. Indeed after their sterling performance some wonder if the Welsh aren’t the dark horses of this contest. They’re now a 6/1 bet on the 2021 Six Nations. Quite the lift.

Not that this will mean much if France continue their run of form. Their passing game leaves sides all at sea, and whilst the Irish hung in there, they didn’t get anywhere. This does not bode well for the Scots who face them in the next round. Indeed those taking advantage of UK gambling laws will find the French easy 1/6 favorites to beat the Scots. Still, after their win at Twickenham, and a scolding from the Welsh, the Scots might just be worth a punt at Bet365.

Scotland getting 4/1 against France however is perhaps not as interesting as the England/Wales match up. England haven’t looked a good bet on the 2021 Six Nations so far. That they remain 3/1 to win the tournament seems a little odd. A loss against Wales would sink their ship. Fortunately, online bookmakers in the UK give England the best of the odds. They’re 4/11 to take the win with the Welsh trailing slightly at 11/5. It’ll be an interesting game with both playing wide.

The Irish taking on the Italians, however, will be less tricky to predict. Online sportsbook sites in the UK like Bet365 give Italy just 8/1 to win. That’s almost insulting. Almost. Meanwhile the pressure is all on Ireland who get 1/20 and by dint of that better win. Happily, no one will bet on the 2021 Six Nations involving Italy winning a game. That just doesn’t happen. Indeed some say it’s only a matter of time before the tally of countries falls by one. They’re just 2500/1 to win it.

Just when Italy will give up and leave the other nations to play rugby is anyone’s guess. However, if they keep failing to perform to a standard most schools could manage, it can’t be long. Fans might lament the passing of such easy high scoring wins, but it is almost embarrassing now. Can you ever imagine a moment when a bet on the 2021 Six Nations might involve Italy? What about 2025? 2030? Do you ever see them reaching the same level as the other teams involved?

“We will be ready for Wales.”

So whilst Italy are a write off, and give Ireland a weekend off, the rest have to play hard. You can expect the England/Wales game to be close and hard fought with quite a few rough moments. Meanwhile the Scots will pray for a miracle and might just get it if the French keep their back row so taut. Sure, Scotland aren’t the best bet on sports in the UK this weekend. It’s true. But do you really want to back the French at Bet365? You know it’ll only encourage them……

We take a look at why France remains the best bet on the 2021 Six Nations tournament after the second round of matches.