Odds On Donald Trump Returning Hover Inside The Margin 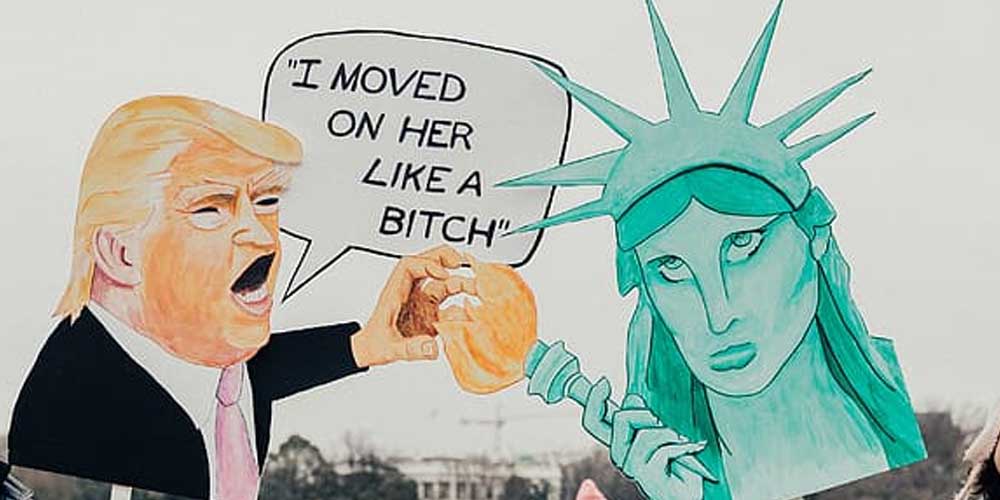 We knew the odds on Donald Trump quietly retiring from public politics were massively lengthy. However mostly cut off from social media and the mainstream press, he has had issues. Getting his message out has proved difficult. However, this doesn’t prevent online betting sites in the US like Bovada giving him tolerable odds to win in 2024. Perhaps they believe Trump’s message is still one people wish to hear. Certainly, his appearance at a wedding recently indicates it hasn’t changed.

“Do you miss me yet?” Donald Trump, in black tie, held sway at the wedding of John and Megan Arrigo. Former Presidents can do that. Especially in their own resorts. Typically special guests at weddings confine themselves to wishing people luck. Perhaps directing the odd compliment at the bride’s mother. But the odds on Donald Trump remaining so neutral at a microphone were nil. So despite the celebratory nature of the event he launched into a gentle political tirade.

“They said get 66 million votes, sir, and the election is over.” You might find odds on Donald Trump to win in 2024 at online sportsbook sites in the US, but he’s still fighting 2020. “I got 75 million votes, and you saw what happened.” Yes. We all saw Joe Biden get 80 million votes. For someone often the victim of fact checking Donald Trump seems unable to grasp the idea perhaps sometimes people lie to him too. The 2020 election had the highest turnout in around 120 years.

That meant that most predictions went out the window. The odds on Donald Trump coming to terms with that are huge. He still believes someone cheated. That they robbed him of his victory. “At 10:30pm in the evening, all of a sudden, they said that’s a strange thing.” His dark comments on the 2020 election night continue. “Why are they closing up certain places? There’s a lot of things happening right now.” Yes, but mostly what was happening was Donald Trump losing.

Of course, there are rumors that Donald Trump will start his own political party. Indeed you can take advantage of US gambling laws right now and bet on that. The bookies like Bovada will give you around 19/2 on it. However, the odds on Donald Trump wanting to nail his colors to this mast are unlikely. He’ll much prefer sniping from the sidelines without the responsibility. So does that mean a bet on Donald Trump to win the 2024 Presidential election is a dumb idea?

Get 2024 Election Odds On Donald Trump At Bovada

Well, no, not really. No one expected him to win in 2016. No one expects him to win in 2024. The fact is, however, the American electorate are still massively divided. So, unless the Republicans can find someone to replace him as the anti-Democrat demagogue, Trump is still in this hunt. Fortunately, the odds on Kamala Harris are far shorter. At least she tends not to lie as much. The odds on Donald Trump resisting the temptation, even at a wedding, are astronomical.

“They’re telling me about China, they’re telling me about Iran.” He told the guests pivoting to criticize Joe Biden. “We were ready to make a deal, they were ready to do anything. And this guy goes and drops the sanctions and then says we’d like to negotiate.” Which would be terrible, if it were true. But it isn’t. A bet on US politics is never like a bet on sports in the US, but Trump is still running the same playbook at last time. Americans, who like novel, are unlikely to buy it.

We take a look at why you can still find odds on Donald Trump winning in 2024 despite his continuing to fight the 2020 election.