One operator – One Account Rule in Spanish Online Gamble

News >One operator – One Account Rule in Spanish Online Gamble

Spanish operators make players choose the account they want to keep, and close down all other accounts. 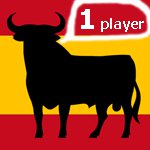 Spanish gambling news sources warn that the Iberian country is strict in applying its one operator – one account rule, according to which local players must only use a one single account at licensed operators.

The government’s DGOJ (Dirección General de Ordenación del Juego, the General Gaming Commission) is responsible for assuring that “user registration is unique for each operator”. The phrase is interpreted by the Spanish internet casino industry as the restriction for one account per player for each operator, regardless of how many sites an operator is running.

To comply with the Spanish gambling laws, many operators were reported to force players to choose the account they wanted to keep, and closed down all other gambling accounts by them.

The authorities claimed the new rule was made to avoid account fraud and tax evasion.

The industry is still pretty much confused how this rule will be applied for companies that for example have subsidiaries in Spain, but they operate gambling websites themselves.

Same true for merged companies. Bwin and Party Gaming, the two companies merged not long ago, are perfect examples. According to the interpretation by the DGOJ, all Spanish operations of the merged company, regardless which brand name they use, is considered to be a single operation. Therefore, players must only stick to using one single account, and all the other accounts must be closed by the operator.

A few days ago, Spain’s gaming regulating body DGOJ announced the preparation of a deal with ARJEL, France’s online gambling authority to share information. The two authorities also made steps towards forming a common poker player pool. Italy is also interested in joining the agreement.

There are no details available whether the one operator – one account rule would be applicable if the two European countries. If yes, it could be disastrous for the online poker operators in the countries.