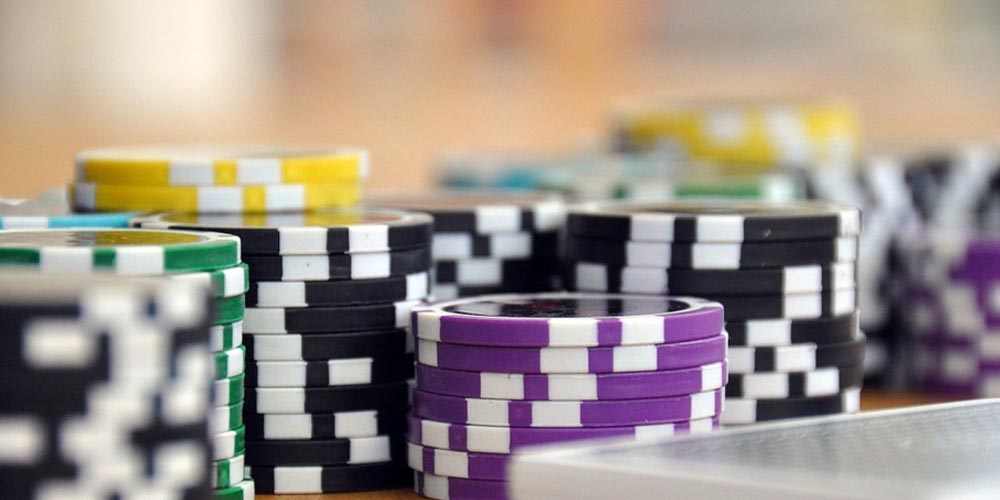 The game of poker has changed with the development of the Internet. The way of playing has developed and it has become much more accessible. Eventually, online poker began to evolve in giant steps. Small tournaments have grown into large-scale series with lots of players and good cash prizes. In our article, we will have online poker tournaments explained.

The largest WCOOP poker tournament was first held in 2002. Ten years later, its prize pool was a record – $ 55,000,000. Later, other large-scale series appeared. SCOOP launched in 2009 and MicroMillions in 2012. Since the championships are going online, anyone can take part in them. And some tournaments even have small buy-ins. By paying one or two dollars, you have the opportunity to win thousands of dollars. Master your skills on online poker sites in the USA and take part in one of the best poker tournaments!

What do you need to know about online poker tournaments?

Besides, to live or offline poker tournaments, there are series for those who prefer to play poker from home, or simply do not have the opportunity to visit a poker club or casino for perfectly legal reasons. For such players, we will have online poker tournaments explained. If you don’t take into account the qualifying satellites to the offline series, the WCOOP, which takes place every September, becomes the world’s largest poker room. There is also a special series of SCOOP (Spring Championship of Online Poker), a shorter version of the World Cup. In addition to these tournaments, each online poker site, like Intertops Poker, offers its series, which differ only in the number of participants, and hence the size of the prize pool. Explore the best poker rooms in our reviews and choose the most suitable for you.

How to play online poker tournaments?

If you want to win big money by participating in single-table games, you have to play at high stakes, and that requires a lot of money. Such games are unpredictable and nothing can protect you from losing a lot of money in an attempt to play with bets that you can not afford. Having online poker tournaments explained, they are a different situation. Some online poker tournaments attract thousands of participants, and even if they buy chips for only a couple of dollars, the prize pool can be very large. If you want to try to win big money, but don’t want to play at random, a tournament is what you need.

Find good freerolls or other competitions where you can win good money. But which room is best for playing in tournaments? In our ranking of online poker sites in the USA, we have collected the best platforms where tournaments take place. These poker rooms offer a wide range of multi-table, sit-and-go tournaments. Many also offer freerolls and satellites from time to time. Read our article about How To Play Online Poker to increase your chances of winning in the Intertops Poker.

Why are online poker tournaments so popular?

In recent years, poker has become an international phenomenon. There is a feeling that everyone is playing this game. Most believe that all this is due to the Internet. However, we should not forget the role of tournament poker in the promotion and rapid growth of interest in this game. When TV networks realized that broadcasts of poker tournaments were attracting millions of viewers, the big poker tournaments felt even more media attention. Their prize pools have grown significantly, and the most famous poker players have become superstars.

Poker tournaments attract a lot of people. Hundreds and thousands of players in one tournament are perfectly normal. Understanding that any player can become a champion is what makes poker tournaments so attractive. You can pay a small fee for participating in a side event and eventually win the main event of the World Series of Poker. It may take a long time, but it is possible. All you need to do is train and maybe learn How To Choose An Online Poker School.

There are many different series to choose from for online poker enthusiasts. For just a few dollars, poker players have the opportunity to compete for thousands of dollars without leaving home. Online poker tournaments continue to grow. Therefore, in the future, we should expect even more impressions and prizes from this game!

The advantage of the Grand Series of Poker (GSOP) over other online poker series is the small number of poker players and the low level of their game. This championship is held in a poker network. As a rule, not the strongest players gather in poker rooms. The GSOP includes 18 tournaments with a guaranteed prize pool of at least $ 3,000,000. The events of the series have different contributions, structure, size of the prize fund, and also take place in different types of poker. The final event of this poker tournament is held with a prize pool of $ 500,000 and a buy-in of $ 5,000.

GSOP participants are automatically included in the championship leaderboard. Each poker player earns points during the series. At the end of the championship, the results are summed up and the players who have earned the most points receive tournament tickets, gifts, and cash prizes. A “mini-version” of this championship is being held in parallel with the GSOP. The size of the prize fund of the GSOP Mini exceeds $ 500,000. And to participate in the events of the series you need to pay an entrance fee of $ 5. In addition to the “mini-version”, GSOP organizers hold GSOP Live. This championship is held live, and every year it is gaining more and more popularity.

MicroMillions is a series of online tournaments that differs from similar championships by low buy-ins and fairly large prizes. Anyone can take part in the series. The buy-in starts at $ 1.1. Despite such a small entry fee, the MicroMillions prize pool reaches several million dollars. The series was first held in 2012. Then within the framework of the championship, there were 100 tournaments with a prize fund of more than $ 2,000,000. MicroMillions is one of the youngest online poker series. Despite the conditional youth of the series, it has already accumulated a lot of statistics. Read the latest Poker Success Stories to find out more.

The 2019 MicroMillions took place in July. 146 tournaments took place within the series. The Main Event guarantee with a $ 22,000 entry fee was $ 1,000,000. This series of tournaments will appeal to those players who dream of turning two dollars into thousands of dollars in prize money. The organizers of the championship provide its participants with a wide choice of formats. So train harder on online poker sites in the USA to pick up the top prize of this tournament next time!

Spring Championship of Online Poker (SCOOP) is one of the largest series of online poker tournaments. As part of this championship, tournaments are held with three levels of buy-ins: low, medium, and high. Events of these categories are similar to each other and take place simultaneously. SCOOP started in 2009. Initially, the championship consisted of 33 events. In 2013, the organizers of the series decided to expand it to 44 tournaments. The biggest prize in the history of the championship was won by the player from the USA Ryan Fair in 2010 – $ 1,162,350.

If we talk about the best results of this series, then the American Sean Deeb is in the lead with 5 won tournaments. In 2020, the SCOOP was held from 12 to 27 May. The total prize pool of the series was $ 115,000,000. Tournaments with a guarantee of $ 1,000,000 were held daily as part of the championship. SCOOP is an annual series that usually takes place in April and May. Anyone can take part in this tournament after developing online poker skills.

The World Championship of Online Poker (WCOOP) is the most prestigious series of online poker tournaments. The championship was established in 2002. The first WCOOP prize pool was $ 30,000,000. Winning prizes in the series, players receive awards and get into the leaderboard. As already mentioned, this large-scale series of tournaments was first held in 2002. Then the guarantee of the whole championship was $ 700,000. The winner was a Swedish poker player under the nickname “MultiMarine”, who won $ 65,000.

The following year, the WCOOP became much larger. Thus, the Maine Event guarantee was $ 2,700,000. After that, every year the number of participants in the series and its prize fund increased. In 2012, a championship record was set with a prize fund of $ 55,000,000. In addition to paying the entry fee, there are other ways to become a member of the WCOOP. You have the opportunity to get to the championship via satellites. The entry fee to participate in the qualifying tournament costs from one dollar or maybe free. Improve your skills in the Intertops Poker and take home the top prizes of this poker tournament!

You can discover more about Intertops Poker here.