Ontario to Open its Doors to Online Gambling and Lotteries

The Ontario Lottery and Gaming Corp. will allow online gambling and online lottery ticket purchasing in a bid to share in the multi-million dollar pot the industry brings 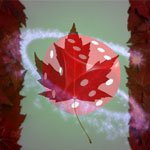 The Canadian province of Ontario is set to reduce restrictions on online gaming in a bid to reap the rewards of the ever growing multi-million dollar online gambling industry, the latest Canada gambling news reports say.

The move will effectively mean Ontario is opening up its doors to welcome the advancement of online casinos and lottery. Before the end of 2012, Ontario residents will theoretically be able to purchase tickets for the new lottery online, as well as be able to play in any number of online casinos in Canada. If the move is successful, mobile gamers may well be able to play and bet via mobile gaming devices such as iPhone and Blackberry by early 2013.

The stance has officially changed due to the Ontario Lottery and Coming Corp. feeling as though too much money, roughly $500,000,000 that is currently available from online gambling, is currently heading offshore, due to the present restrictions on online gaming. Tony Bitonti, spokesman for the OLG said recently.

However the swift u-turn in policy has brought about its first complications already. With little to none experience in online gambling, online casinos, and all the surrounding details, the Ontario Lottery and Gaming Corp. has had to send out requests for assistance in setting up online casinos in Canada

Whilst confident about the success of the scheme, the Ontario Lotteries and Gaming Corp. have been studying similar cases in recent months that include some issues that were encountered in British Columbia, who met with difficulties when they launched their very first online casino in mid 2010, only to have to re-design it, after it was compromised.

The OLG is understood to be paying very close attention to the Canadian gambling laws to make sure everything is above board, and is also monitoring the way Quebec and European countries run their enterprises, as a model to follow.

Currently, other gaming enterprises in Ontario such as bingo, lotteries and land-based casinos rake in $6.6 million a year in revenue, of which $2 million goes back into the province. It is felt that there is approximately $500 million a year to gain from this new venture, although the provincial officials have stated it could be as little as $100 million a year, at least initially.

The expectations of the OLG are certainly high, and any revenue brought in would boost the current profits by a considerable amount, whether it is indeed $100 million or $500 million. There is also little or no opposition to online gaming in the province, so the future success of this operation really is in the OLG’s hands.