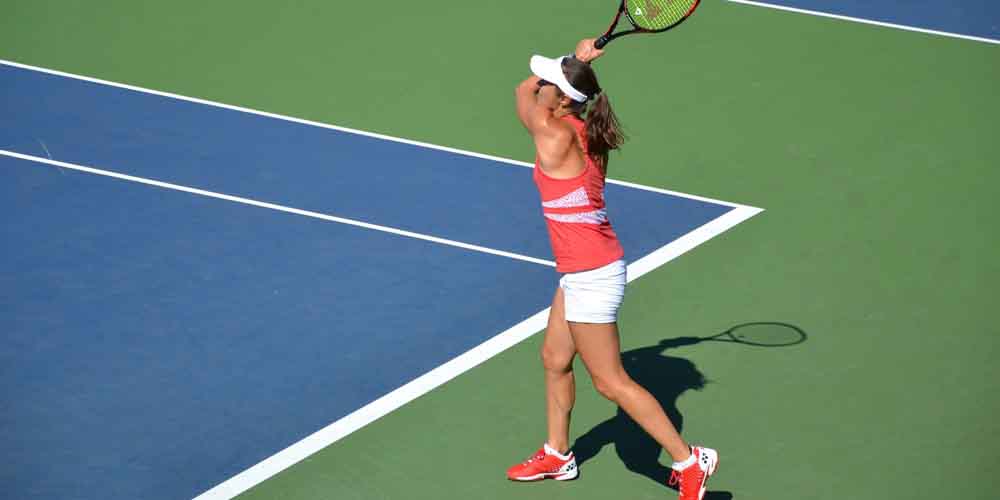 Some of the best women tennis players will take part in the 31st Palermo Ladies Open in the first week of August. It gives another opportunity to players to practice and get back to competing after the long break. One of the biggest names is Simona Halep, who is one of the favourites in the Palermo Ladies Open odds.

The first Palermo Ladies Open was held in 1988 and it became part of the WTA Tour in 1990. It is played on outdoor clay courts and we can find future champions in its winners. Like Mary Pierce and Anastasia Myskina, who both won their first WTA titles here. But the tournament also gave an opportunity for local talents like Flavia Pennetta and Sara Errani, who could lift the trophy twice. After a four-year break, the race returned back to Italy in 2019 and was won by Swiss Jil Teichmann. Former world No1 Simona Halep will compete in the tournament 10 years after her last appearance here. She will be joined by other great players, let’s see who they are.

Online sportsbooks in Italy are giving the smallest odds, 3.50 for Simona Halep’s win. The Romanian two-time Grand Slam winner is world No2 at the moment and she has been in good form before the break. She reached the semi-final of 2020 Australian Open and won her 20th title in Dubai. So it’s not surprising that bookmakers are favoring the 2018 Roland Garros and 2019 Wimbledon winner. But of course, she will have several great rivals to face, like Petra Martic or Johanna Konta.

Martic has the odds of 8.00 on 1xBet and placed in second in the Palermo Ladies Open odds. The 29-year old Croatian has reached her career-best world ranking of No14 this January. It was a result of a successful last year when she won her first WTA Tour title in Instanbul. She also reached the quarter-final of the French Open and got to the fourth round in the US Open.

British player Johanna Konta is also mentioned in the favorites by online gambling sites in Italy. Konta is currently world No14, just ahead of Martic. But she has been in an even better position, in 4th place in 2017. The British number one has won three WTA Tour titles and reached the semi-finals of three Grand Slams (Australian Open, the French Open, and Wimbledon.) But she didn’t play much after last year’s US Open so we can’t be sure about her form. Still, Konta has the odds of 10.00 at the 1xBET Sportsbook just like another current top 20 player, Marketa Vondruosova.

The young Czech player reached the final of last year’s French Open but lost it against Australian star Ashleigh Barty. Still, it was a superb performance from Vondruosova who is a former junior world No1 and winner of two junior Grand Slam titles in doubles. She entered the WTA Tour in 2017. She won her second WTA singles event, the 2017 Ladies Open Biel Bienne at the age of only 17.

Former Grand Slam winners, Jelena Ostapenko and Svetlana Kuznetsova will also take part in the tournament though they are given higher odds for the final victory. Their current forms haven’t been so convincing, Ostapenko is world No 41 at the moment after the loss of form and injuries. While Russian Kuznetsova is currently 32nd in the world ranking. But she seems to be on her way to return to her best form after reaching the semi-final at Doha this year.