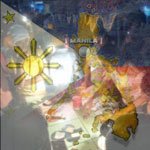 A new one-strike policy has been adopted in the Philippines by a newly created Philippine National Police (PNP) Anti-Illegal Gambling Special Operations Task Force (PNP-AIGSOTF), according to the Philippines gambling news.

Nicanor A. Bartolome who is chief director general of the Philippine National Police had stated the one-strike policy is aimed to push police chiefs to do more in an effort to curb illegal gambling in their locality, under accordance with the Philippine gambling laws.

The new policy quite clearly states that any successful anti-illegal gambling operation conducted by the organization will be a sure sign that the local police chiefs have failed to handle a given situation, and will lead to their removal.

The failed police chiefs are also said to be removed should two of their subordinate Police Community Precinct officers be relieved under similar circumstances. A move designed to bolster local police into moving against illegal gambling businesses in their area.

In further punishments, a the higher placed regional director will be removed from duty, when two of his subordinate provincial or city directors are removed, in a decision that will likely shake up the Philippines police forces anti-gambling section dramatically.

Under Presidential decree 1602, the PNP-AIGSOTF will have full control over all anti-gambling stings and even investigate the possibility that some of their fellow police officers may be corrupt, and have participated in illegal gambling in some form, as well as local government officials and employees who may have bet on sports in Philippines, or played illegal games.

The PNP-AIGSOTF will not be alone though, they will be assisted by the PNP Criminal Investigation and Detection group and the Special Action Force as the authorities begin to tighten their grip and reaffirm their resolve to crush illegal gambling in the Philippines.