Royal Ascot is more than just a milliner's showcase and has long been a cornerstone of the British racing calendar drawing massive crowds to this famous race course and attracting some of the best runners and riders in the world. This year Order of St George is back again and the smart money at Bet365 is backing it to win, but should you? There's a smorgasbord of other great horses running in this historic race and anything could happen, so let's take a look at all the Ascot Gold Cup odds. 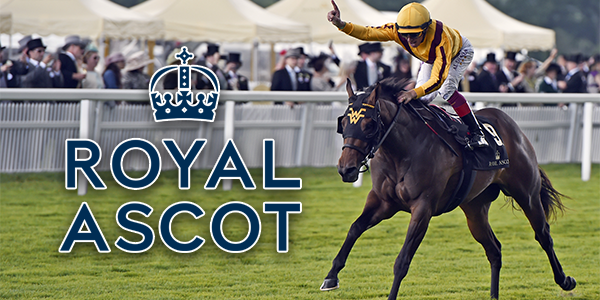 Queen Anne founded Ascot racecourse in 1711 and with the “Her Majesty’s Plate” race began a long tradition of racing on the estate. The first Gold Cup race proper, however, arrived nearly a hundred years later in 1807 under the watchful gaze of King George III and Queen Charlotte quickly establishing itself as one of the prestige horse races in the world, and betting on it is now one of the numerous annual casual “flutters” Britons partake in, but just what are the Gold Cup odds this year?

Well all eyes are on Order of St George because it won it the year before last and came second the last time the race was run, but does it really deserve the short Gold Cup odds it’s garnering at sites like Bet365 or will the punishing 2 mile, 3 furlong and 210 yards long race be a run too far for the six year old? Sure it’s won a couple of times this year but over distances far shorter, and although if you bet on sports in the UK at Bet365 this week a wager on R L Moore riding to another victory isn’t insane, there are other options.

This being Royal Ascot numerous horse owners and trainers have thrown their hat into the ring this year and at the outside edge of realistic possibility is the horse getting 66/1 at sites like Bet365; Scotland. It knows the course well enough but hasn’t shown the stamina to keep up with the front runners in recent races, and the same could be said of Mount Moriah getting 40/1 Gold Cup odds unlike Gold Star who appears unable to even make it to the race. After this things get more interesting.

French horse Max Dynamite might only get 25/1 but has shown marked improvement with a fourth place at York last month, although that was won by Stradivarius who is also running on Thursday and enjoying far better Gold Cup odds than the Mullins trained horse. Sheikhzayedroad gets 20/1 and could be a good each way bet if it can improve on it’s poor showing at Sandown back in March. Desert Skyline gets 12/1 and could well be worth taking advantage of UK gambling laws to back at Bet365.

Find All The Ascot Gold Cup Odds At Bet365

That said the top four horses are all going to be hard to beat to even a place in this race. Torcedor gets 15/2 at Bet365 at the time of writing, which is delightfully tempting however even more so is the horse closing up in the Gold Cup odds over the last few days. Vazirabad, owned by the Aga Khan, now recieves a slightly shorter 9/2, and those are the same odds Big Orange was getting when it rode to victory ahead of this year’s favorite Order Of St George. Could history repeat itself? We’ll find out.

If Order of St George has a real challenge to it’s 15/8 Gold Cup odds on the course it’s Stradivarius the Irish four year old who’ll be under Frankie Dettori. Entering the race on the back of a win at York over a mile and six furlongs this almost certainly the one to watch if you’re not planning on backing Order of St George to dominate UK gambling news headlines on Friday morning. Stradivarius gets 2/1 at Bet365 and frankly you’re going to have to stumble on a miracle to find a better wager this week.