Royal Family Predictions: What Will Happen to the British Crown?

News >Royal Family Predictions: What Will Happen to the British Crown? 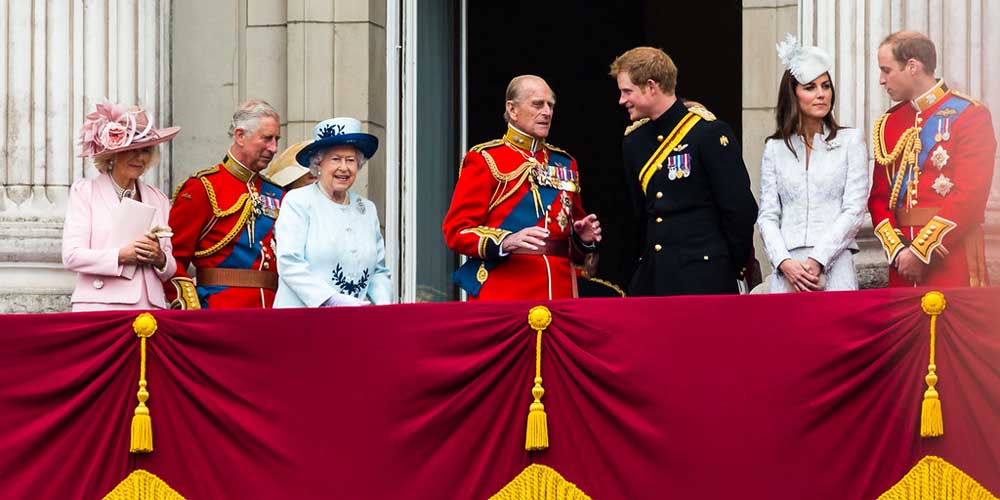 Buckingham Palace is experiencing another huge scandal. The spouse of Prince Harry Meghan Markle had an interview with Oprah Winfrey. She told that some members of the royal family were worried about the color of the skin of her future child and did not give her contact with the specialists during her depression. The revelations of the couple, in 2020, publicly abandoned from their royal titles and duties and moved to the United States, made a huge effect. According to the different experts, Megan and Harry inflicted the image of the royal family a crushing blow, from which the queen will no longer recover. In this article, we will talk about the royal family predictions.

British Monarchy is experiencing a crisis

The interview with Harry and Meghan was like a bomb. This “explosion” opened the contradictions accumulated over the years and decades, and not only inside the royal family but also in the British society. The conversation of a couple with Obrey Winfrey became the last drop that was overwhelmed by the cup. Sharp painful questions concerning the political device and the crisis of cultural identification, class prejudice, and undervalued racism came to the fore. What is happening now in the country can be called the “Cold Civil War”. Fortunately, people have no weapons, and they splash all their hatred on social networks.

On the one hand, yes, the monarchy is the most important institution, which is no analogs in the world. But on the other hand, has it become an anachronism? Previously, the crown saved Britain from serious revolutionary shocks, helped the state and people adapt to change. But did it end out of the blessed time? This is what is being discussed in social networks. Indeed, almost 50% of the British condemn the act of Harry and Meghan.

The symbol and leader of the struggle against the Duchess – in their way talented and bright Morgan Pier, leading the Morning program Good Morning Britain. He wrote that the interview was a shameful betrayal of the Queen and the Royal Family, the disgusting egoistic nonsense. Newspapers, which came out with the headlines “Palace in confusion after charges of Racism”, “The worst crisis of the monarchy over the past 85 years,” “Who is a racist in the royal family?”. Online gambling sites in the UK are also making their royal family predictions.

In the edition of Daily Telegraph on the first strip, a material about President Joe Bidenne appeared, allegedly supporting Meghan. His public support concerned only one small fragment of the interview, where the Duchess spoke about her psychological problems and suicidal thoughts. The US President believes that a frank conversation on such topics requires special courage. The newspaper presented the case as if the American leader almost joined the attacks on the royal family. Readers can conclude that Biden goes against the British monarchy.

It is clear that this publication is not for Americans, but the British. We are talking about a tough struggle between liberals and populist nationalists. Among the readers of Daily Telegraph, there are many fans of Trump. Here you see, the enemy of Donald turned out to be the British enemy. Therefore, the liberals supporting the head of the White House may become the enemies of the monarchy and statehood. This is just one of the numerous illustrations of the extent to which the interview with Harry and Meghan has become a factor in the domestic political struggle. Learn more about this scandal in our article about Harry and Meghan Markle’s Oprah Winfrey Interview before making your bets in the Bet365 Sportsbook.

Strangers at the court

After the interview, some began to compare Meghan and Princess Diana again. However, it seems that such a comparison is not entirely correct. Meghan – the Hollywood Star, a millionaire, and Diana, at the time of his marriage with Charles, was a naive girl without higher education and any knowledge of life. Colleagues of Meghan say that she is a very strong person, with an iron will, nothing can break it. Meanwhile, Diana was broken living in the palace. However, there is a very important overall circumstance: both princesses were in the palace of strangers to whom they did not know how to adapt to.

At one time, the famous interview with Princess Diana, which she gave the program Panorama Air Force, was perhaps an even greater “bomb.” Then, in 1995, conversations began that the royal family as the institute was outdated, lagging. However, some conclusions for themselves have made a crown since then. After all, the tragedy of Princess Diana began with the fact that Prince Charles was not allowed to marry a beloved woman. He was forced to look for a “more suitable pair.” It made it a deeply unhappy man, freely or unwittingly smelting his frustrations and irritation on a young naive wife. The tragic death of Lady Di shook the family and made her abandon the unnecessary, formal demands in matrimonial affairs. The heir to the throne was able to calmly marry Camilla. But what are the royal family predictions for the future?

Other changes like, for example, women finally equated to men in the right of the throne inheritance, happened after the death of Lady Di. Therefore, whose representatives who are now writing in social networks that since Diana has changed nothing, are wrong. However, Meghan’s story was doomed to a bad end. She was originally not suitable for the role of a member of the royal family, because it is hard work. Royals do not have the right to manifest emotions. They require the so-called “hard upper lip” and a permanent public smile.

Only those who are willing to fanatically dedicate all their lives to the ministry to the throne and monarchy can make it. Meghan was shocked by the fact that she immediately lost the passport, keys, driver rights. Indeed, the Duchess became the prisoner of this luxurious “prison” with a rather strict regime. American thought it would be the continuation of her Hollywood life that she would like to play the role of princess. However, the reality was completely different. Being already mature, held, and a successful person, she was not going to learn and change. This led to mutual hatred: the royal family bureaucratic apparatus did not accept her.

Indeed, the assistants could often not hide hostility to the “impostor”. In response, the princess allowed rudeness to them, and they often intentionally allowed leakage in a distorted form on the pages of the boulevard press. Well, the newsmakers seem to simply hate Meghan. They began to deal with the disappearance of the “stranger” from the family and Britain. They practically succeeded. However, unexpectedly Prince Harry chose to leave the courtyard and the country with his wife. Online sportsbooks in the UK are also making their bets on what will happen next.

For decades the crown was untouchable. People who are accustomed to scolding the government did not allow themselves to attack the monarchy. Elizabeth II especially enjoys the unique authority. It can be assumed that the interview will cause monarchy considerable damage. At the same time, the main test for it is still ahead, because its Majesty’s board is not forever. Therefore, in the foreseeable future, a monarch change is waiting. Heir to Prince Charles is not very popular. He is suspected of being worn and egoistic. When he rushes to the throne, he can recall the death of the headed Lady Di. Moreover, the alleged refusal to help in a difficult situation of his son will not help him.

However, now the republican movement, although not very big, again spoke that the monarchy is an expensive archaic institute, which has no place in modern society. Republicans are confident: interviews and the whole scandal around Prince Harry and Megan prove that it was time to come to end with this Slash Institute as soon as possible and finally stop spending the enormous money for the content of one strange family. Check the latest Weird British Royal Family Betting Odds.

Whether the monarchy is ready in the 21st century for serious transformation – is unknown. However, this is a very important question. While the royal apparatus reflects over how to respond to an interview, refute the “speculation”. But they would have to think about finding new forms of interaction with the society and the role of the monarchy. You need to flexibly adapt to rapidly changing circumstances. In the past, the Crown was not so bad with this coped. Let’s see the royal family predictions in the Bet365 Sportsbook and maybe Bet on Prince Harry to Join the Royal Family Back.