Seven Reasons To Gamble On Thursday This Week 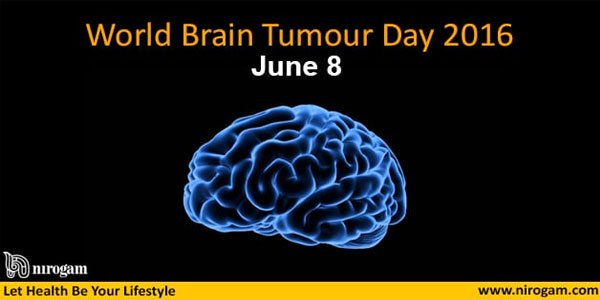 There comes a time in the tides of men, women and everyone else along for the ride, that the future is so uncertain and fraught that the only sensible response is to throw caution to the wind and this Thursday our planet faces just such a moment. Even if you don’t usually partake in the risk-reward world of gaming there are just too many good reasons to gamble on Thursday, here are seven of the most salient.

Not many bookies are giving Corbyn and the Labour Party much of a shot at winning the election (photo: bbc.com)

If you like to bet on sports in the UK at Bet365 there is simply no bigger game in town than the general election with Teresa May attempting to remain strong and stable whilst left-wing challenger Jeremy Corbyn continues to defy expectations. You can get a 7/1 on Labour pulling off an amazing victory and that’s the sort of gamble on Thursday that shows the only way anyone will profit from the general election as Britain faces up to turbulent waters ahead as the Brexit negotiations loom.

“It must be Thursday. I never could get the hang of Thursdays”

The Former head of the FBI James Comey sacked by Donald Trump for not stopping investigating the ties Donald Trump has with the Russians (a hostile foreign power, look on a map) will testify before the US Senate so you can safely gamble on Thursday being possibly the most controversial day of the Trump presidency so far. With the possibility that Comey will denounce Trump as a Manchurian Candidate and there’s every reason to fear a bloody last stand at the White House. Impeachment currently gets evens at Bet365.

The Emir of Qatar will soon address the nation on the ongoing crisis in the Gulf (photo: aljazeera.com)

Qatar, the richest country in the world, is currently under siege by its friends and neighbors in the Gulf States for rather blatantly giving money to ghastly people under a pathetic pretext. It is wholly alarming what their opulence might have purchased in terms of chemical, biological or nuclear weapons and just what they might do with it, so if you need a good reason to gamble on Thursday the possibility of an a Hugo Drax esque revenge scenario by Qatar that ends the world is probably as good as it’ll get.

A brewing crisis in a trouble hotspot, a British general election and the possible downfall of a President are, of course, as to nothing when compared to having a brain tumor. Although frankly I think you can gamble on Thursday being quite close all things considered. It’ll certainly be a headfuck one way or another and if you’re in the UK gambling laws of democratic succession mean it’ll just be business as usual, or in the US thinking it won’t matter or in the Gulf thinking it’ll all just blow over, get yourself checked. You’ve probably got a brain tumor.

5. The Clooneys Have Started Breeding

George and his wife Amal now have twins (photo: hellomagazine.com)

You may as well head on over to Bet365 to gamble on Thursday because the Clooneys have just had two children which means the master race has begun to be assembled and those of us that don’t measure up to the standards of the new world gorgeousness will be eradicated by a genocidal army of glamour models led by Melania Trump and Brad Pitt just as soon as they can figure out how to infuse the Clooney twins with whatever makes that Trudeau guy from Canada look so damn cute in a kayak.

• Is Clooney Breeding Master Race?
• Does Qatar Have Nuclear Weapons?
• Is A Mini Moon Cheaper?
• Will Donald Trump Come Quietly?
• Do You Have A Brain Tumor?

It doesn’t matter if you call it a horse moon, a rose moon, a strawberry moon, or indeed, a Lotus moon, all you have to know is that unlike the so frequently mentioned “super moon” this will a “mini moon” with the earth’s satellite appearing a good 14% smaller than usual. Frankly if even the moon wants to be as far away as possible you just know something major is going to go down, and with such uncertainty written into our short term future you’d be cravenly cautious not to gamble on Thursday at Bet365.

We none of us can see the future, humans aren’t designed that way, so we each and everyone gamble pretty much all the time. We can make judgments on how likely things are to happen or not, but in the end we’re just guessing and can often be disagreeably surprised. Anyone in the UK gambling news on Friday, for instance, will be of this or that result could be wrong, and their gamble on Thursday may or may not pay off, regardless of how they vote, and indeed on a bigger scale Friday itself can’t be counted on. Not anymore.