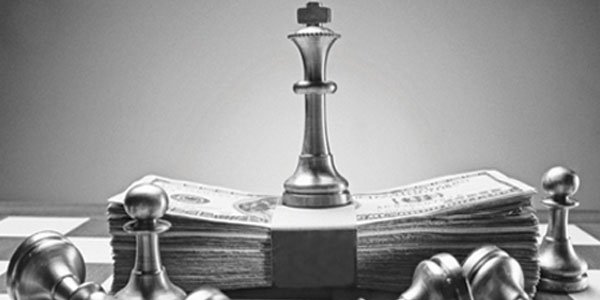 I had always believed Chess to be an ancient civilized game that taught much about strategy, forward planning, and taking advantage of your opponent’s mistake, but apparently Sheikh Abdullah al-Sheikh disagrees with me and has taken time on television to underline the ban on Chess in Saudia Arabia.

Sheikh Abdullah al-Sheikh (so good they named him twice) is the Grand Mufti of Saudi Arabia which makes him sound like a rather ornate footstool but in reality means he’s the most senior religious figure in the country and, as such, is the top Wahhabi Muslim religious and legal authority they have.

Appointed by the King, because being one of Allah’s representatives on Earth is nothing without a nice office, the Grand Mufti is head of the unimaginatively and rather bluntly named “Permanent Committee for Islamic Research and Issuing Fatwas”.

If that brings to mind a secretive cabal of old men sitting around in darkened rooms weighing up how best to control the masses you’re living in the past, Sheikh Abdullah al-Sheikh does his fatwa issuing on television, and this week decided that Chess was objectionable enough to strike out against as being something people who like to bet on sports in Saudi Arabia might be wagering on.

Unlike Western religious figures who hide away behind more theatrics than you’ll ever get at Saddler’s Wells, Sheikh Abdullah al-Sheikh was taking part in a TV show where viewers could call in with their minor religious inquiries and get guidance from the top bod himself. Don’t see the Pope trying that, eh?

A viewer asked about the ancient game of chess and was told that it was “included under gambling” and was, to quote Sheikh Abdullah al-Sheikh, “a waste of time and money and a cause for hatred and enmity between players”. Which might, if we’re honest about it, be laying it on a bit thick.

Claiming a line in the Qur’an banning “intoxicants, gambling, idolatry and divination” was legitimization enough Sheikh Abdullah al-Sheikh joined his Shia counterpart in Iraq, Grand Ayatollah Ali al-Sistani, in forbidding the game to be played.

What do you do when you are not good at playing  a mind and skill game? You forbid it. (Photo: Sheikh Abdullah al-Sheikh by Hassan Ammar/AP)

Not that anyone will stop playing Chess because of Sheikh Abdullah al-Sheikh, his view whilst the last word on the subject, is often taken in an advisory capacity rather than that of strict edict, and there are several other minor contraventions of strict Islam often overlooked too, music for instance, and most people are gambling news of the ban will merely make Chess something to be frowned on or tutted at.

What is perhaps more salient about this judgment from upon high, certainly for all of us here at Gaming Zion, is that according to Grand Mufti Sheikh Abdullah al-Sheikh there is apparently a great untapped hoard of chess gambling freaks in Saudi Arabia to which we have addressed little or no attention. We are entirely remiss, it would appear.

Obviously we must rectify this immediately and over the next few weeks we shall be looking into Saudi Arabian gambling laws, keeping you up to date with all the latest odds on Saudi sports and, of course, be focusing on the extremely interesting world of illegal Saudi Arabian chess gambling*, apparently rife upon the streets of Riyadh.

Naturally the more technically adept amongst the Saudi population that enjoy gambling as a form of recreation probably don’t bet on chess, preferring horse racing, the Premier League or the same casino-esque games the rest of us do, and wangle the use of overseas websites, such as Bet365 or BetVictor.

Everyone knows this but whilst banning Chess makes for a great segment on day-time TV, banning the net would start a revolution, and although Sheikh Abdullah al-Sheikh has made himself look a bit of a silly old mufti, neither chess nor gambling, are really under any more threat than they were before he spoke.