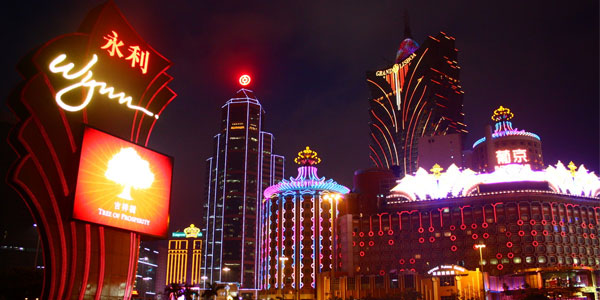 Whilst the MGM Hotel in Toronto plans the sort of super casino North America doesn’t really need, one big name from the world of gambling is betting Macau is still the place to invest and has added yet another casino to his brand on this one time Portuguese colony now under the thumb of a rapidly less tolerant China. Sheldon Adelson’s casinos have been a license to print money, and Macau has made him a tidy sum, but in light of recent economic realities setting in, does the Parisian Macau make sense?

Under Xi Jinping the Chinese government’s crackdown on corruption and criminality is now well into its third year and the toll it has taken on the traditional gambling exploits of high rollers in Macau has been notable, leading to a 26 month slump in takings, with many staying away fearful someone might ask them where their money came from. Add to that a limit on visas, a curtailing of junket operators and the smoking ban and Sheldon Adelson’s casinos in Macau have been making less than he’d hope.

So why is the Las Vegas based billionaire doubling down on this exotic eastern gambling paradise? In the past government crackdowns have worn off over time, but this one keeps on rolling, so just what is the deal with The Parisian, complete with half-size Eiffel Tower, being added to Sheldon Adelson’s casinos in Macau when everyone knows Chinese gambling laws aren’t going to change any time soon? What is it that Adelson sees the rest of us don’t? Or is the embodiment of everything that is wrong with Capitalism just getting it wrong?

An artists rendition of the future Parisian Hotel in Macau

Did Bet365 Benefit From The Chinese Crackdown On Macau?

“We’re aggressively and continually lobbying for other locations throught the Asia Pacific countries.” Said Adelson at the grand opening of the faux-French gambling experience new to Sheldon Adelson’s casinos list. “We’ve been looking at Japan, Korea, Vietnam, Thailand.” He continued admitting that “There doesn’t seem to be too much more growth here.” Which is an understatement to say the least and more than a little glib given the 83 year old magnate is so heavily invested in the place.

Managers of Sheldon Adelson’s casinos would point to the 1.1% rise in takings that broke the downward trend as being the green shoots of recovery, but critics wouldn’t accept that until they see at least three consecutive months of growth. Chris Kwai of China International Capital Corp said even this small rise would have a big impact on the “market sentiment” and so perhaps The Parisian opens at precisely the right moment, Adelson along with the venture capitalist Chinese gambling news of the return to Macau of wealthy recreational gamblers from across the region isn’t all hype.

“We have some ideas for additional growth here in Macau, but not any major integrated resorts like the opening of Parisian,” Said Sheldon Adelson, “I do look to Europe, to build a Europe Vegas, but we couldn’t negotiate the kind of terms we needed.” Which is his way of saying that Europe’s political system doesn’t allow for the kind of bribery (sorry, I meant ‘donations’) the US political system is based upon. Sheldon Adelson’s casinos littering Europe, already well served by Bet365, may be a long way off but then so is any real chance of him finding openings anywhere else. Perhaps his luck has run out.

Which European country would be most likely to host a Las Vegas-like city? (photo:daringpenguin.com)

The efforts to get gambling legalized by Japanese Prime Minister Shinzo Abe have run into treacle slow consideration, his efforts to block all internet gambling in the United States with the “Restoration of America’s Wire Act” (or RAWA) completely failed, and to cap it all off one of his long time rivals, Donald Trump, is apparently just a few of Hillary Clinton’s sneezes from the Presidency. If you and I sometimes bet on sports in China when our luck is running bad, the expansion Sheldon Adelson’s casinos in Macau in the shape of the Parisian is him doing just the same, only on a much, much bigger scale. Only time will tell if he wins out.