Should You Still Bet on Lionel Messi to Sign for Man City?

News >Should You Still Bet on Lionel Messi to Sign for Man City? 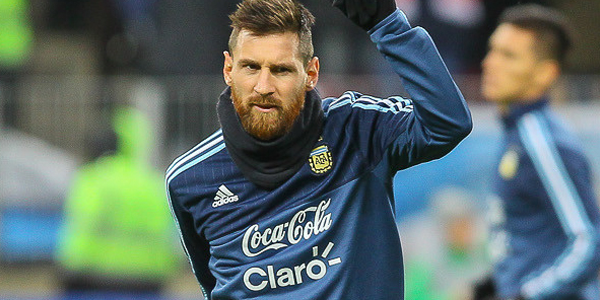 Man City have been chasing the brilliant Barcelona star for two years and they offered him an astonishing €100 million signing on bonus when his Barcelona future appeared in doubt last November. Did Man City drop their dream forever, or it is still worthy to bet on Lionel Messi to sign for Man City?

Online Sportsbooks in United Kingdom believe that Pep Guardiola would have loved a reunion with Lionel Messi at Manchester City. Yet the five-time Ballon d’Or-winner has committed his career to Barcelona for the next five years on last November 25, with a buy-out fee set at an eye-watering €700 million. However two factors would play an important role if Messi is to move to the Etihad Stadium at anytime later. Check the two factors before you consider placing a bet on Lionel Messi to sign for Man City.

The impact of Catalan Independence

Although the Argentina international signed a new deal with the La Liga leaders to keep him tied to the club until June 2021 with a release clause of €700 million, according to online sportsbook sites Messi would not have to pay that astronomical fee if Catalan independence has an impact on Barcelona’s status in La Liga. If Barca will to leave the Spanish top flight and were unable to join the English, German or French leagues, Messi would be free to leave Camp Nou, and Manchester City will be able to revive their dream.

Guardiola might stick with the Citizens for a while

We all know that if Messi is to consider moving to the City, it will probably be during the managerial tenure of Pep Guardiola. The Catalan is halfway through a three-year contract at the Etihad Stadium, and his men are undefeated and with a 15-point lead in the Premier League. They are into the Champions League last-16 and contemplating an EFL Cup Semi-final against Championship club Bristol City. If Guardiola completes the task he will probably renew his contract with the City.

On the other hand, The Argentine will not stay on his prime for a long time. He is 30-year-old now, with over 500 games on the clock and on the verge of getting physically weaker year-on-year. When time comes Pep Guardiola may succeed in signing Messi in.

Where to bet on Lionel Messi to sign for Man City?

If you think those two factors may play an important role anytime soon in the future plans of the Barcelona’s all-time top scorer, and if you wish to see the Argentine brilliant wear City’s shirt, then go to Unibet Sportsbook transfers section. To bet on Lionel Messi to sign for Man City during the managerial tenure of Pep Guardiola, the odds are 4.50 for a yes, and they will be available until January 31.