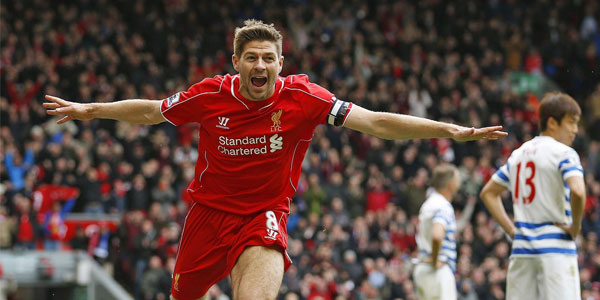 After one of the most successful career in UK football history, Steven Gerrard has retired from professional sports.

Steven Gerrard first joined Liverpool FC in November of 1998 as a last-minute substitute for Vegard Heggem. Nerves and a lack of experience were tough for the Whiston native, who struggled to find much success in his first two seasons. Gerrard recalls this time as a learning experience, telling the Guardian, “I was out of position and out of my depth.”

Eventually, Steven began to get more comfortable playing in games, and became a regular fixture in central midfield. Over the next 16 years, Gerrard became one of the most recognizable faces in UK football, and made UK gambling news by winning 114 caps and captained the national team during the 2010 and 2014 World Cup.

As of just a few days ago, Steven Gerrard has retired. He will leave behind an amazing legacy that young players should aspire to. Now, let’s take a look at the current team’s betting odds set by Bet365

Where to bet on Liverpool FC’s next game

As of now, Liverpool is one of the best teams in the UK. They are currently in second place in the Premier League rankings, with 8 wins, 3 draws, and just one loss. The team boasts an impressive number of top players including Diego Costa, Sergio Aguero, and Sadio Mane, among many others.

What do you of the news that Steven Gerrard has retired? Where does he rank among the best footballers in the UK? Tell us what you think by leaving a comment below, and make sure to check out GamingZion’s list of online sportsbooks in the UK to find all the best sites for betting on football!