T1 Special Betting Odds – The SKT Dynasty Is Coming Back 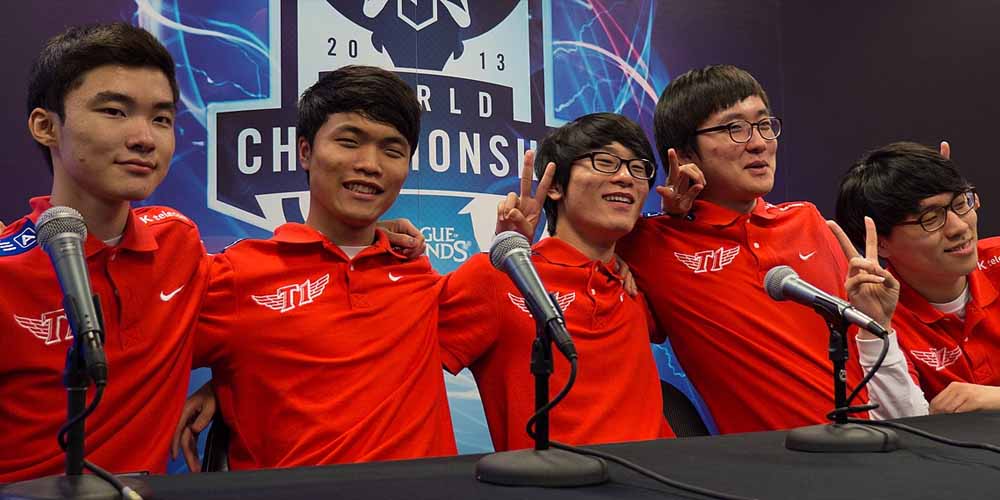 These T1 special betting odds are nothing new, however, they are worth betting on. Every single T1 or League of Legends fan has heard the name of Faker, and this year he has the perfect team to compete to make another T1 Dynasty. If they are going to win the current MSI, then you can expect an insane amount of T1 special betting lines. Because it is one of the most hyped-up teams of all time.

The 2022 MSI has begun, and with it, T1 is considered to be one of the best teams in the whole professional League of Legends scene. Therefore, if you are a fan of Faker or his team, T1, then you will like these T1 special betting odds. Because in this season, it seems as if T1 is going to retake their World Champion title. Therefore, T1 has no competitors, even among top-tier teams, there is no such roster as theirs. Surely, there are better players on individual lanes. However, as a team, they are nearly undefeatable in the current state of the game. If they are keeping up like this, then this might be the beginning of another T1 Dynasty. The online sportsbook sites in the UK have opened up T1 special betting odds to complement the MSI betting odds.

It isn’t rare to see out of tournament betting lines and special wagers on certain teams if they are performing better than the rest. Therefore, the T1 special betting odds can be expected to appear in all regions and sports betting sites. Therefore, even if you can not find too many special odds at the moment, keep an eye out for the keywords of T1 or Faker. There are special betting odds available already at whether T1 is going to win the Worlds or not. However, there are going to be betting lines about the individual KDA and win rates of the teams. Furthermore, if T1 is going to win the MSI or the Worlds, then you can expect upcoming wagers about how long they are going to hold the world championship title.

The History Of T1

League of Legends teams is just like any other sports teams in the world. Except they are playing video games on a professional level. Therefore, we have already covered other teams. For example, you should check out the history of TSM. However, there are no teams such as T1, formerly known as SK Telecom. The T1 special betting odds are always hyped up because the team owns the best player in the game, Faker. His skills are unmatched, and he has always been performing way better than other players do. His plays are quick and hard to follow, sometimes making the narrators think that he died, while it was his killing. Therefore, he and his team have received the World Champion title three times. The community refers to this era as the SKT Dynasty.

According to LoL Fandom, this year T1 has created one of the best possible rosters in the entire professional league. Therefore, they have the Best LOL players in 2022 contracted into the team. These players are going to represent the team of T1 in the upcoming championships and tournaments. Online sportsbook sites were quick to jump on the possibility, placing 10x odds on any team that is matched against T1 in the current MSI. If they are going to win this tournament, then they will be one of the most hyped teams out of all. At the moment, T1 is not even on their fullest roster, because their ADC is a replacement player. Therefore, if other teams are taking advantage of it, and they will pressure Botlane, they might have a chance against T1. The T1 special betting odds are going to be about the following players:

According to Dot Esports, the MSI 2022 schedules are out already. And T1 is in the same bracket as the teams who have the best chances of going against them. However, most of the sportsbook sites are not giving any odds to the teams competing against T1. Therefore, it is just natural that there are T1 special betting odds available on the side. While the currently available betting is not complex or long, it is way too early. Because you can already bet on whether T1 is going to win the world championship or not. These championships are held before Christmas. This means that there is a half-year waiting time for the results of this betting line. The betting line is the following:

Will T1 Win The World Championship?

According to Upcomer, thanks to T1, whatever championship they participate in, is going to become one of the most exciting ones. Because every year, there is a special place for the question: Is any team going to outperform the team of T1? There are years when they are falling back, and when better players are showing up. However, the team is always coming right back up to the first or second place. Therefore, it is always an inconsistent question every year. This is why it is exciting. Almost everyone loves T1, and the vast majority of the League community acknowledges their skills. While in other sports, the fans of different teams are often arguing. In here everyone thinks that Faker is hard to criticise. This is why the t1 special betting odds are worth wagering on.

As a conclusion for the T1 special betting odds, people can agree to disagree, T1 has always been one of the most iconic teams in the League of Legends competitive scene. Therefore, you will always find T1 special betting odds at different sportsbook sites. Because even if the team would disband, it is certain that people would bet on the next team of Faker, or whether the team is going to be remade under a new name, but with the same roster. If LOL is not your eSport, then we have a guide that helps you how to pick the best esports. If you wish to bet on the T1 special betting odds, then visit 22Bet Sportsbook, and make sure to wager before the wagering period is over.