Texas Keeps Making Your Bet On The US Midterm Elections Easy 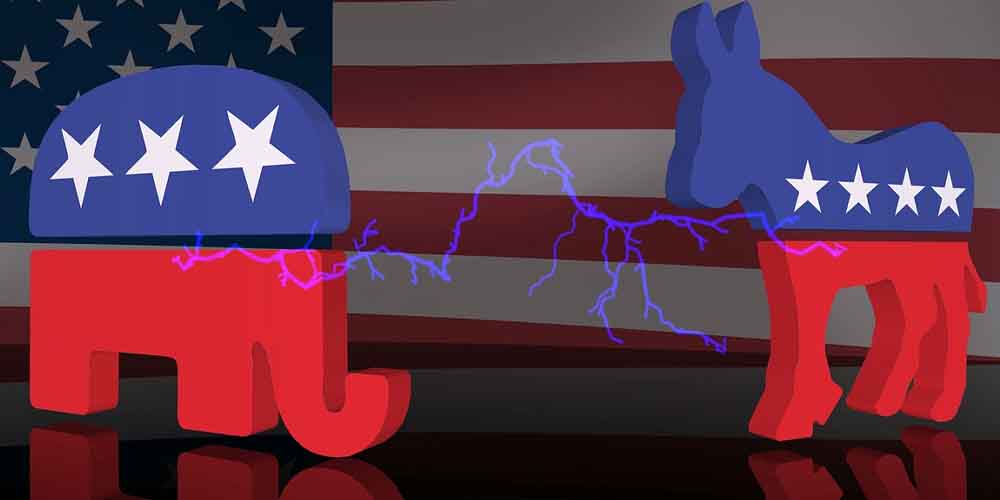 You can always bet on politics in the US to entertain. Especially in the post-Trump era. The GOP find themselves on the back foot but the Democrats are blunting their own attack. Just when they need to present a united front, they’re squabbling amongst themselves. Fortunately, voters may not care about infrastructure as much as they do avoiding living in Texas. Indeed Democrats can now probably rely on Texas to make them a safe bet on the US midterm elections in 2022.

By rights, the GOP ought to lose seats in the next election. They control individual states which have strode ahead with voter suppression, LGBTQ discrimination and an attack on women’s rights. Texas, now the poster-child for Conservative control, has led the way, but other states have followed. Therefore, any Democrat candidate wishing for election merely needs to draw the obvious comparisons for voters. So the GOP ought be a poor bet on the US Midterm Elections.

Naturally seeing men on horseback whipping black people in Texas energizes Democrats. Like the attacks on gay rights and women’s rights it simply fuels the fire. However, the Republican Party in Washington isn’t concerned. The GOP won’t bet on the US Midterms Elections next year changing anything. They know the real battle is over the filibuster. Anyone in the US gambling laws pertaining to procedures aren’t important is about to find out they’re paramount.

Joe Biden Faces Battle Inside His Own Party

The filibuster, giving anyone the right to veto anything in essence, is a vestige of a bygone era. Sadly it is an era the GOP wish to bring back – and if you want to know what that era looked like just look at Texas. Rather more unfortunate for the USA, however, is that you can bet on the Democrats to fail at removing it. So, they might be a good bet on the US midterm elections, but could easily still find themselves virtually powerless. Progress held hostage by political vultures.

The bookies still offer relatively good odds on the Republicans, mostly because of the odds on the Democrats displaying unity. They can’t even agree amongst themselves on a simple (albeit it quite pricey) infrastructure bill. You can hardly take hope from that. Indeed, you can bet on the Republicans savoring the distraction. However, that bet on the US Midterm Elections at online betting sites in the US like Bovada is still simple. None of this plays well for Republican PR.

In this day and age, the GOP will find it quite hard to defend a piece of antiquated procedure. The justification of compromise almost laughable in such a partisan era. Likewise they won’t look all that sensible attempting to justify the Conservative excesses of Texas and the like. They make the Democrats look like the only bet on the US Midterm Elections for sensible people. Especially when their glorious leader, Donald Trump, continues to add a new level of unintentional levity.

Donald Trump, like Texas, is only going to damage the chances of anyone putting a bet on the Republicans. He currently plans to sue the White House to keep secret the events of January 6th. That really won’t look good. So whilst you can bet on the US Midterm Elections at online sportsbook sites in the US like Bovada, there’s not as much choice as you’d think. The GOP are a PR train wreck getting worse, and people are used to the Democrats arguing with themselves.

We take a look why your bet on the US Midterm Elections in 2022 is quite easy and gets easier the more the GOP defends the indefensible.