The Future Of Gambling Is Virtually Here Already

News >The Future Of Gambling Is Virtually Here Already 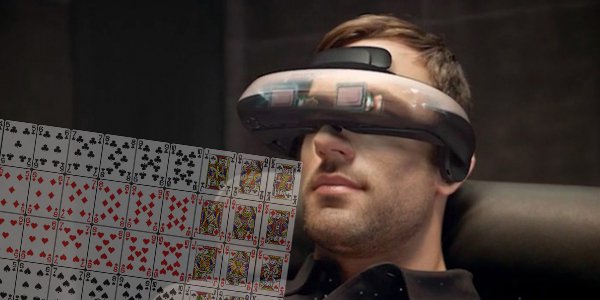 With a battle raging in the US over the development of the online gambling market we look at the futures on offer and see if we can assess where gambling is headed.

The future of gambling, in the short term at least, looks like being a straight shootout between physical locations and the internet’s world of online gambling. This puts the ease and convenience of gambling via the net up against the more traditional and well-established bookmakers and casinos.

Obviously the sizable investments these require mean that both sides of this upcoming battle have garnered supporters and investors looking for a favorable result and even more favorable profits. Nowhere is this more starkly evident than in the United States where polarization is a national sport.

Late in 2013 George Soros and an assortment of other hedge fund managers and billionaires made a massive bet on the future of online gambling sites in the US. This despite only three states offering online gambling licenses thus far.

Their half billion dollar investment in the Caesars Acquisition Co., based almost entirely on its ownership of massive online gambling assets, seen as a well-placed vehicle should more liberalization take place in the US. But will it? A major player in the gambling business thinks not.

The legend that is Sheldon Adelson, world’s fifth richest man and CEO of the Las Vegas Sands Corporation that operates casinos the world over has bet against them. Not only that but he has unleashed lawyers and lobbyists by the hundred to prevent online gambling gaining wider acceptance in the USA.

The fact that a casino operator, one of the largest at that, is backing the “Coalition to Stop Internet Gambling” might seem a tad self-serving or risible but Mr. Adelson has vowed to spend whatever it takes. It might cost him a lot, but then he spent $100 million completely failing to get a Republican elected President.

He is deemed by those in the know to be unlikely to prevent online gambling gaining a far larger share of the gambling market within the US over the long term. In the short term however it is thought he could significantly slow this encroachment of competition by stopping online casinos in US moving into the larger states.

It remains to be seen if states like Florida and California will resist his somewhat hypocritical moral crusade in light of their ongoing economic problems. The revenue increases to be gained from accepting legalized online gambling will almost certainly become harder to ignore as time progresses.

Of course the US is far from alone in having this discussion, although they are perhaps doing it bigger and louder than everyone else. Across the globe traditional gambling centers are having to adapt to the rise of the internet and the shift in focus of physical gambling markets.

The future’s so bright you gotta wear shades…or maybe a VR headset.

• A war is brewing over online gambling sites in the US

• Is gambling headed into orbit and beyond?

The relaxation of Chinese gambling laws might have made Macau flavor of the moment with 20% growth and huge investment but some are looking much further into the future and trying to place themselves best to take advantage of the opportunities that will arise.

Are we likely to see the death of the traditional casino as technology develops to replace it? Why spend money traveling to Vegas if your mobile device (perhaps linked to a chip in your head) can bring Vegas to you as a virtual reality construct?

Virtual reality is often dismissed as being a technological cul-de-sac, people preferring augmented reality as opposed to a flat out replacement for it. However gamblers might be more open to a discrete private reality in which they can enjoy their gambling.

We’re likely to see the technology for that arrive far sooner than you might expect as processing power continues to grow and graphics rendering becomes ever more realistic. This might represent the only future in which the physical and online gambling universes come together rather than attempt to destroy each other.

Virtual reality has the advantage that it still employs croupiers and staff to interact with the customers where tradition online gambling tends not to. However there will always be a selection of people who like the tactile nature of gambling in the real world and won’t want that replaced even by a clever facsimile.

For these people there will need to be ever greater and more spectacular locations in which to gamble. It doesn’t take much imagination to picture a casino in orbit, or even on the moon. Space tourism might be in its infancy at present but when a trip to the moon is no more complex than a family holiday who wouldn’t want to play zero-G craps or moon rock roulette?

At present the battle rages between physical and online gambling entities, in the future it might be fought more between the real and the virtual experience. Not everyone is going to be able to afford the shuttle ride to the moon, but a simple VR headset might suit them just fine.
Here’s more info about the world of gambling.