The Odds On England Start To Languish As They Under Perform 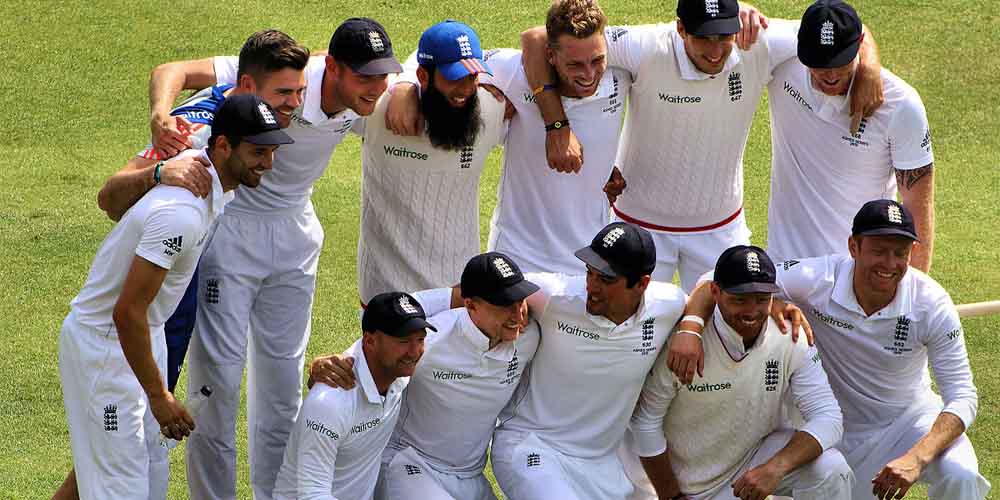 After their humiliation at the hands of New Zealand, the odds on England recovering to beat India or, later on, Australia in the Ashes, look ridiculously remote. Their mentality was all wrong, their technique dire and their strategy insane. So that’s why online betting sites in the UK like Bet365 now give them such long prices to win the Ashes. From the selectors on down England got it all completely wrong and no one is quite sure if they’ll be able to correct the errors in time.

Up to £100 in Bet Credits for new customers at bet365. Min deposit £5. Bet Credits available for use upon settlement of bets to value of qualifying deposit. Min odds, bet and payment method exclusions apply. Returns exclude Bet Credits stake. Time limits and T&Cs apply.
Visit HereBet365 Sportsbook review
So the crowd literally laughed them off the pitch. Whatever hopes England had of reviving its Test Cricket fortunes they were smashed. New Zealand didn’t just beat them, they demolished them. No one had seen such a devastatingly poor performance from England in the last thirty years. It was so appalling.  So atrocious. So laughable. Worse still the odds on England sorting out its issues in time for August and beyond are just as silly. They don’t even really admit having a problem yet.

“I think it would be the wrong time to start panicking.” Said Captain Joe Root at the precise moment everyone ought to panic. A national side falling to an 8 wicket loss at home isn’t a cause to panic? Are you sure Joe? There will be a lot of people who like to bet on sports in the UK who’ll look at the latest odds on England and disagree. Just weeks ago England were on a high, a seemingly great bet on Test cricket, now they appear on a hiding to nothing. Joe doesn’t think so.

Australia Eclipse Odds On England In The Ashes Already

“Every single one of those guys have proven they can score big Test runs.” Said Joe Root of a team that had singularly failed to do so against New Zealand. They’d looked pathetic. The crowd laughing was entirely apt. Their alternative was weeping. The odds on England managing any sort of result against India in August or Australia in the Ashes are silly now. Something the selectors blamed on a lack of experience, despite, obviously, having chosen the team in the first place.

“New Zealand schooled us a little bit this week.”

So Chris Silverwood can mutter about inexperience, but just who in the side is he referring to? They’ve all played in over a dozen tests. New Zealand brought along a kid who scored 200 on his Test debut. See the difference Chris? So you can bet on Australia laughing themselves hoarse at that silly excuse. Anyone in the UK gambling laws of causality might see Root’s side improve now and the odds on England recover prior the Ashes is simply kidding themselves. It won’t happen.

Bet365 Will Give India Better Odds Against England

So moving forward a bet on India seems in order, and one on Australia imperative. A bet on England certainly isn’t going to do you much good. They get barely get 11/4 to win the Ashes now. Which are frankly quite generous odds on England at present. I think by the time the side arrives to play the Ashes those will elongate. As for India beating England at home, the odds on India will tempt many to think they can. The rest will know it after watching England lose to NZ.

Odds On England In The Ashes

Sadly for England between now and August they’ve some short-form cricket duties. Eoin Morgan and his lads will take on Sri Lanka and Pakistan. They have a good chance of winning which will, alas, distract fans from the distress of the Test cricket side. So, the odds on England were, for a while, a good risk. Now you’d have to be clinically insane to take up the prices offered on them at online sportsbook sites in the UK like Bet365. They just don’t have a hope.

We take a look at why the odds on England should probably be even shorter against India and Australia after their embarrassing defeat to New Zealand.