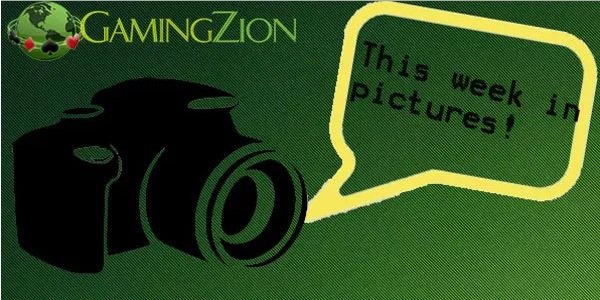 With the NSA already embarrassed it was the CIA’s turn to look appallingly bad at its job with the Senate Intelligence Committee report into their activities detailing a laundry list of human rights abuses disguised as enhanced interrogation techniques about which the oldest of the American intelligence agencies then lied to everyone including the White House, although the report did make clear the George W Bush White House was informed of the program in 2006, which is only salient because George stated on camera in 2007 the USA didn’t torture people, despite rectal feeding being hard to describe any other way.

Despite a final agreement that for the first time brought both developing and developed natures under the same umbrella, the marathon session of UN negotiators in Lima, Peru, produced an agreement on combating climate change that does very little to actually combat climate change. Nations agreed to produce figures on by how much they’d cut carbon emissions but left more tricky decisions to be made at another time leading many to be critical of the diluted nature of the agreement that still leaves many small island nations under threat.

Japanese Prime Minister Shinzo Abe’s gamble on a snap election paid off last week as his Liberal Democratic Party won a comfortable majority of seats in parliament and will command an all important two thirds majority in conjunction with the Komeito Party of buddhists who won 35 crucial seats. The election was very much seen as a referendum on Mr Abe’s so called “Abeomics” economic reform program that includes larger government spending and restructuring of key sectors such as healthcare and energy and with his new mandate it is expected for the sixty year old to push forward with them despite opposition.

In sport the athletic world has been rocked by yet more allegations of doping, this time made in a German television documentary, involving competitors from various nations the accusations have left Russia denying its officials sold banned substances and masking agents to avoid detection, with the IAAF stating it, and WADA (the World Anti Doping Agency) will be looking into the numerous charges made. Will they find out, as some suggest, that the situation is as bad as it has been since the nineteen eighties? You’ll have to read our daily news pages to find out, but in the meantime lets look at what hit our headlines last week.

1. Amaya Inc suffered an 18 percent drop in shares after an investigation into their latest acquisition had been announced. The inquiry will be lead by Quebec’s Securities Regulator AMF.

2. NJ Division of Game Enforcement’s most recently published figures show further decline in revenues, and an increase of market share by online operators.

4. A landmark decision of an Austrian court may provide a dangerous precedent, awarding a compulsive gambler €440,000 from gambling operator Novomatic..

PERFORM committed to driving the value for all WTA members and partners  (Photo: ibtimes.co.uk)

6. A look at the purchase of the former Showboat casino in Atlantic Cityby a local college and the implications that might have for Governor Chris Christie’s political ambitions.

7. Some results of the Primera División week 15 really turned the odds over. Defending champions Atlético losing at home to Villarreal and Barcelona not being able to defeat Getafe gave Real Madrid some breathing space in the lead.

Some of the big teams couldn’t clear the obstacle in week 15  (Photo: theglobalherald.com)

Protest marches continued in the US last week with numerous marches, demonstrations and arrests, in New York, Boston and Washington following the spate of deaths of unarmed men at the hands of the police for which no charges were brought. The most notable of these a silent protest at the prestigious Harvard college, that unfortunately coincided in time and location with the annual tradition of a naked, typically quite drunken, fun run by male students. The ensuing meeting of motives was quite the education for all concerned. Will Harvard recover from this encounter? You’ll have to read our daily news pages to keep abreast of developments.