Two Players to Watch During the 2016 World Series 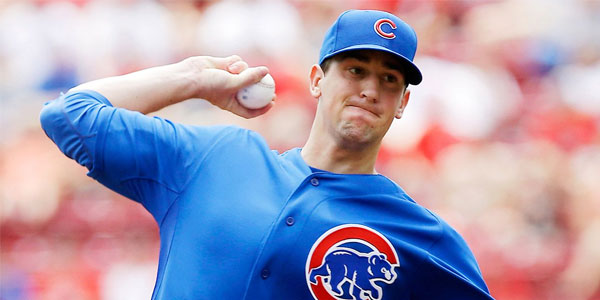 The first game of the 2016 World Series kicks off tomorrow. Here are two players that you should keep an eye on.

The Chicago Cubs are on the brink of winning their first World Series in over 100 years. In their way stands another team hungry for a World Series victory in the Cleveland Indians, who with a win would make US gambling news by becoming the second major Cleveland sports team to win a championship trophy this year.

Kyle Hendricks has emerged as perhaps the best pitcher currently in the MLB. He holds the lowest ERA in the entire league at 2.13, and is considered one of the key reasons the Chicago Cubs are playing in the 2016 World Series, and are the betting favorites, according to Bovada.

Kyle Hendricks’ shining moment came in game six against the Los Angeles Dodgers. He threw for an astonishing 7 ½ innings, allowing only two hits with zero walks. “Once (catcher Willson Contreras) and I were on the same page and clicking, it was just like any other game.” He told the media after the game.

Many MLB betting experts are predicting it will be Hendricks’ pitching that secures the Cubs World Series win, and with the help of an amazing list of offensive batters, that now seems more likely than ever. The Cubs’ odds to win the World Series are currently at -185.

How About the Cleveland Indians?

Despite the incredible ability of the Cubs lineup, the Cleveland Indians aren’t tremendous underdogs, with Bovada odds of +165. A number of Cleveland’s players have also emerged as stars this season, in particular Corey Kluber, who will likely be the starter for game 1 of the 2016 World Series.

Corey Kluber has been key to the Indian’s success this season (photo: alchetron.com)

Kluber held a 15 ½ scoreless streak heading into game 4 of the series with the Toronto Blue Jays, but a homerun by Josh Donaldson brought it to a halt. He will now look to start another streak against Chicago.

Kyle Hendricks and Corey Kluber are without a doubt the two players to watch heading into the 2016 World Series. Both players have been instrumental in helping their teams reach where they are now, and their performances in this series could determine which team walks away with the trophy.

Who do you think are the players to watch during the 2016 World Series? Will Kluber and Hendricks play as well as they have in the past? Tell us what you think by leaving a comment below, and make sure to check out GamingZion’s full list of online sportsbooks in the US to find all the best sites for betting on the World Series!