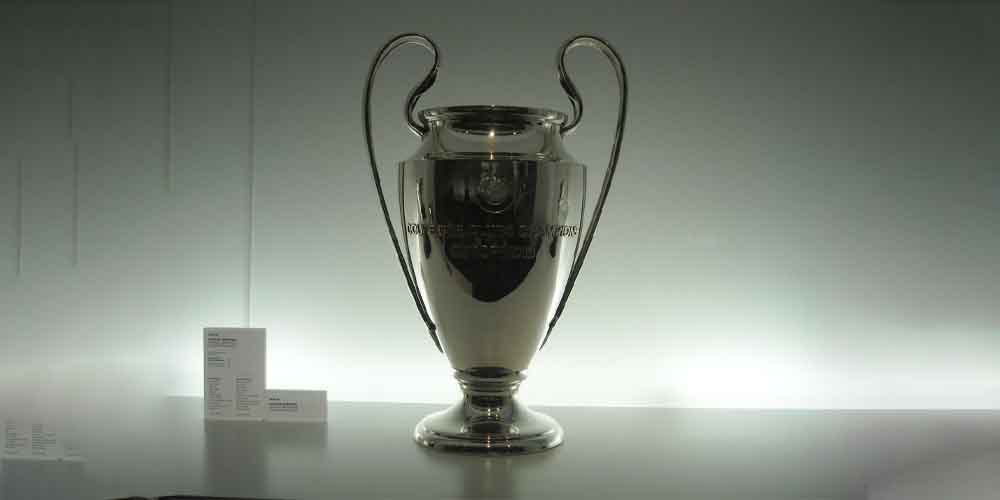 In the football world, several tournaments attract the special attention of many fans. On each continent, champions and prize-winners of national championships find out who is the best among them. However, the most popular and prestigious were and remain the official club tournaments in Europe. But why is that? In this article, we will look at UEFA Champions League history.

How it all started

The history of European competition dates back to the end of the 19th century. In the period 1897–1911, the Challenge Cup was held, which was not an official tournament. Indeed, only teams representing the Austro-Hungarian Empire took part in it. More victories on account of the Austrians (8 cups and all teams were from Vienna). Nevertheless, only Ferencváros managed to interrupt the hegemony of geographical neighbors. The last winner in the history of the Challenge Cup was FC Winner Sport-Club from Austria.

For a long period, the British considered themselves a football country in which the most powerful teams on the planet played. At the turn of the 19th and 20th centuries, friendly matches took place in the UK, called the “Football World Championship”. A historic event started in 1895 when the debut meeting in the history of world football took place between the champions of two states – England (Sunderland) and Scotland (Hearts). The match ended with the victory of the British with a score of 5:3. And only after 7 years, the Scots manage to take revenge on the sum of two meetings (3:1).

The year 1930 in the history of football turned out to be eventful. In addition to the first World Cup held, a tournament for the Nations Cup was organized. The best teams from Italy, Spain, the Netherlands, Czechoslovakia, Hungary, Belgium, Germany, and Switzerland got the right to participate in it. They were joined by the owners of the national cups of Austria and France. However, the teams of Foggy Albion did not receive invitations due to disagreements with FIFA. The format of the tournament provided for the Olympic principle. In the final, which took place in Geneva, Switzerland, the Hungarian “Ujpest” did not leave the chances of the Czechoslovakian “Slavia”, arranging a 3-0 defeat.

Later, in 1954, the editor of L’Equipe, a popular sports publication in France, Gabriel Ano, proposed 1954 to create a club European tournament with the participation of teams from different countries. In 1948, his workmate Jacques Ferrand went on a working visit to Santiago. There at that time matches were played between the champions of South American countries. Today the tournament has a name the Copa Libertadores, an analog of the modern UEFA Champions League. The journalist told Ano about this event, and he publicly expressed his opinion on the need for such a competition in Europe. The online sportsbooks in the UK would have agreed with this.

The French editor was even more annoyed by the article of the English edition of the Daily Mail, in which the British called Wolves the strongest team in the Old World after two victories in friendly matches over the Hungarian Honved, whose colors were defended by the legendary footballer Ferenc Puskas (3: 2) and Moscow ” Spartak”, conducting a European tour (4:0). Learn more about Biggest Clubs That Are UEFA Treble Winners.

Ano, in response, said that declaring a team the best in Europe after two home victories in meaningless matches is at least not reasonable. He suggested that the British play the return matches on the opponents’ fields, as well as meet with Real Madrid and visit Milan. And only if they won in these confrontations would the Wolves be called the best club on the European continent. In the article, the Frenchman wrote about the idea of ​​creating a tournament with the participation of the champions of European national championships. Ano believed that such a tournament would become more interesting than the competition of the national teams. Thus, this idea translated into reality.

According to the editor, the ideal option was a format with 12-14 clubs that could play in the middle of the week in groups. Ano did not forget about the sponsors, which were supposed to be international television companies. Thus, as many fans as possible could watch the matches. At the same time, Gabriel Ano did not indicate in the article that only champions should participate – this rule was introduced on February 3, 1955. 18 teams received invitations, including Chelsea London, Real Madrid, French Reims, Italian Milan, and Dynamo Moscow (USSR champions).

All in all, 16 clubs agreed to participate – the British and Dynamo refused. The first referred to the recommendations of the FA of England, in which they considered that the Londoners would be distracted from the matches of the local championship. The second is due to weather conditions that do not allow playing in winter and a busy calendar in general. Some things are unpredictable. But others you can foresee, for example, the betting odds in the 22BET Sportsbook.

The idea to organize the L’Equipe European Cup was proposed by FIFA. At the next meeting, the international football body did not consider it rational to take responsibility. They felt that the idea was really good. However, the continental organization (UEFA) should have done this. In this way, FIFA focused more on holding tournaments between national teams. At the historic first UEFA Congress, the president of the organization, Ebbe Schwarz, clarified the situation with the ban or refusal of some teams to participate in the tournament. It was the prerogative of national federations to allow clubs to play in European competitions or not.

The new club European tournament officially started in early April 1955. On June 21, at the next meeting of UEFA, they named the tournament  the European Champions Cup. Until 1991, the tournament was held according to the Olympic format, and only association champions were participants. Only the federation whose representative won the previous season’s cup could be represented by two teams. Besides, they played qualifying matches “for departure”, after the stage of 1/8 finals, the eight strongest teams went into two groups. The winners of the quartets met in the final.

In 1992, UEFA rebranded the tournament and they called it the UEFA Champions League. This made it possible to change the format. Thus, after the qualifying round, 16 clubs already participated in the group stage (4 groups of 4 teams). According to the results of the stage, the two best teams went to the quarterfinals. In 1997, UEFA chairman Lennart Johansson proposed to allow the highest-ranked associations to enter a large number of teams in the tournament. Read our article to find out Who Are the Greatest UEFA Euro Winners Ever? Online sportsbooks news in the UK actively follows this contest till today. 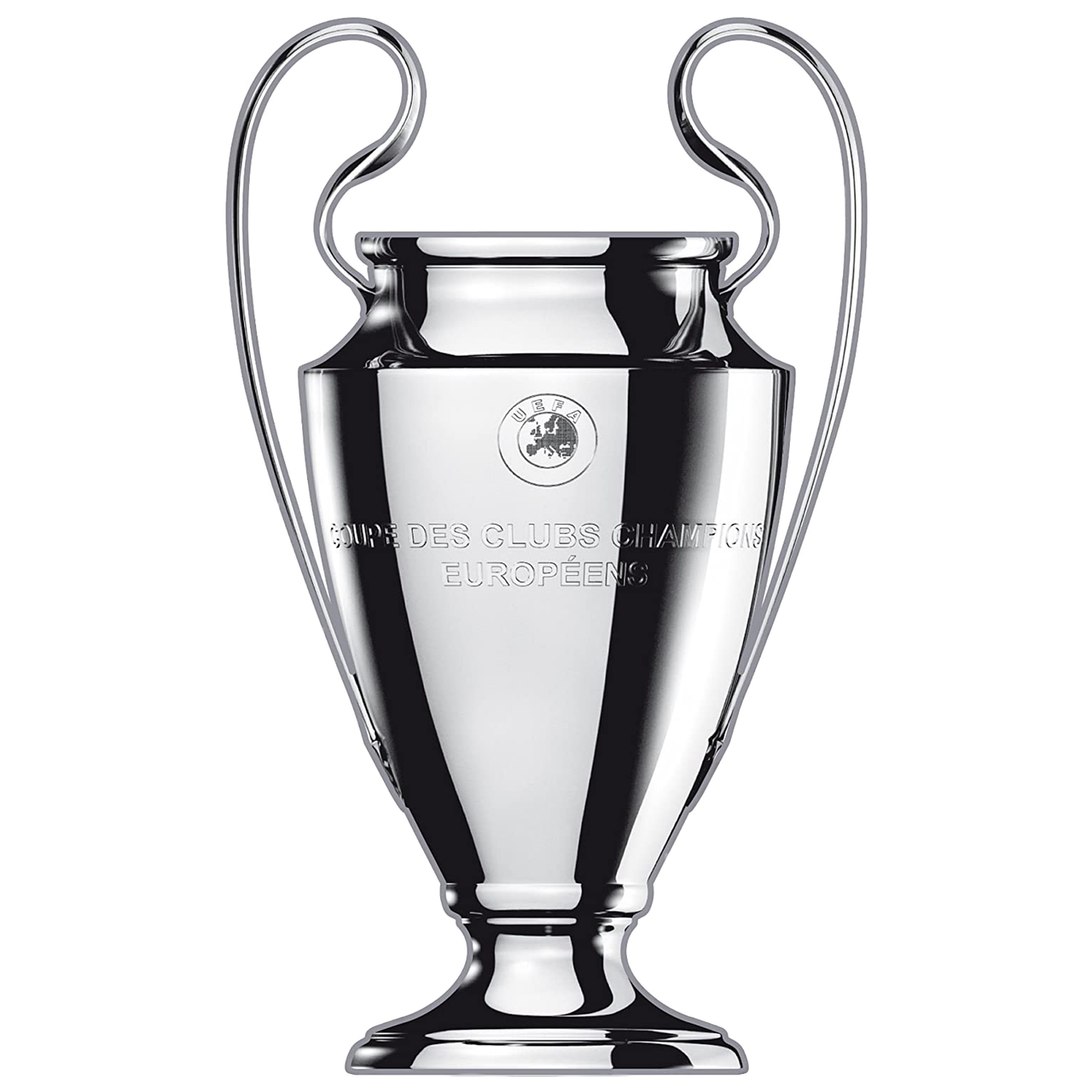 Looking at the UEFA Champions League history, the most popular club tournament in Europe today has changed. With each reform, the number of participants in the Champions League increased, and the format changed. Now 32 teams are participating in the main stage. Thus, 16 of them receive direct tickets to the group stage. Meanwhile, another 16 clubs make their way through the qualification, which has four rounds. Today the Champions League is a tournament with fabulous incomes. Clubs only for getting into the group received about 18 million euros. These are 2.7 million euros as the prize for each victor. Meanwhile, a draw brings 0.9 million euros. In addition, there is a pool of TV broadcasts, which goes among all participants. Including teams that did not pass the qualifying sieve.

They distribute places depending on the rating in the coefficient table, points which define the performance of teams in the last five seasons. The first four associations (Spain, England, Italy, and Germany) are represented by the maximum number of clubs – four (all start from the group stage). France and Portugal, which currently occupy 5-6th places, delegate three teams each, two teams each participating from countries from 7th to 15th place. Besides, Russia has two clubs in the main stage and one starts from the fourth, final, qualifying round.

The most titled club in the history of the UEFA Champions League, when taking into account performances in the European Cup, is Real Madrid. They have 13 titles. The “royal” club has played more often than others in the final of the most prestigious club football tournament (16 times). Besides, Spain holds the record for trophies won by its teams (18). Other records in UEFA Champions League and European Cup history:

And if you are ready to visit the 22BET Sportsbook, read more about 2022 UEFA Champions League Winner Predictions. Do not miss a chance to win together with your favorite team.