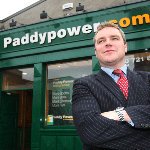 As recently reported here at GamingZion, PaddyPower, provider of land-based and online gambling in Ireland and beyond, recently reported outstanding results for the first half of 2010 and expects to turn profits that are 30% higher year-on-year.

While PaddyPower is certainly not alone in having a successful six months – the 2010
FIFA World Cup surely boosted revenues of many online sportsbooks throughout
the world – but the Irish bookmaker’s success seems particularly unique in this
economically-troubled year.


On its part, PaddyPower credited its great half-year to World Cup betting, expansion
of its online sportsbook in Australia, and its adaptation to new French gambling laws through its partnership with former state-run monopoly Pari Mutuel Urbain to provide an online poker site in France. However, business analyst Nicholas Batrum sheds a little more light on the business of “the cheeky bookmaker” to explain PaddyPower’s success.

The KBC Peel Hunt leisure analyst told Internet gambling trade publication
eGaming Review this week that not only is the online sportsbook “driving nicely
in Europe and Australia and I think there’s more to come there,” but Batrum is
touting Paddy Power as the star performer in leisure-company stock growth for 2010.

“Paddy Power stands out for a number of reasons,” Batrum went on to say. “I like the
mix of online and offline – they have got the balance just right. It’s a fantastic marketing organisation, it’s a brilliant brand profile and it’s delivering 30% earnings growth this year which no one can touch. And [all this is] coming from regulated countries.”

No luck o’ the Irish here, then, just plain old marketing and following the laws of internet gambling for PaddyPower online sportsbook.