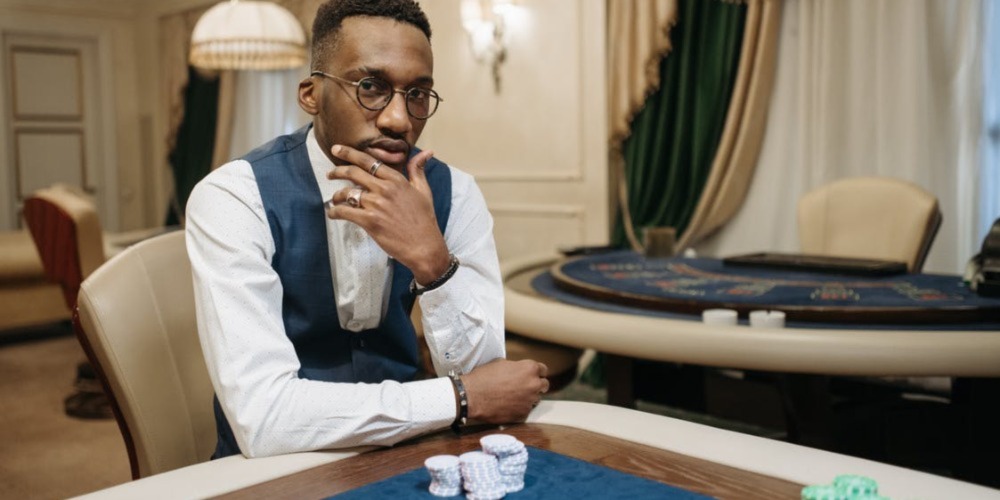 What are the chances that a player will win on a given day or for a longer period? The data released these days shows the odds of gambling and their reality. Casinos won’t tell you the truth because although they collect an enormous amount of data about their customers for marketing purposes, including how much they win or lose, this type of information is strictly kept a secret. However, a newspaper has provided answers to these questions, thanks to a database that records the behavior and the winning percentage of professional and hobby gamblers for a couple of years.

Inside Information From Casinos

The probability that a gambler will win is not so bad. 30 % of the days they spend playing will bring some profit. However, continuing the game also increases the chances of failing. Only 11 % of players had a positive balance after two years, and most of them could only pocket less than $ 200. The numbers of winning percentage of professional gamblers are slightly worse when you look at high-stakes games.

Out of the top 10 % of bettors who made the most bets in two years, 95 % ended up losing more than they invested. Some even lost tens of thousands of dollars. The players losing more than $ 5,000 outnumbered the winners by far. The analysis was based on a database that recorded more than 4,000 anonymous players who had played casino games such as blackjack, roulette, or slot games for at least four days.

Data collection took place between 2005 and 2007 on websites, but they sent the data to Harvard, where researchers of gambling addiction have shared a lot of data online. They claim that there is no reason to believe that more recent research would differ significantly from the 2007 data. The numbers may vary, but the similarities would remain. Check out online gambling sites in the US for more details!

To verify this research, they asked an employee of a University to look into the data from another private gambling database. This database recorded the gaming activity of 18,000 customers of an American casino for two years. The researchers found similar patterns, only 13,5 % of players ended up with a positive balance, and the big losers / big winners ratio was similar to the online players’ results.

The data also provides an insight into the economics of the casino industry that is only available to insiders on average. It became clear, among other things, that an extremely large part of the income came from a pretty small group of players. Only 2,8 % of the more than 4,000 customers, 119 big-time losers, secured half of the casino’s income, and 10,7 % made out 80 % of their profit.

This income rate has long been known to insiders in the casino industry, but this is the first time to support this with valid data. The winning percentage of gamblers is a sensitive topic in this industry because many see this as a sign that casinos are taking advantage of gambling addicts, which managers and owners are protesting against.

The Winning Ratio Is Surprising

A marketing specialist, who has consulted with dozens of casinos, thinks that the results are in line with his estimates. Based on confidential casino data, the US casinos earn 90 % of their income from 10 % of their customers. A former professor who has written three books on casino management said that even he was surprised at the small percentage of players displayed in various casinos that you can find on online gambling sites in the US.

Although gamblers know the house always has an advantage, the average person doesn’t understand its effect and idea. Casino games are stealing machines, and the more you play, the more you lose. The data also shows this clearly. The gamblers who play the least, the 10 % of customers who have made the least bets in two years, have the highest winning percentage. About 17 % of them closed with a positive balance. It’s not much but still better than the 5,4 % winning percentage of the professional gamblers.

Unless you’re cheating, the only way a player can win is if they’re lucky and then quit the game. This is how player 1381787 became the biggest winner. The 56-year-old Slovenian usually placed only a few smaller bets a day. Then he won more than $ 14,000 twice in 10 days. After suffering a minor loss, he stopped playing and closed with an extra $ 22,000. As you can see, the winning percentage of gamblers depends on several things.

Even though the data shows how low the chances of winning are, the online platforms advertise themselves well, and gamblers want to win and get rich. However, a manager of a gambling site said that the industry is to entertain and that people shouldn’t gamble to get rich because they won’t. Of course, there are plenty of gamblers who made a name for themselves and became the most famous gamblers in history!

After a few rounds of winning cards or a big prize in a horse race, one would think the best and most sensible solution is to get out while your balance is positive. However, recent research shows that winning series do exist! Scientists say that once someone wins, they are more likely to win again as they look for safer bets. However, the study also found that once someone loses, they are more likely to continue the wrong series, according to online gambling sites in America.

Researchers have shown that people who continue to play after a losing bet will not even be able to rewin their losses in the end, while winners are likely to continue to win. This has psychological reasons as well but let’s focus on data. Mathematicians examined 565,915 online bets from 776 people for sporting events such as horse racing or football and observed winning and losing streaks throughout six wagers.

The probability that they would win the first bet was 48 % and that a winning bet will follow was 49 %. Then the odds have improved, and the winning streak has gained momentum. The successful third bet happened in 57 % of the cases, the fourth in 67 %, the fifth in 72 %, and the sixth in 75 %. However, statistics at Ignition Casinos have also shown that the results of losers will get worse and worse.

After someone loses their first bet, there is a 47 % chance of being able to get lucky in the next round, which drops to 45 percent for the remaining bets. While some players would explain the phenomenon with different opinions, mathematicians found that the length of the players ’winning streak increased because they began to choose safer odds to remain successful.

Due to this, they won even more, even if the prize was not so great. However, the losers continued to lose as they desperately tried to change their luck and made riskier bets which further increased the likelihood that their bad luck would continue. So the researchers found that while the winning streak does exist, the winning percentage of gamblers is affected by the player’s behavior just as much as a lucky hand or a fast horse.