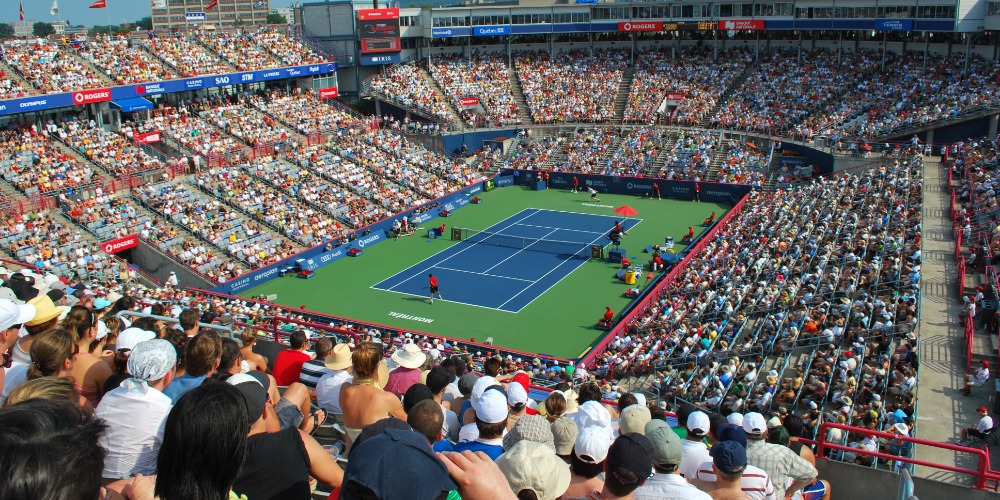 Top women tennis players are also competing this week in Canada, thanks to the 2021 National Bank Open. The WTA 1000 tournament is held between the 9th and 15th of August in Montreal. World No3 Belarusian Aryna Sabalenka is the top favorite in the WTA Montreal winner odds followed by the defending champion, Canadian Bianca Andreescu. Let’s see their and other favorites’ odds now.

We already discussed the main contenders in the men’s event in Toronto, now let’s take a look at the women’s tournament. Where even more top players are taking part including six top 10 members. Local favorite Bianca Andreescu is the defending champion. She won the 2019 event after her opponent, Serena Williams retired in the final. Now the young player can try to defend her title in the super-strong field. Which includes former winners Simona Halep, Elina Svitolina, and Petra Kvitova. But other top-form players like Kazakh Elena Rybakina and the winner of the Silicon Valley Classic last week, American Danielle Collins can also play well.

Aryna Sabalenka started this year with a win in Abu Dhabi. She continued with winning the Australian Open title in doubles. Then she won her third WTA 1000 title in Madrid and also reached her first Grand Slam semi-final in Wimbledon. Great results from the 23-year-old Belarusian who is the top seed of this tournament. She is likely to meet American Sloane Stephens in the second round and might face her compatriot, Victoria Azarenka in the quarter-final. Sabalenka’s odds to win the Canadian Open are 6.00.

Online sportsbooks in Canada offer the odds of 9.90 for the local favorite and reigning champion Bianca Andreescu. The 21-year-old won the event two years ago but has been suffering from injuries and other issues in the last 15 months. Now she can get back to winning on home soil after her early exits in both the French Open and Wimbledon. Andreescu did reach the final of the Miami Open though. Which is another tournament played on hard courts. With a good result, the 2019 US Open winner can get back to form ahead of the last big event of this season. So do you want to bet on Aryna Sabalenka in WTA Montreal winner odds? Ok just click 22BET Sportsbook and realize your betting.

World No6 Elina Svitolina also won the tournament once before, in 2017. But her odds to win now are quite high with 17.00. It might be due to her hectic season with only a few good results until the Olympics. But in Tokyo, the Ukrainian played well and got the bronze medal. After defeating Kazakh Elena Rybakina in the bronze match. So, she will also play in this tournament and has slightly better odds, 16.00 to win her third WTA title.

Two-time Canadian Open winner Simona Halep has the odds of 11.00 to win the title again by online gambling sites in Canada. The former world No1 fell out of the top 10 yesterday due to her long absence. The Romanian player reached the quarter-final in this year’s Australian Open and the semi-final at the Stuttgart Open. But she had to retire in Rome and hasn’t been playing since. Unlike Karolina Pliskova who reached the final of this year’s Wimbledon but lost there against Ashleigh Barty. The Czech player’s best result in Canada is only reaching the quarter-final but she can improve on that now. While Spanish Garbine Muguruza is another huge favorite to win the open with the odds of 8.00. after returning to the top 10 this season.