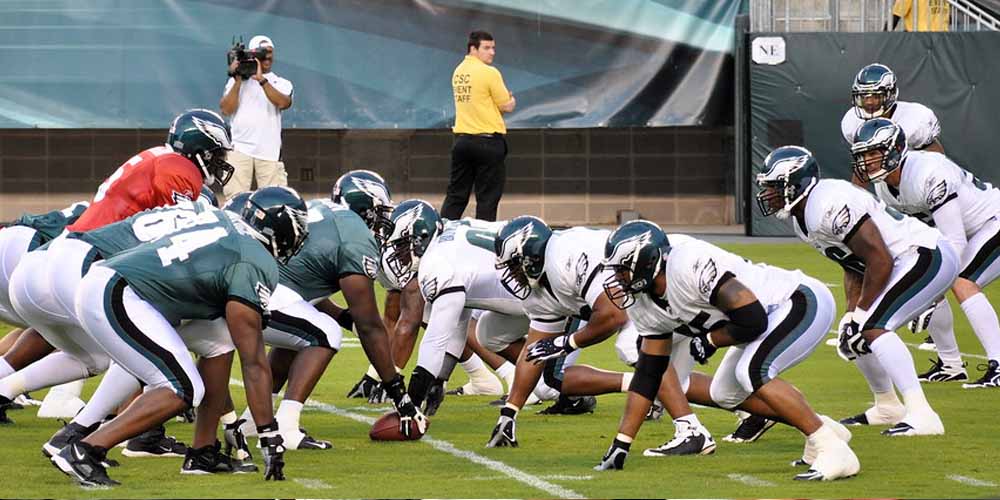 Philadelphia Eagles v Tennessee Titans odds have been revealed. Who will win one of the last matches in 2022 that is scheduled to take place on December 4, 2022? Take a look at our betting preview to learn about favorites and underdogs of the next highly anticipated NFL game.

A few days are left before Philadelphia Eagles meet Tennessee Titans in of the last National Football League matches of the year. All online sportsbooks in the US are coming up with the odds and lines, but Everygame was the first to do so. Check out the final betting odds on both teams to win and our explanations on why the odds look the way they look.

The Philadelphia Eagles v Tennessee Titans match is big and anticipated for both teams. Probably it is even more important for Titans as they are currently in pursuit of top-3 spot in AFC and actually are very close to it, despite being placed 7th at the moment. Their main rivals – Miami Dolphins – are ahead of a tightly packed group with eight wins in the season. Dolphins are currently surpassing four teams: Cincinnati Bengals, Baltimore Ravens, NY Jets, and Titans. Their last nine games were an impressive sequence of wins and a couple of unlucky losses, with one of them occurring after an overtime and against AFC’s dominating Kansas City Chiefs, who are first. The last game – a loss to Bengals – sent Titans to 7th place, but everyone believes that they will be looking to start a new series of wins. After all, what could be a better start than a win against NFC’s leading team i.e. Eagles?

On the contrary, Eagles are on top of the NFC and need to keep going this way for the next and last six games. They have an impressive record of 10 wins to only one unlikely loss against Washington Commanders. As American football tips showed us, any team could be a challenge to any other team in the NFL, no matter their placement in the standings. However, Eagles’ calendar shows that 5 out of 6 games will take place against mid-table teams. The only exception is Dallas Cowboys as they are 3rd in the NFC. A win for Eagles will help them create a healthy gap between them and their pursuers, Minnesota Vikings, who are set to have relatively the same calendar of games left in terms of difficulty. In the end, this is the NFL and anything can happen.

So, what do bookmakers say about the upcoming match? Everygame has just revealed the updated Philadelphia Eagles v Tennessee Titans odds, with The Birds in the leadin many aspects. Titans look like underdogs in terms of the odds, however, the margin is not that big. Find the latest odds in the table below and don’t forget to bet on the match with Everygame Sportsbook.