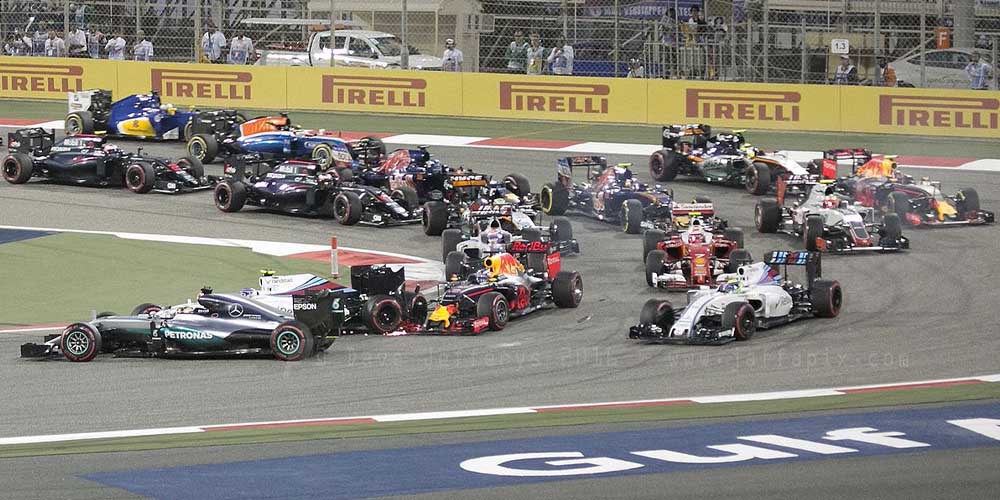 With the completion of the three-day pre-season testing in Bahrain, all the attention goes to the first race of the 2021 F1 season. The optimism seems very high about Red Bull’s Verstappen and Perez to likely win, according to the 2021 Bahrain GP betting odds. Whereas Hamilton and Bottas of Mercedes are a little bit skeptical they will start in a dominant fashion.

The 2021 Formula One season is about to commence in the desert of Gulf Bahrain. The practices and qualifications are scheduled for 26 and 27 March. The next day on 28 March the season-opening race will take place, with all the 20 drivers hopeful to take the high ground.

Although the pre-season testing might be tricky on which team will lead the pack throughout the season, there are some important signs. Red Bull and Mercedes appeared very competitive at the forefront, according to most online sportsbook news in Bahrain. In the mid-table between fifth and 14th place, McLaren, AlphaTauri, Alpine, and Ferrari have all finished very close.

In this respect, the first race might have similar results to the pre-season testing, as per 2021 Bahrain GP betting odds. Red Bull and Mercedes drivers hold on to the best odds to win the race. Whereas, Ricciardo, Norris, Gasly, Alonso, and Leclerc all have similar odds for one of them to make an upset at the Bahrain international circuit.

Verstappen and Perez have been the quickest in testing

Max Verstappen and Sergio Perez had the quickest times in the pre-season testing. In other words, they appeared to drive the fastest and best-performing cars on the grid. That shall give the two drivers a big advantage over their rivals. What is more, Verstappen and Perez will likely compete comfortably in Bahrain knowing they can expect all the best of their cars.

However, given that Red Bull did not win the first race since 2013, the two drivers are realistic challengers but not massive favorites. Verstappen values 2.62 and Perez 8.00 at the 2021 Bahrain GP betting odds, according to Bet365 Sportsbook. Thus, if either one wins the first race it will be a turning point in Red Bull’s long-awaited quest for the title.

The champion Lewis Hamilton acknowledged at Mercedes that there is still a big challenge of finding more pace from their new car. Both drivers Hamilton and Bottas conceded they are not as fast as Red Bull in pre-season testing. However, testing does not always give a clear picture of early-season winners and losers. For example, in 2019 Ferrari appeared the quickest in testing, but then Mercedes dominated the first race.

That might happen again given the experience of Hamilton and Bottas. Therefore, Hamilton remains among the favorites with 2.62 odds and Bottas is the third favorite with 5.50. If you wish to choose the usual favorite with a safe bet at the 2021 F1 world champion odds, then go for Hamilton.

A lot of online sportsbooks in Bahrain show that several teams might have a good chance to come close behind Red Bull and Mercedes. These teams are McLaren, AlphaTauri, and Alpine. On top are McLaren’s Ricciardo and Norris, who had good momentum in testing. The reliability and pace of their new MCL35M seem to exceed expectations. Therefore, they may make a surprising win in Bahrain with 26.00 odds for Ricciardo and 34.00 for Norris.

AlphaTauri’s Gasly was the second quickest on the final day of the pre-season testing. He could not have a better finish before the first actual race. Thus, should he repeat his drive he may have a chance with a 51.00 value. What is more, Alpine’s Alonso, the two-time champion seems highly motivated to compete again with 101.00 odds to win the first race. They are all great choices if you are considering a bet on the 2021 Formula 1 underdog for an outright win.

Ferrari is no longer the big favorite but still competitive

The other competitive team close behind Red Bull and Mercedes is Ferrari. It must be already a disappointment for the Scuderia’s fans to see their team not leading the odds. But, that is completely normal after Ferrari had the worst season in 2020 since 1980. However, the team still has the young and bright Leclerc who has all that it takes to win with 67.00 odds. There is also a new driver Carlos Sainz who clocked the third-fastest time in testing and values 101.00 to win the first race.

If you wish to see the entire list of drivers and their odds of winning in Bahrain, just check out the review about Bet365 Sportsbook.