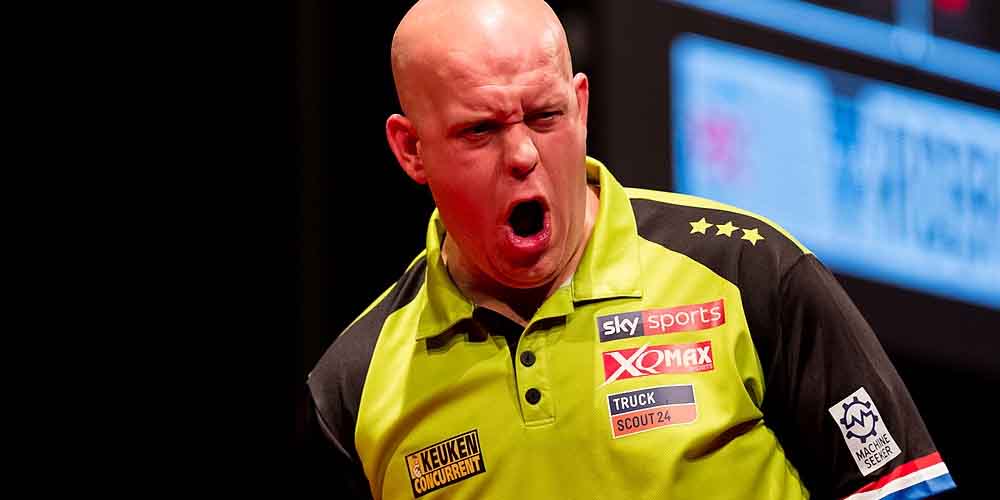 The 2021 PDC season continues with this year’s World Matchplay tournament. Which will be held in Blackpool between the 17th and 25th of July. Dimitri Van den Bergh is the defending champion who will try to win the event again. But he won’t have an easy job in the strong field including all top players from van Gerwen to Price. Who are also the biggest favorites in the 2021 PDC World Matchplay predictions.

This will be the 28th edition of the PDC World Matchplay tournament, where the top 32 players will compete for their share of the £700,000. And for the Phil Taylor trophy named after the legendary player who won this event a record 16 times. From the current field Michael van Gerwen has two victories, but James Wade, Gary Anderson and last year’s winner, Dimitri Van den Bergh have also won here before. They will all compete this year again along with all other top players. Including the world ranking leader and current world champion Gerwyn Price and the 2020 world champion, Peter Wright.

Michael van Gerwen is only in third place at the moment in the world ranking since Price took over the lead. The three-time world champion hasn’t won any event this season yet, but he will have a great chance now. Online sportsbooks in the UK offer the smallest odds, 5.50 for his victory. The Dutch player has won here twice before. But in the last three years he only got to the second round. Van Gerwen is not as convincing recently as in the previous years. But he did reach the semi-finals of the 2021 UK Open and the 2021 Premier League of Darts.

The current world No1, Gerwyn Price hasn’t been in top form either since winning the world championship in the beginning of the year. He got to the semi-finals of the UK Open and The Masters though. Besides winning the 6th Players Championship event back in March. Then the Welsh couldn’t play in the Premier League and had to spend three months away from darts. Now Price can get back to winning in Matchplay. Where his best result has been getting to the quarter-final back in 2015. He has the odds of 6.00 to go all the way this time in the 2021 PDC World Matchplay predictions.

Wright and former winners are also in the favorites

Peter Wright is world No2 at the moment with similar results than his main rivals this season. The Snakebite won two Players Championship opens and reached the semi-final of the 2021 The Masters. He is usually doing well in the Matchplay as well. After getting to the final in 2017 and to the semi-finals twice. Online gambling sites in the UK offer the odds of 8.00 for his victory now. Jose de Sousa is only in 10th place in the world ranking but the Portuguese has the same odds on bet365 to win his second major Grand Slam title.

The Special One had his breakthrough season last year when he won the 2020 Grand Slam of Darts. De Sousa also played in the final of the 2021 Premier League where he eventually lost against Johnny Clayton. After winning two Players Championship events in June, he seems to be in great form. While last year’s winner, Dimitri van den Bergh has the odds of 13.00 to defend his title. The young Belgian hasn’t had such outstanding results this season yet. But he also won one Players Championship tournament in April.