2021 Wimbledon First Round Predictions In the Men’s Singles

News >2021 Wimbledon First Round Predictions In the Men’s Singles 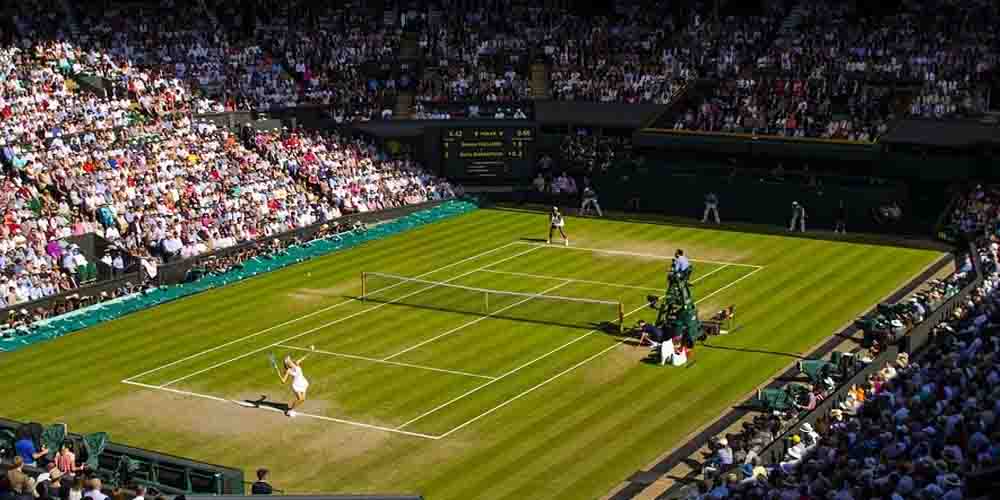 The 2021 Wimbledon starts today with the best 128 players taking part in the men’s and ladies’ singles tournaments. Fans can already see some interesting matches in the first days, like the Daniil Medvedev vs Jan-Lennard Struff clash. Let’s see the 2021 Wimbledon first round predictions for all the top matches.

After the cancellation of last year’s Wimbledon, now fans can watch one of the greatest sporting events of the season live again. Novak Djokovic is the last champion in the men’s and Simona Halep in the women’s event. The Serbian world No1 will try to defend his title and continue his winning streak after his victory both in Australia and Paris. But Halep won’t be able to do the same after withdrawing from the tournament due to her calf injury. Just like two-time champion Rafael Nadal who is also suffering with an injury. But we can still expect a big competition in both events, with the first appearance of Andy Murray since 2017. Hopefully with some great matches already in the first round starting today.

One of the most exciting matches of the first round can be the Nick Kyrgios vs Ugo Humbert match on Tuesday. The French youngster is favored to win by online sportsbooks in the UK with the odds of 1.44. Even though Kyrgios reached the quarter-finals in 2014 and usually performs well in Wimbledon. The Australian player hasn’t played too much this season but he did beat Humbert in their previous meeting in Melbourne. Now the world No25 can take revenge. Especially after winning his first ATP 500 title in Halle two weeks ago.

Another great tie is the Medvedev vs Struff match where the world No2 should win easily according to the 2021 Wimbledon first round predictions. He might not have such an easy job against the German though who defeated him in Halle in his first grass match of the season. Since then the Russian star won the Mallorca Championship and is the second seed to win in Wimbledon. While Struff is hoping for a similar start as in this year’s French Open where he defeated another Russian, Andrey Rublev in the first round. His odds to win the match is 5.00 on bet365.

Murray’s first match since 2017 is also in the spotlight

British fans surely can’t wait to see the two-time Wimbledon champion Andy Murray playing again. The former world No1 will start against in-form Georgian Nikoloz Basilashvili in a tough opening match. Murray makes only his second appearance on grass in 2021 after the cinch Championship, where he managed to win his first match against Benoit Paire. Basilashvili has won two titles this year in Doha and Munich. But the 24th seed hasn’t got great results on grass yet. Now online gambling sites in the UK offer the same odds, 1.90 for both players’ victory.

Murray’s compatriot, Dan Evans will start against experienced Spanish player, Feliciano Lopez. The English player is the favorite of this tie with the odds of 1.44 while his opponent’s odds are 2.75. Evans won his first ATP title this season at the Murray River Open and reached his first Masters semi-final in Monte-Carlo. While Lopez  is a great grass-court player who got four ATP titles on this surface. He also got to the quarter-finals three times in Wimbledon, though the last time was in 2011. Still, the 39-year-old might cause some surprise after showing great play in last week’s Mallorca Championship.