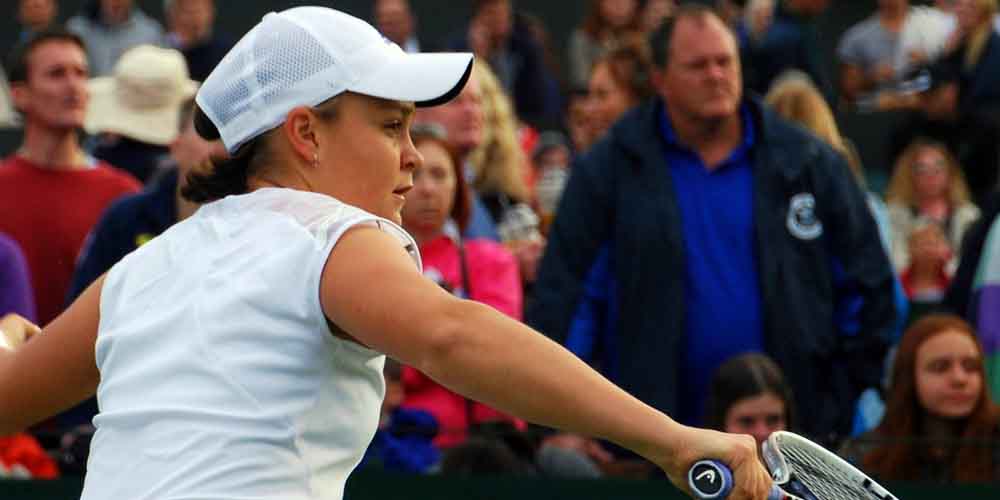 Claim 22BET's 100% match bonus up to €122. 18+. New customers only. Valid for 7 days. Wagering requirement is 5x in accumulator bets. Minimum deposit €1. General T&C apply.
Claim Bonus22BET Sportsbook review
After the withdrawal of Serena Williams and early exits of other top players like Elina Svitolina, Sofia Kenin or Bianca Andreescu world No1 Ashleigh Barty’s chances to win the tournament has increased even more. She has been confident since the first round and defeated her opponents in two sets. Even in the semi-final against the 2018 champion, Angelique Kerber, Barty played well and won the match 6-3, 7-6. Pliskova was only ranked 8th in the tournament.  But she also eased through to the last four, where she met Aryna Sabalenka. The Belarusian player won the first set. But Pliskova managed to turn around the match and get to the final. It is the first time for both players to reach this stage in Wimbledon. Hopefully, they will play a great match on Saturday.

The last Australian player to win the women’s singles in Wimbledon was Evonne Goolagong Cawley in 1980. Now Ashleigh Barty will try to follow her example and win her second Grand Slam title. She won her first in the 2019 French Open after defeating Marketa Vondrousova, another Czech player in the final. Barty’s best result in Wimbledon was getting to the fourth round. Now she is the favorite to win the title by online sportsbooks in Australia.

In 2021 the Aussie player has been in great form and already won three WTA titles this year. Including the Stuttgart Open where she defeated her current opponent, Pliskova in the final. And even though Barty had to withdraw from the French Open, her form makes all her fans and supporters optimistic. Especially after her recent play against the former Wimbledon champion Kerber, who is a great grass-court player. With a similar performance she can surely win the final as well. Her odds to do so is 1.352 in the 2021 Wimbledon women’s final predictions.

Karolina Pliskova’s best result in Wimbledon is from 2019 when she reached the last 16. Before being knocked out by her compatriot, Karolina Muchova. So reaching the final now is a very special moment for the 29-year-old player. Whose only other Grand Slam final was the 2016 US Open. Pliskova is the underdog against Barty with online gambling sites in Australia offering the odds of 3.19 for her victory. But we shouldn’t write off the former world No1. In spite of some poorer results in the beginning of the season. Like reaching the final of the Italian Open but losing there against Iga Swiatek 0-6, 0-6.

Pliskova did reach the quarter-final in doubles in this year’s French Open though. And now her second Grand Slam final after 2016. The Czech player has given a superb performance in the tournament so far. And she could even defeat the second rank Aryna Sabalenka from a set behind in a very high-level match. She is likely to face an even tougher task against Barty now, who has a 5-2 record against her. But Pliskova might cause another surprise if she can play like yesterday in the final.