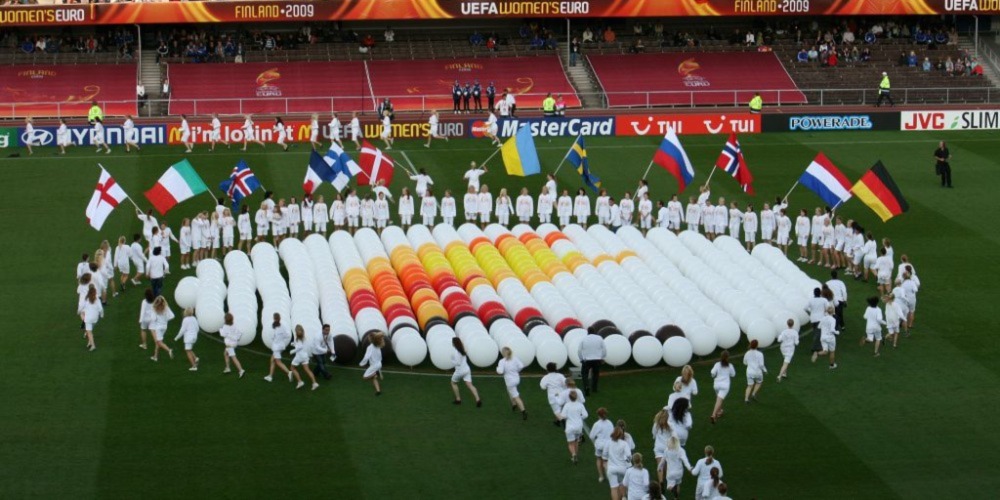 The 2022 UEFA European Women’s Football Championship starts next Wednesday, on the 6th of July, and will finish on the 31st of July. England hosts the tournament in 8 different cities while the final will be held at the Wembley Stadium in London. The 2022 UEFA Women’s Euro winner odds mention the hosts among the top favorites along with France and Spain. But the defending champions, the Netherlands can also do well again.

This will be the 13th edition of the European Women’s Football Championship which was originally scheduled to take place in 2021. But it was postponed following the postponement of the men’s Euros. Finally, the best 16 European women’s teams can meet in England this summer. England will host the tournament for the second time in its history, in such legendary grounds as Old Trafford and Wembley Stadium.

But smaller venues like Leigh Sports Village and New York Stadium in Rotherham will also organize some games. The Netherlands are the defending champions. They won their first title after defeating Denmark in 2017 final. Germany has been the most successful country in the tournament’s history with 8 wins. And they will belong to the favorites again along with the hosts, England, France, and Spain.

The English women’s football team has finished twice as a runner-up. In 1984 and 2009 but it hasn’t won the title yet. In the previous Euros, they got to the semi-finals but lost against the Netherlands there. Now the Lionesses will have a great opportunity to win the trophy, playing on home soil and supported by English fans. Under the management of former Dutch coach, Sarina Wiegman the squad looks very strong.

Focusing on attacking football, several players can score in the team from centre-back Millie Right to all-time record goal-scorer Ellen White. Along with young talents such as Manchester City forward, Lauren Hemp. Or Manchester United forwards Ella Toone and Alessia Russo. England’s only medal, a bronze is from the 2015 World Cup. Now online sportsbooks in the UK offer the odds of 5.50 for their victory. Same odds are offered for the win of the Spanish team in the 2022 UEFA Women’s Euro winner odds.

Jorge Vilda’s team hasn’t won any title either. What’s more, Spain hasn’t even won any knockout matches yet. Their best result has been a fourth-place finish in the 1997 European Championships but only four teams took part in the competition then. In the previous event, they reached the quarterfinals. But they lost against Austria on penalties.

The reason for their low odds is the fact that we can find several players from the Champions League winner FC Barcelona in their current squad. Like the Ballon d’Or winner Alexia Putellas or the team captain, Irene Paredes who can lead the team to glory.

Other Favorites Include France, Germany, and the Netherlands

The French team can also rely on top-talented players like PSG forward Marie-Antoinette Katoto, or Lyon defender Selma Bacha. While team captain Wendie Renard is still one of the best players. But France seems to underachieve in the tournaments. They couldn’t progress further than the quarter-finals in the previous European Championships.

There is some tension between the manager, Corinne Diacre, and the players which can be another disadvantage. But online gambling sites in the UK still offer them quite good odds for the victory with 6.00.

We can find the same odds next to the Netherlands who are the defending champions. The team has a new coach in Mark Parsons after the departure of Wiegman. Parson’s new style hasn’t been totally adapted by the players yet. They can still play well based on their previous results which also include a World Cup runner-up finish in 2019. Vivianne Miedema is the top scorer of the team and can easily win the Golden Boot award in the tournament. But she will need the assistance of her teammates to go all the way.

Another title is the aim for the German team who has already won the European Championships eight times. They failed to reach the semi-final in 2017 and in the 2019 World Cup. The team is in transition and includes several young players whose odds to win in England are 7.00. We also have to mention the Swedish team with a good chance of winning their second title. They won the bronze in the 2019 World Cup and the silver in the Olympics last year. Their squad includes experienced players like Caroline Seger and Hedvig Lindahl who can crown their careers with a trophy. Their odds to do so are 8.00 on bet365.