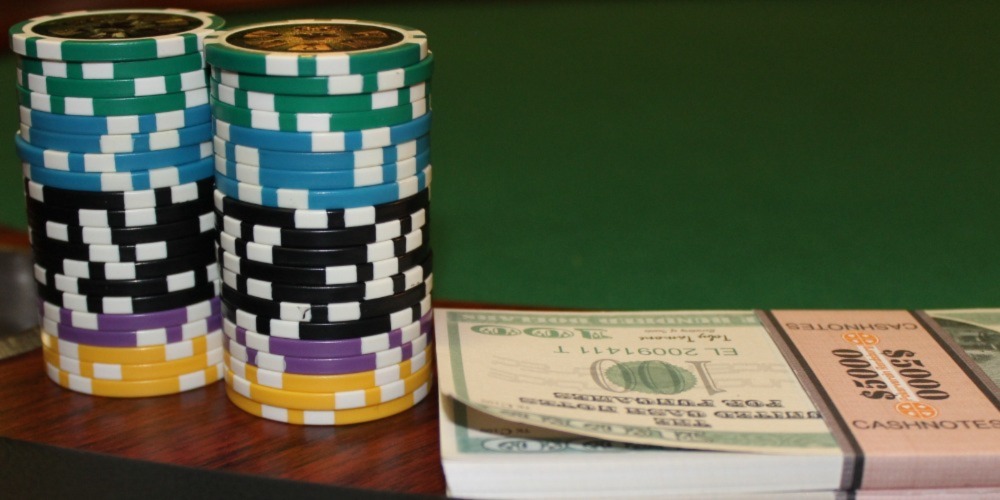 In this article, we are going to give you amazing poker stories from the world of success. Therefore, we assure you that these stories are 100% real. Because we all hear that one story from our friend. However, a large majority of these stories have been recorded on camera. Furthermore, these stories are just awesome. Therefore, it is not about someone saving the world by pulling an ace.

However, we would like to highlight that poker is a serious industry. Therefore, some names on this list are the most influential poker players of all time. Because they started at the online gambling sites in the US, just like everyone else. They weren’t paid, actors or scam artists. Most of them came from similar backgrounds. Having a healthy love for thrill and a strategic mindset that understands money. This is generally the key to becoming successful at poker.

Let’s start our list of Amazing poker stories with a fun fact. Have you ever had a package delivered to you by FedEx? Well, the company was near bankruptcy. Therefore, during the early days of the company, the business wasn’t going well. They had to pay $24,000 for a fuel bill. Therefore, they didn’t expect their loan to be denied. However, the company had no more than $5,000 left.

Then the CEO of FedEx Fred Smith decided to take the final $5,000 of the company. What he did is truly one of the greatest power plays of history. Because he has spent all of the company’s last money playing poker. He won $27,000 on blackjack. The remaining $3,000 have kept the company running. If this story inspired you, please check out our WSOP 2023 Player Guide. Furthermore, we recommend Everygame Poker.

This is among one of the most amazing poker stories ever. Told by everyone’s favorite Louie Andersen from the stage and the animated show. Anderson was a comedian who took inspiration from his family and childhood. Known for his positive and satirical nature, everyone loved Louie. However, he was also a marketing-storytelling mastermind. Probably learning his strategy from his love for poker.

Before he, unfortunately, passed away, he shared the legendary Louie Anderson gambling story. In conclusion, he lost $80,000 and owed a debt. He rented a car to drive to Vegas to play with his final $2000 credit at Bailey’s. He won $20,000 and drove back to the other state to pay his debt. However, the cherry on the top is just coming; the next day he made it to a commercial shot for 7/11.

Let’s continue with another success story. Everyone remembers the young Tom Dawn’s Tweet about his first WSOP event. However, only a few remember how his gigantic career began. If you are unfamiliar with Tom Dwan, there is one thing you need to know. Therefore, Tom Dwan has an extremely aggressive playstyle. Furthermore, his poker persona is matching this aggressive personality.

According to High Stakes Database, he picked his nickname; Durrrr to make people angry when they lose to such a name. There are several stories about his legendary plays. However, they all share one thing in common; he was an aggressive player. This is why you know that Tom Dwan’s tables will have the most amazing poker stories around.

According to Skrill, Andrew Badecker lives one of the most amazing poker stories of all time. Therefore, he is a perfect example that sometimes pursuing your dreams or ideas is not bad at all. Because when he was 19 years old, he won $7,000 on poker in one day.

He decided to quit his studies to pursue a full-time poker career. Therefore, he told his parents about his plans. However, his parents did not receive this information well.

They decided to kick him out of the household. However, Andrew Badecker did not give up, and he decided to continue playing online. You can imagine how the story ended. By 2019, he has amassed a wealth of $1,933,180 in poker winnings. Nonetheless, Andrew Badecker thanked his supporters for believing in him online. Furthermore, he thanked his doubters for allowing him to write this story.

Not all successful people are famous. Therefore, we decided to check one of the most well-received stories from Reddit. Therefore, according to Reddit, u/_TakeaChillPill is a normal guy. He plays D&D, Final Fantasy XIV, Poker, and VR games. Therefore, he has shared one of the most amazing poker stories on r/poker. Therefore, his story tells of the day when he met with a rich older guy by a table when he started playing full-time.

The man was there to have fun, and he had money to spare for playing. During the match, he randomly called out his next cards to bet with someone. After losing a couple of rounds, he finally won. However, the guy started asking for double or nothing. Being a good sport about it, he has accepted risking so much money. In the end, he won $7,500. They remained friends.

As a conclusion to the amazing poker stories. We would like to share the Chris Moneymaker phenomenon. Therefore, he was among the first people who made online poker famous. Starting as a humble bank worker. Today, he is making money as a full-time poker player and influencer. You can purchase his books on poker and business. Similar to the fact that Landon Tice became the new Ignition ambassador.

In conclusion, we are not lying when we say that poker can change anyone’s life. Because Chris Moneymaker and Landon Tice both started as casual newbies at online poker sites. However, nowadays they represent successful poker companies. Furthermore, they are selling their books and courses. If you are still looking for a poker site, we recommend you register at Everygame Poker.