Another Wicked Weekend Ahead In The English Premier League 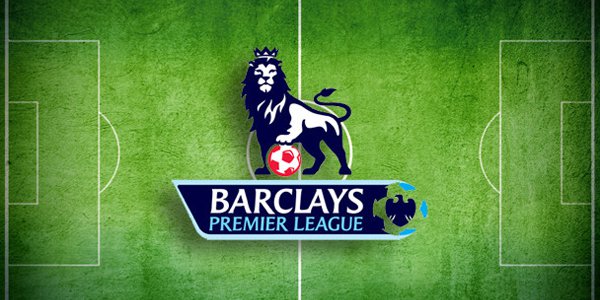 The opening games have come and gone so now it’s time to get down to business and as the teams do just that you can get a free in-play bet on Monday night’s Liverpool-Man City clash with Bet365.

Last weekend saw the season openers of the English Premier League and what a humdinger it was with the mighty Manchester United humbled by the breakaway scampering of Swansea, Everton only managing a draw with Leicester and Tottenham and Arsenal both coming out of their London derbies ahead at full time. Man City clobbered Newcastle and Liverpool were victorious, if not entirely convincing against Southampton. All in all an excellent start to what is likely to be a fabulous run of play all the way through till spring.

Of course the Manchester United loss made big gambling news as punters backed the red devils to the hilt and lost, making all the bookmakers entirely happy with their weekend’s work, but will that be the story this weekend as the teams square off for the next installment of this thrilling competition? Certainly no one expected Manchester United, under their new manager Van Gaal, to perform so poorly but will that galvanize them or just grind them down? Sunderland is going to find out on Sunday at 4pm one way or another.

The bookies still have United as favorites, naturally, at 3/4, but Sunderland being as close as 4/1 shows that perhaps faith in United’s skills has taken a dent or two in their clash with Swansea last week, but obviously not as much as the boost Swansea have seen in their backing since that glorious match win. Playing against Burnley on Saturday Swansea’s odds hover around the 13/20 mark whilst the Lancashire team only getting 5/1. Of course more than a few have spotted the possibility of a draw twixt these two which is why that’s getting 3/1.

The London derbies come thick and fast this season with Saturday seeing Crystal Palace meeting West Ham and Tottenham playing west London’s QPR. Betting is, as you might imagine, fast and furious on these as old rivalries meet hardcore loyalties. Spurs are 9/20 to QPRs 7/1, and whilst Palace is getting 6/4 West Ham are garnering a respectable 21/10 in return. It remains to be seen what the scores on the doors are come the final but either way it’ll be all action in the smoke this weekend.

Aston Villa have the early kick off this Saturday against Newcastle who need to bounce back from their trouncing by Man City. Aston Villa might have just sneaked past Stoke for their one-nil victory last week but Newcastle might well give them more of a challenge which very neatly explains why the brummies are getting 6/4 and the geordies 2/1. Stoke meanwhile face Hull and this match is attracting a lot of interest from fans of internet gambling in the UK because the odds make it quite game. Stoke are 11/5, Hull are 6/4 and, perhaps strangely favored by those in the know, a draw is listed at 9/4. Which way that one goes is going to be watched right down to the wire.

Everton, who only managed a draw against a flagging Leicester last Saturday, face the altogether more together Arsenal this time round, kicking off in the evening slot and getting the sort of attention you’d expect with Arsenal on 17/10, Everton at 9/5 and the two drawing looking unlikely at 12/5. Of course Arsenal could have made their win over Palace last week look more convincing but it’s still early in a long season so perhaps Wenger is just keeping his powder dry. We shall see.

The south coast’s Southampton, victims of Liverpool’s tentative success last weekend when they went down one-nil to the scousers, get to play West Brom who only get 15/4 after their draw with Sunderland in their last game as opposed to the Saint’s who get 17/20 despite their loss. However for the most clear cut match, and thus the one with the most chance of upsetting the expected nature of things, one need look no further than Chelsea versus Leicester.

Chelsea go in firm favorites (as United did against Swansea) at 1/5 with Leicester a perhaps understandable 16/1, but given what has gone before there will be more than one or two brave punters putting a game wager on Leicester at those generous odds just in case this is the EPL season of serial giant killings, something I’m sure Sunderland are hoping for this Sunday and Chelsea will be hoping against despite their three-one mullering of Burnley last time out.

Once we move beyond the weekend we’re left with a clash of titans with Man City, two-nil winners against Newcastle in their last game, up against the less over powering Liverpool on Monday night at 8pm. With odds of 17/20 on City and Liverpool at 10/3 this one is going to be close, and, in what is almost certain to be a tight title race, an important game for each team to come out winners, although with a draw at a mere 3/1 there could be something to be said for hedging your bets.

Of course with Bet365 you can do far more than merely hedge your bets on this great match as it plays out Monday night. Bet365 is offering a staggeringly fabulous chance for you to place an in-play bet on the game completely free. Yes, that’s right, if you place a pre-match bet on any market prior to the 8pm kick off on Monday between Man City and Liverpool, you can have a free in-play wager of an amount that matches your largest pre-match bet up to 50 GBP. So if your in-play bet loses, they’ll give you your money back.

With a myriad of in-play bets offered by Bet365 during the game there are a whole host of ways in which you can bet on sports in the UK and win, not least of which is doubling up your pre-match bet once the game has started at no extra financial risk to yourself. You simply can’t say fairer than that. More traditionally perhaps you could plump to put your free in-game wager on the first goal scorer, a market in which Sergio Aguero leads at 7/2, followed closely by Daniel Sturridge at 6/1 with David Silva at 10/1 and Yaya Toure at 13/2, but whichever way you choose to risk this no-risk wager the game is going to be a hard fought, closely watched match.

The English Premier League is the best football league in the world and this weekend’s matches will provide all the top quality entertainment and sporting prowess we’ve come to expect from these clubs and players. Will Manchester United find their form again? Will Man City let theirs slip? And can QPR manage to upset the northern London Tottenham Hotspurs? Only time will tell but if you’re going to be watching any of these games don’t forget that even the dullest match can be made more interesting with a bit of a flutter via those fabulous folks over at Bet365.