Best Distance Runners of All Time 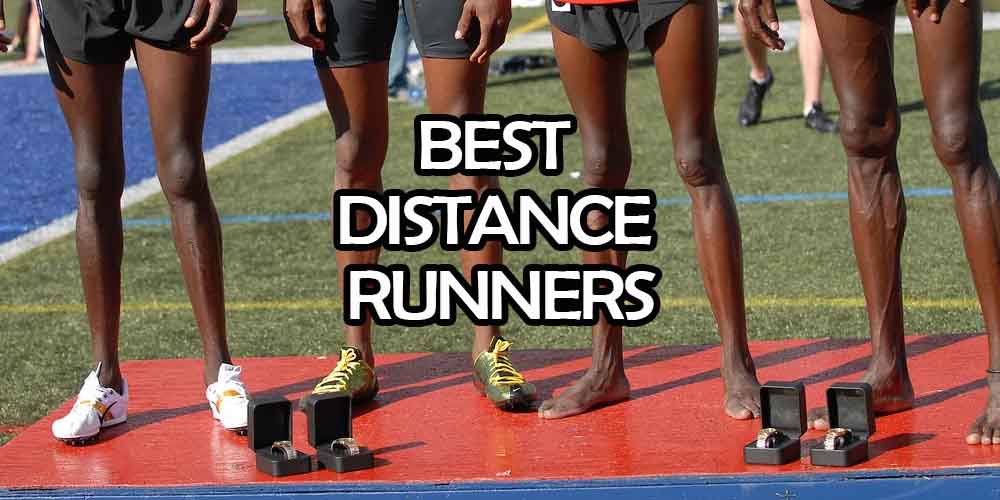 Athletics is one of the most famous sports, watched by millions of fans. Besides the sprint events, distance running races always attract a lot of attention. The best distance runners of all time were not only good runners but also mentally strong who could use the perfect strategy at all times.

In our list we take into consideration every runner who runs on track from over 800m to 10,000m. The following athletes all won Olympic and World Championships titles, set up new records, and dominated the sports for different lengths of time. You may be surprised but Finland is the most successful county in the Olympics. In both 5000m and 10,000m thanks to its great champions. But of course, runners from Africa and Great Britain have also achieved great results in the history of the sport.

Kipchoge Keino was the first great runner from Kenya, who won the gold in 1500m in the 1968 Olympics in Mexico. And another gold medal four years later in 3000m steeplechase. He also got silver in 5000m from 1968 and he finished second in 1500m in 1972. After his retirement, Keino was the chairman of the Olympic Committee in Kenya and did a lot of work in charity.

Lord Coe was a great British middle-distance runner. An Olympic champion of the 1500m in the 1980 and 1984 Olympic Games. He also won two silver medals in 800m in these two Olympics. He set 9 outdoor world records. His record in 800m was in place until 1997 since 1981. Coe was the main organizer of the 2012 London Olympics. In 2015 he was voted as the president of the International Association of Athletics Federation (IAAF). Sadly both this year’s Olympics and the European Championships have been postponed or canceled, we should see the best athletes compete in 2021.

Said Aouita was the first world-famous Arab athlete. He was a very versatile runner, achieving great successes in different distances from 800m to 5000m. The Moroccan runner won gold in 5000m in the 1984 Olympics and a bronze in 800m four years later in Seoul. But he also held world records in 1500m and 3000m beside his strongest distance. He was dominating in the 1980s, winning also the world outdoor and indoor championships until he had to retire due to surgery on his leg.

Lassa Viren was a Finnish distance runner and worthy successor of the country’s previous  athletes. He managed to win the gold in the 10,000 and 5000m in the 1972 and 1976 Olympics. In 1972 even though he fell in the final of the 10,000m, he produced a fantastic one and a half lap at the end. In his next Games he produced a superb finish again in both distances.  We might not see such a race in the Impossible Games in Oslo, but at least we can see some live action. Odds are available for the event on the biggest online gambling sites in Finland, like 1xBet.

One of the most popular Arab athletes, Hicham El Guerrouji was the “King of the Mile”, and Olympic and 4-time World Champion of the 1500m. He still holds the record for the distance, and for the mile and 2000m as well. El Guerouji also won the gold in 5000m in the 2004 Olympics in Athens which was his final and best championship. He is the only athlete since Paavo Nurmi to win both 1500 and 5000m at the same Olympics. But the Moroccan isn’t only a great athlete but also a very generous man. He is a UNICEF Goodwill Ambassador and a member of the Champions for Peace group.

Going back in time we can find a fantastic Czechoslovak long-distance runner, Emil Zatopek. He won his first Olympic gold medal in 1948 in 10,000m and finished second in the 5000m. But in the following Games, in 1952 Helsinki he achieved such a result that no one could repeat so far. Zatopek won the 5000m, 10,000m and the marathon as well. He is one of the best distance runners of all time and inventor of interval training.

Kenenisa Bekele is one of the best Ethiopian runners, who is the current world record holder of the 5000m and 10,000m. He won a gold in the 10,000m in 2004 and a silver in the 5000m, while getting gold in both events four years later in Beijing. He also won the long distance four times in a row in the world championships, just like Haile Gebrselassie did it earlier.  Bekele dominated the 10,000 between 2003 and 2011. Later he switched to marathon running and has already won the Berlin Marathon twice, in 2016 and 2019.

The most recent champion of the list is British runner Mo Farah, who is the current Olympic champion in both 5000 and 10,000m. He won the double after his previous success in the 2012 London Olympics.  Farah is only the second athlete after Lassa Viren to win both events in two consecutive Olympics. He also won six gold and two silver medals in the World Championships between 2011 and 2017, making him the most decorated athlete in British athletics.  He still holds the European record in several distances. Now Farah is running the marathon, but we might see him back on track in the 2021 Tokyo Olympics.

Paavo Nurmi is one of the earliest and greatest champions of distance running. The Finnish athlete was undefeated for 121 races over 800m. He was unbeaten in cross country and 10,000m during his 14-year career. He started a strict training program at the age of only 15 and kept it during his military service as well. Nurmi achieved his first huge successes at the 1920 Olympics, where he won three gold medals. In 1924 Paris he won five gold, including the 1500m and 5000m, while he got his last gold in 1928 in the 10,000m. Amazing performance from the legend of the sport who is the only athlete who was able to hold the world record in the mile, 5000m, and 10,000m at the same time. Online sportsbooks in Finland are expecting similar results in winter sports, like ice hockey where Finland is in favorites.

Haile Gebrselassie is probably the best distance runner of all time after dominating the sport during his 21-year career.  He set up 13 world records in different events from 800m to the marathon, winning two Olympic and four World Championship gold medals in 10,000m. He also has four world indoor championships gold in 1500m and 3000m. Also a gold from the world half-marathon championships from 2001. Gebrselassie won the Berlin Marathon at the age of 35 with a new world record in 2008, which stood for three years. He is the current world record holder of 20,000m, the one-hour race, and 10-mile run. And also the president of the Ethiopian Athletics Federation.