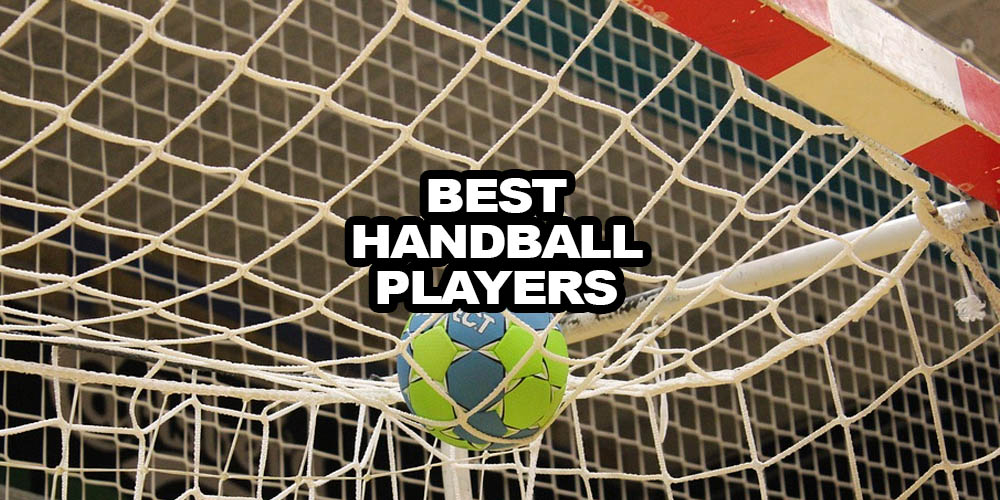 Men’s handball debuted in the Olympics in 1936 in Berlin as an outdoor sport, then returned to the program as an indoor sport in 1972. Since then its popularity has grown continuously, even though it hasn’t become widely known in the US. We can find European athletes in the best handball players in history who all lead their teams to titles.

As handball is a team sport, it’s always difficult to pick only one player from a team. But during the last few decades there always have been players who were outstanding at their time and could decide the end of the games alone. As the sport improved, players evolved as well, so most of the players in our list are from more recent times.

Talant Dujshebaev played as a member of the Unified Team in 1992 and won the Olympic gold with the team. He scored the most goals, 47 in the tournament, and was voted as the Best Center Back.  Dujshebaev was still representing Russia in the World Championships next year where he won another gold. But in 1995 he got his Spanish citizenship and was the member of the Spanish national team for the next decade.

Dujshebaev couldn’t repeat his previous successes with his new national team, only got bronze medals in the next two Olympics.  He was still voted twice as the Player of the Year in 1994 and 1996 thanks to his successes on club level. Like winning the Champions League in 1996 with Spanish club Teka Cantabria. He could also continue to achieve great results as a coach. His team, Ciudad Real won the EHF Champions League three times in the 2000s. This year’s Champions League final has been postponed to December, where the top 4 teams will play including another Spanish team, Barcelona.

Probably the greatest Danish handball player, Mikkel Hansen has won the Player of the Year award 3 times, in 2011, 2015 and 2018. He won everything with the Danish national team. First the European Championships in 2012, then the Olympic Games in Rio, 2016. There he was also voted as the MVP of the tournament. On top he also led the team to its first world championship title in 2019. Hansen was the topscorer and the MVP of the competition again.

At club level he started his career with Barcelona then moved to Paris Saint-Germain in 2012. He’s won six French titles with the team, but the Champions League title is still missing from their list. Online sportsbooks in France predict that they might win it this December when the team will play in this season’s Final Four in Germany.

Magnus Wislander was named as the Best Player of the 20th century by the IHF. The Swedish player won two gold in the World Championships in 1990 and 1999 and an amazing four European Championship titles between 1994 and 2002. The team was close to winning the Olympic gold as well on three occasions, but got the silver on all occasions.

Wislander started to play first at home, for Redbergslids IK, a team from Gothenburg. He also finished his career there, winning five Swedish titles with the club. In the prime of his career he was a player of German top club, THW Kiel between 1990 and 2002. He won 7 Bundesliga titles and twice the EHF Cup Winner’s Cup. Wislander was truly a key character in the sport, especially in Sweden with his 385 appearances and 1185 goals in the national team.

Ivano Balic is in the best handball players in history. What’s more, he was voted as the best handball player of all-time on an online poll. The Croatian center back is a World and Olympic champion from 2003 and 2004. He was voted as the best player of four other major tournaments, including the 2007 World Championships. Even though he didn’t win the gold on them. Balic gave an outstanding performance in these tournaments and still led his team to silver and bronze medals.

He played mostly in Croatia and in Spain at club level, and won several league titles. He reached the Champions League final with Spanish club Portland San Antonio in 2006, but they lost it against Ciudad Real. Balic was still voted as the Best Player of the Year for the second time in his career. Later he played for RK CO Zagreb where he won 4 league and cup titles. Then he spent one year in Atletico Madrid. He finished his career in Germany at HSG Wetzlar and retired at the age of 35.

Most experts and fans consider French center back Nicola Karabatic as the best handball player in history. He won the Olympic gold twice with the French team in 2008 and 2012 and were close to winning a third one in 2016. Online gambling sites in France are considering them in the favorites for the next Olympics, in 2021 Tokyo as well. Karabatic also won four World and 3 European Championships titles. So no wonder he was voted three times as Player of the Year by IHF in 2007, 2014 and 2016.