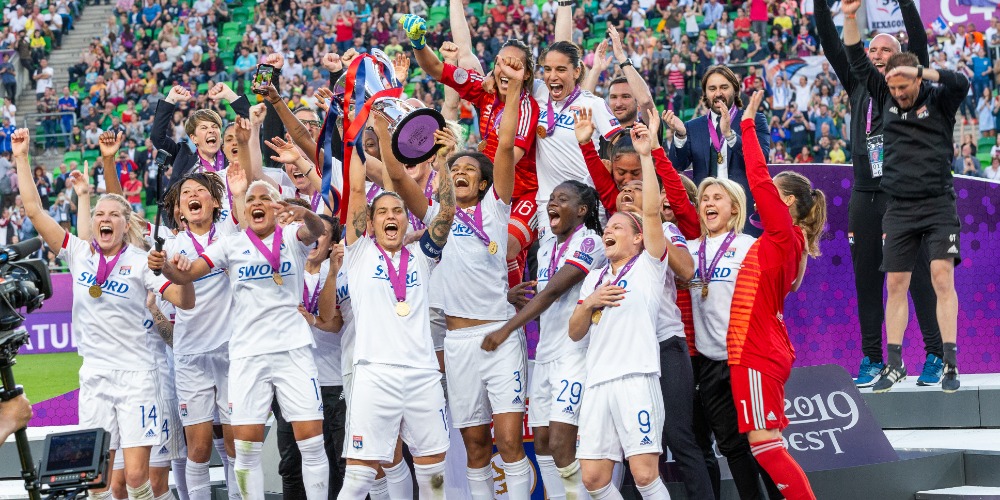 The group stage of the 2021-22 Women’s Champions League season started this week. So it’s time to focus on the players who can make the biggest impact. Like the captain of the defending champion Barcelona, Alexia Putellas. Or the top goalscorer of the tournament, Lyon striker Ada Hegerberg. Both of them belong to the best players in the Women’s Champions League. Let’s see the top five players below.

As there is a new generation in men’s football, we can also find several great young women players in the major leagues. Traditional teams like Barcelona, Chelsea, Bayern Munich, and PSG dominated last season’s Women’s Champions League and are in the top favorites again. We can also find some of the best players in these clubs. From Australia international Sam Kerr to the Dutch European champion Vivianne Miedema. Though most US players choose to return home this summer and play in the NWSL instead, there are still plenty of talented players left in the Old Continent. Who can all lead their teams to the Champions League final this season.

The top goalscorer of the tournament, Olympique Lyon striker Ada Hegerberg has just returned from her long-going injury. The winner of the 2018 Ballon d’Or has won five Champions League titles with Lyon. She is also the top scorer of the competition with 53 goals and one of the best players in the Women’s Champions League history. Hegerberg also holds the record of the most goals scored in one season with 15 goals. She is an amazing striker who also plays in the Norwegian national team. Which finished as a runner-up in the 2013 UEFA Women’s Championship. Hegerberg made her first appearance since January 2020 in the WCL game against BK Hacken this week, where Lyon won 3-0. Hopefully, she can get back to her pre-injury form and score lots of goals again.

The Dutch European champion, Vivianne Miedema is another top striker, currently playing at Arsenal. She is the all-time leading scorer in the FA WSL with 64 goals. While she is also the top-scorer of the Netherlands with 84 goals. Miedema was also a member of the Dutch team which won the 2017 Euros and finished as a runner-up in the 2019 World Cup. While she also scored a record-breaking 12 goals in the Tokyo Olympics this summer.

The 25-year-old player started her career at SC Heerenveen then played at Bayern Munich, before joining Arsenal in 2017. She already scored 103 goals for the Gunners in 106 appearances. And 15 goals in the Champions League in only 8 appearances. Miedema can be a key for the next Arsenal trophies both at home and at the international level. With online sportsbooks in the UK mentioning Arsenal in the top favorites to win the English Women’s Super League.

Staying in England, we have another fantastic player playing for Chelsea, Fran Kirby. The England international is the leading scorer of the Blues with 71 goals, which she joined in 2015. Since then Kirby has been an elementary member of the team which won four championship titles.

She won the PFA Women’s Players’ Player of the Year Award in 2018 and 2021. Last season Chelsea also got to the final of the Women’s Champions League for the first time in its history. Eventually, they lost there 4-0 against Barcelona. Now the team and Kirby can try again to win the cup. But first, they need to qualify from Group A which also includes Juventus, Vfl Wolfsburg, and Servette Chenois. Online gambling sites in the UK offer odds for all group games, don’t forget to check them out.

We can’t miss from our list of the best players the winner of the 2021 UEFA Women’s Player of the Year Award, Alexia Putellas. The captain of Barcelona led the team to the club’s first UWCL title after dominating all season. Putellas also won the Spanish league and the Copas de la Reina with the club, which achieved its first treble.

The 27-year-old midfielder joined the Catalans in 2012 and has made 355 appearances ever since. Putellas also scored 151 goals and is second in the all-time top scorer list behind Jennifer Hermoso. She has great technical skills and her passing ability resembles the players of the men’s team (in a more successful era). As a member of the Spanish youth team, she won the UEFA Women’s U-17 Euros in 2010 and 2011 and finished second in U-19 Euros the following year.

The captain of the Australian team and the all-time leading scorer of the National Women’s Soccer League in the US, Sam Kerr tops this list. She joined Chelsea at the end of 2019 and has been a top player on the team ever since. Along with Fran Kirby and Pernille Harder, they make a truly dangerous attacking trio that can score any time. Kerr scored 21 goals in 22 appearances in last season’s FA WSL. She won the Golden Boot for the third country after her previous awards in Australia and the US. She also won the PFA Women’s Footballer of the Year Award four times. The 28-year-old forward has amazing skills and speed, the ability to beat even the world’s best defenders. She scored twice against Great Britain in the quarter-final at the 2020 Olympics including the winning goal. In the new Champions League season Kerr can continue scoring and help Chelsea to get its first title.