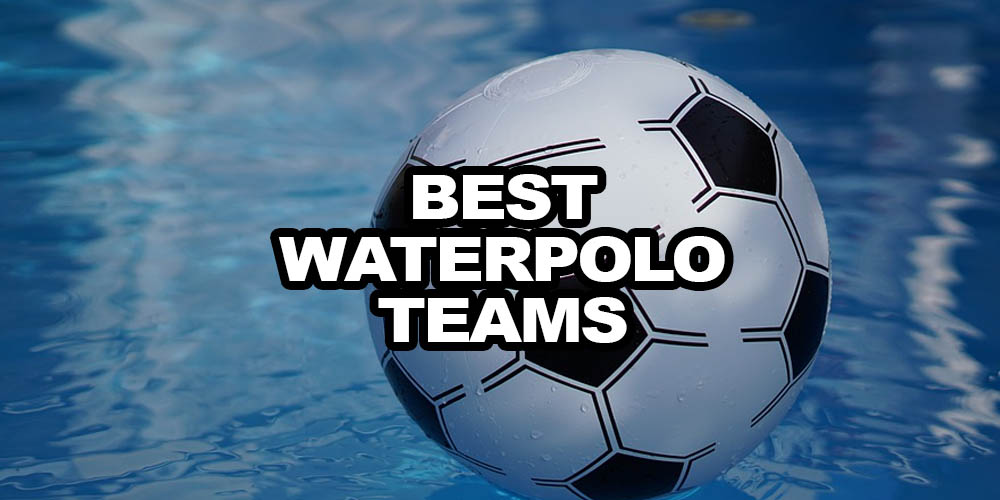 Water polo is one of the oldest team sports, it first appeared in the Olympics in 1900. Since then the sport gained popularity all around the world, from Australia to North America. But there are countries, which have stood out and given most of the best water polo teams in history. Let’s see who they are.

Hungary, Serbia and Italy are the most successful countries in the history of water polo. Their national teams have won several Olympic, World Championship and World Cup titles. Usually teams from these countries dominate the international club tournaments as well. But you might be surprised to hear that the national team of Great Britain or France have also won Olympic titles. Both happened a long time ago, in the beginning of the 20th century. Still we tried to check all the teams that have ever competed to find the best of them, who ruled the sport for the longest period.

5. The first Olympic champion, the team of Great Britain

It might sound strange to have Great Britain in the list of the best water polo team in history. But actually water polo was born there. A Scottish swimming coach, William Wilson created aquatic football in the late 19th century, but the sport was more similar to rugby in the beginning. Later with the introduction of new rules, like the ball couldn’t be brought under the water and a goal could be scored by throwing, water polo was born. It got popular in Britain first, so no wonder that they became the first Olympic champions in 1900.  And their dominance continued in the following games after winning the Olympic title in 1908, 1912 and in 1920 as well. The sport spread to other European countries like Hungary, Belgium, Austria, Germany and France in the beginning of the 20th century. So finally the British were stopped and defeated, and they haven’t seemed to recover since.

4. The Russian team including the Soviet Union

Russia has great teams and top athletes in almost every sport. They are also good at water polo, even though they don’t belong to the best teams in the world. At least this is true for the current team, which is only 16th on the World Ranking. But a few decades earlier they managed to reach the Olympic finals four times between 1968 and 1980, winning two of them. They also won the World Championships twice, in 1975 and 1982. And the World Cup in 1981 and 1983. As physical culture was very important in communism, the sport became widely popular in the country after 1925.

The Soviet team fought one of the most famous games of the sport. The so-called Blood in the Water match against the Hungarian team in the 1956 Olympics. It had a historical background, as the Hungarian revolution was just crushed by the Soviet army a few weeks before. So everyone was very nervous before the game which became very violent. When a Soviet player’s punch hit Hungarian Ervin Zador’s eye, angry fans also started to jump into the pool. The game was ended, Hungary won it and later the whole Olympics as well.

Most Mediterranean teams, like Spain, Greece or Croatia are very good at water polo, but Italy has the best teams from them. They won the Olympic title three times, in 1948, 1960 and in 1992. “Settebello” has also won 4 World and 3 European Championship titles. Actually they are the current world champions after winning the tournament in 2019. The Italian team’s performance can be hectic, they are either very good or astonishingly bad. Probably their best team was the 1960 Olympic champion team which got the victory on home soil.

But the country has a new generation of great players, like Francesco di Fulvio who was voted the best player in 2019. No surprise Italy are in the favorites for the next Olympics as well, in 2021 Tokyo. Beside the national team, the Italian water polo league is probably one of the best in the world. They have top teams like Pro Recco which has won the LEN Champions League a record eight times now. And we will see them again in the 2020/21 season as a wildcard holder which guarantees their place in the top 12 teams.

The Serbian water polo team is the current Olympic champion, after defeating their big rival, Croatia in the 2016 Olympic final. It might have been their first Olympic title, but Serbian water polo has belonged to the best water polo teams in history for a long time. In the former team of Yugoslavia we could find several great Serbian players. They  assisted the team to 7 Olympic medals including three gold between 1952 and 1988. The Yugoslavian team was also a 2-time world champion. And they also managed to win the European Championship in 1991, before the break of the country. Croatia and Montenegro also achieved great successes since then. But without a doubt Serbia became the most successful from the former member states.

Beside their Olympic victory, Serbia also got 3 World and 7 European Championship titles.  Aleksandar Šapić, Dejan Savic and Filip Filipovic. Just a few names from the top Serbian players who played more than 300 games in the national team. We are likely to see two of them in Tokyo as well. Savic is the coach of the team while Filipovic is still an active player. As the team captain he might lead Serbia to another title.  At least that’s what online gambling sites in Serbia are predicting.

Hungary has had several fantastic water polo teams since the game was born. From the early champions from 1932 and 1936. With players like Oliver Halassy who had one of his legs amputated. Then the winning teams of 1952 and 1956. The heroes of the Blood on Water game, where they defeated the Soviet Union. In 1964 the team won its fifth gold medal. In the fifth Olympics of one of the greatest Hungarian players, Dezso Gyarmati. After winning the sixth title in 1976 with the goals of Tamas Farago, Gyorgy Gerendas and Gabor Csapo, there was a small break.

Then emerged the latest golden generation with Tibor Benedek, Tamas Kasas and Zoltan Szecsi, who won three Olympic titles between 2000 and 2008. Hungary had 3 world and 13 European titles as well. No one can really argue with these results and players. We can say that water polo is the national sport in Hungary. Hungarian water polo clubs have also joined the top teams in the last few years. As Ferencvaros won the Champions League last season. And of course, Hungary won the European Championship in the beginning of the year in Budapest as online sportsbooks news in Serbia were also reporting.