Bet On India Or England In The Upcoming ODI Cricket Series

Britain is sweltering in what it views as a heatwave and whilst the temperatures will in no way rival those of their homeland the visiting Indian side will have to contend with some fast moving dry pitches in their best of three series against England in a fifty-over format that foreshadows the World Cup to be held next year. After all these are the top two ODI teams in the world, but if you hit up Bet365 should you bet on India to get the better of the hosts or on England to send the visitors packing? 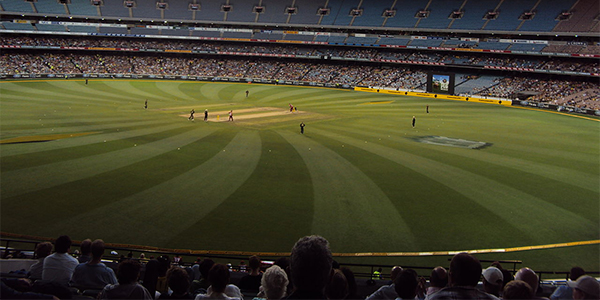 Whilst football enjoys the spectacle that is the FIFA World Cup in Russia, and England enjoys conspicuous success against all expectations, in the cricket universe the World Cup isn’t until next year and in stark contrast there are all sorts of expectations hung on the shoulders England, who are favourites at bookies like Bet365 to win it at just 3/1, which is a very tempting wager, however you could also bet on India to win, because they’re firmly second favorites and temptingly get just 9/2.

This then is a three match series between the two best ODI sides in the world and both will want to get the full measure of the other ahead of next summer’s clash that will see games at some of the same grounds, albeit likely far lusher wickets and outfield unless climate change continues to ward off the traditional showers for which England is known world wide. The question is should you take advantage of UK gambling laws to bet on India under Virat Kohli or England under Eoin Morgan at Bet365?

The Two Best ODI Teams In The World Clash

Well looked at as a whole the bookies like Bet365 are not entirely sure, both sides getting a very fair minded 1/2 before a ball has been bowled, which says much for the performance of India in South Africa recently and the 5-0 drubbing that England meted out to the still tainted Australian side. That said it also speaks to the variability of both sides with each still attempting to settle on the perfect eleven in time for next year’s competition, and you can bet on India to ring the changes this summer.

Spinners Kuldeep Yadav and Yuzvendra Chahal will have to put the pressure on the England batting line up with MS Dhoni and Hardik Pandya having to be the strong shoulders in the middle order. The question marks over who’ll play number four after Shikhar Dhawan, Rohit Sharma and Kohli himself remains, but you can bet on India to have found their man well ahead of the first ODI match in Trent Bridge, and if you want to bet on sports in the UK (and aren’t a football fan) hit up Bet365 to do so.

Bet On India To Win The ODI Series At Bet365

The England side meanwhile has issues of its own, some of the batting order in need of steadying, Jason Roya, Jonny Bairstow and Alex Hales (Jos Buttler too if we’re honest) could all play better than they have been, and if Adil Rashid is the only spin bowler England bring forward that’ll place quite a bit of pressure on Liam Plunkett and David Willey to give him the support he’ll need, and you can bet on India capitalizing on any weakness in English bowling or, perhaps more likely, English fielding.

If you’re in the UK gambling news of the weather’s effect on the pitches will give the English pace men an advantage do remember that Indian players are used to arid conditions, and indeed the bookies like Bet365 only give England the smallest of margins with the hosts getting 4/5 odds and a bet on India garnering Evens for the first match. Are these teams really so evenly matched or are we going to see England seal their dominance of one day cricket, or India knock them off their perch this summer?