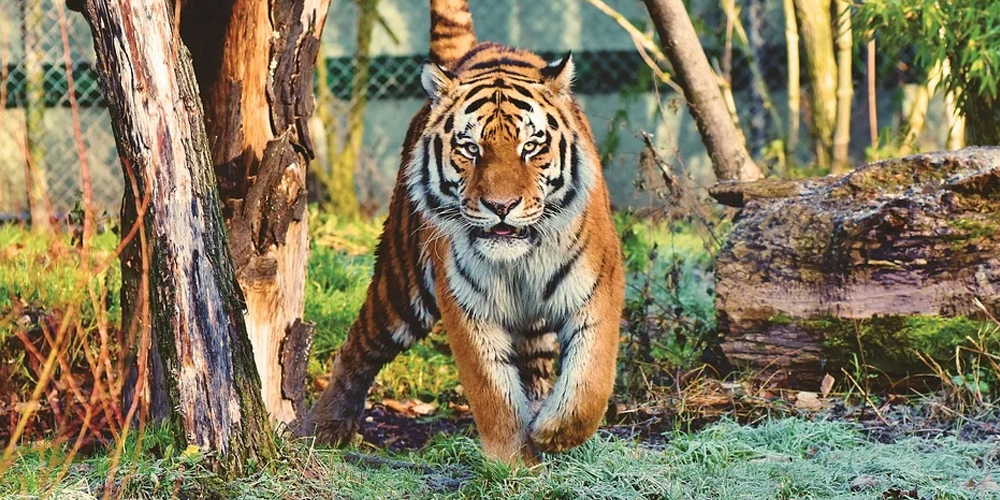 Online sportsbooks offer bets on various sports and events. Indeed, the most popular of all are football and hockey. However, there are many other little-known competitions around the world, including the ones among animals. In our article, you’ll read about both classic animal races as well as slightly weird and bizarre ones that you may have never heard of. So get ready to bet on weird animal competitions!

We all know and love such great racing competitions as Formula 1, Dakar Rally, Tour de France, and many others on foot, automobile, or even bolide. And we are not mentioning racing trucks, bicycles, motorbikes bikes and so on. However, in this world, there are such racing competitions that you most likely have not heard of and have not seen for sure. Only some online sportsbooks in the USA can tell you about them. Let’s get it started!

Horse racing is a type of competition in which two or more horses take part with jockeys (or sometimes no riders). They are held for a while at a given distance. This equestrian sport has been practiced for centuries and is extremely popular around the world. Horse racing is often associated with gambling, which is why many online sportsbooks like Bovada Casino accept bets on them. They are also the theme of many slots that you can play in casinos. Besides, race-style, distance, and other parameters of the competition depending on the country in which they take place. Indeed, this event is pretty usual. Therefore, if you want to bet on weird animal competitions, just continue reading our article!

Dog racing is a spectacular event

Dog racing is a sport in which dogs (mainly greyhounds) run along a specific route. There are two forms of dog racing: track racing (usually on an oval track) and coursing. In track racing, artificial bait is used, which walks in front of the dogs along the rail until they cross the finish line. Meanwhile, in the coursing, there is a live hare. As with horse racing, you can bet on the outcome of dog racing at some online sportsbooks in the USA. However, in many countries, dog races are held solely for the pleasure of breeders and spectators, no stakes. In others, such as Australia, Ireland, Mexico, Spain, the United Kingdom, and the United States, they are part of the gambling industry. To bet on weird animal competitions not much is necessary. Just find the best odds and put your money on them!

The most dangerous type of racing is bull racing. They are of two types: when a jockey drives two bulls from the chariot they are harnessed to, and when the rider sits directly on the bull. The first type of competition is held in Italy, India, and Indonesia. Meanwhile, the second takes place in Thailand. As for the second type of race, when the rider is on the bull itself, then it would be worth taking bets on whether the jockey will stay to the finish performance. Indeed, it is much safer to go to the website of one of the online sportsbooks in the USA and bet on weird animal competition, than to observe this type of racing.

In pigeon races specially trained “racing” birds usually participate. They are released at a certain distance from the nursery, and then they return to it. Pigeon racing appeared at the beginning of the 19th century in Belgium and then gained fame in the UK, USA, and France. During races, pigeons fly several thousand kilometers, and some of them reach speeds of more than 145 kilometers per hour. Check whether you can bet on weird animal competitions in the Bovada Casino. You might be very surprised!

In camel racing, camels with a rider move at the highest possible speed along a predetermined route. Usually, dromedaries (one-humped camels) participate in the competition. This type of competition first appeared on the Arabian Peninsula in the 7th century AD and spread almost throughout Asia and North Africa. Indeed, at the end of the 20th century, camel racing became an official sport. Is it surprising for you? Well, you will be even more amazed to read about Weird Emotional Support Animals For Gambling.

Snail racing is a humorous game that involves two or more air-breathing land snails. The most commonly used garden snail is the Helix aspersa species. Snail “races” are held in various countries around the world, although most of the events are in the UK. They usually run on a circular track. First, the snails start from the middle and then move to the edge of the circle. The path is usually a damp cloth on the table. It is easy to make this bet on weird animal competition if you are an expert in snails.

Hamster racing is a sport in which hamsters are placed on wheels or running balls, often found on miniature racing cars, and race down a straight 9-meter track. The record time for this route is 38 seconds. In the UK, you can even place bets on the outcome of hamster races at online casinos and bookmakers. In addition to the UK, professional hamster races are held in the USA and Asia. Check Bovada Casino for this and other weird bets!

Turtles are faster than you think!

Turtle racing is a competition in which participants usually place turtles in the center of a circle and watch them walk until one of them leaves the circle. This event was originally aimed at children and was held at fairs and picnics in the central United States. However, since then it has grown in scale and popularity. Indeed, they began to organize other options for competitions. So now you have more opportunities to bet on weird animal competitions in the online sportsbooks in the USA.

In some countries, people chase each other on the backs of ostriches. Indeed, this practice is common in Africa. Ostriches are ridden with special saddles, reins, and bits. However, they are more difficult to ride than horses. The maximum recorded speed is 98 km/h. At the end of the 19th century, ostrich racing appeared in some parts of the United States and became a popular entertainment for tourists. Therefore, now you can make your bet on weird animal competitions.

Elephants want you to make a bet

This unusual bet on weird animal competitions is popular in many parts of the world (mainly in Asia) and originated as a tradition in Vietnam. In the 20th century, elephant races began to take place in Germany and Nepal, and then in Afghanistan. The rider rests on the elephant’s neck without a saddle. However, the animal should not be beaten or pushed in any way. The elephant covers a distance of 300 m and can reach speeds of up to 48 kilometers per hour. Indeed, a long trunk is an important factor in the race as it crosses the finish line first. Sounds exciting, doesn’t it? You can also read about Animals Predicting Bets. We hope that all this information will help you win while gambling in the Bovada Casino. Good luck!