Can Psychics Win A Lottery?: Extrasensory Perception and Gambling

News >Can Psychics Win A Lottery?: Extrasensory Perception and Gambling 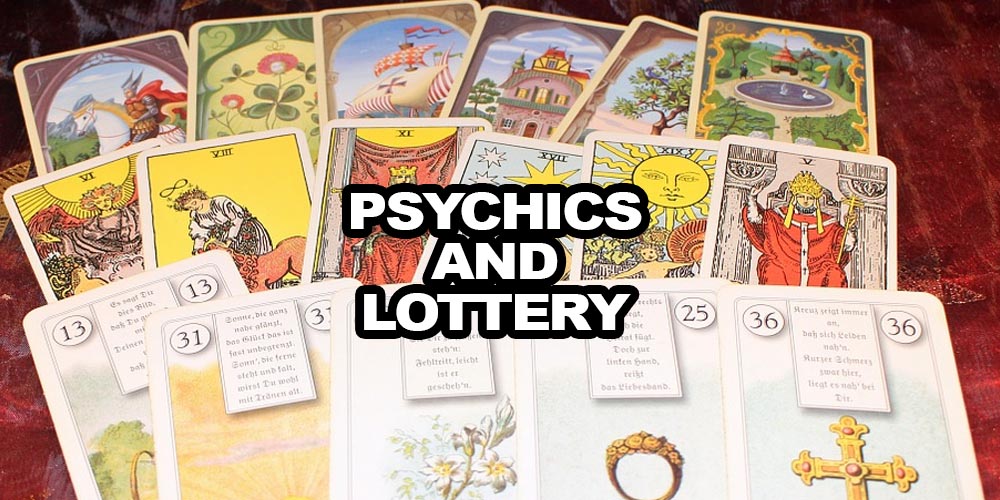 Comedian Jay Leno asked a question that might have occurred to you too: “Can psychics win a lottery? ” Indeed, they are people with extrasensory perception, allowing them to anticipate events before they happen. You could call them clairvoyants or fortunetellers, thus, they are supposed to see the future, aren’t they? If someone has a supernatural power that can determine the outcome of a lottery before this happens, why not use it?

Why psychics do not win the lottery?

Who says psychics never won the lottery? Here is an example of those who did it! In August of 2010, a British woman named Ocean King created a lottery syndicate after higher powers predicted a big win in the lottery. She claimed that she felt that the “energies” were telling her to create this syndicate.

“One fine day, I just said:“ Let’s launch a lottery syndicate because I have a very strong feeling that we will win a big prize at the end of the year, ”King said. “I predicted it would be a million pounds – don’t ask me how because I just knew it.”  But if this “energy” was so strong, why didn’t King buy the lottery tickets on her own? “I just had the feeling that this gain would happen in the syndicate, ”she said. Of course, the syndicate won £ 1 million at the EuroMillions Millionaire Raffle at the end of 2010.

Sometimes, psychics foresee a big victory in the lottery for their clients. And if the psychic wants to be useful, they encourage their client player to buy lottery tickets so that their prediction comes true.

People sometimes feel like they need to play the lottery. However, in the case of 54-year-old Kevin Millard from California, it was an order from an online psychic who made him buy his tickets. Millard resorted to the services of a psychic in a free online service, and he was already planning to end the session. However, the psychic did not leave him alone. “She periodically threw me messages:“ Your money goes. This year, changes will occur for you, ”said Millard. One of the tickets bought at the Powerball lottery gave him the right to a take prize of $ 1,009,368 in September 2015.

Do psychics need to win the lottery?

Maybe psychics don’t need to play, or win the lottery at all! If a person is a psychic and can foresee the future, this person would already know how to make a lot of money. Some psychics probably made a fortune by investing in the stock market. Therefore, buying a lottery ticket to hit a jackpot of several million dollars is not worth the time of real psychics, and probably it would not even be worth their money. There may be additional reasons why a psychic will not play the lottery, or, rather, why a psychic should not play the lottery. For example:

The theory of a scam

Erin Pavlina, according to her website, “is a world-famous intuitive consultant who uses her psychic abilities to help her clients achieve what they want in their careers, relationships, finances, health, spirituality, etc.” Pavlina explicitly states that lottery numbers are randomly generated during the draw. The psychic cannot predict the numbers, because they have not yet been selected by lottery machines. Moreover, Pavlina declares that psychics cannot predict the future!

For example, a Russian lady paid her psychic 2 million rubles to win 3 million in the lottery. Unfortunately, the woman fell for a scammer and received nothing. The psychic predicted a bright future and announced that soon she would win exactly 3,600,000 rubles in the lottery.

However, for this to work out, it was necessary to pay two million rubles. The woman agreed and began to transfer money to the psychic in parts. She also asked her relatives to help raise the right amount. Of course, the woman won nothing and went to the police.

So, can psychics win a lottery?

Of course, yes! A psychic has the same chance to hit a jackpot on one of the lotto sites in Germany like you! All players are equal when it comes to choosing numbers on a lottery ticket. For sure, our world has plenty of mysterious things and magic happens to those who believe in it! For example, there are Animals Predicting Bets.

In any case, one thing is certain, and this is also true for you, as well as for any person with supernatural abilities: If you do not play the lottery, you cannot win the lottery! Therefore, to test your extrasensory abilities or just your luck, go to the 1xBET Lottery website and buy your lucky tickets online! Your future can change in one click!

You can discover more about 1xBET Lottery here.