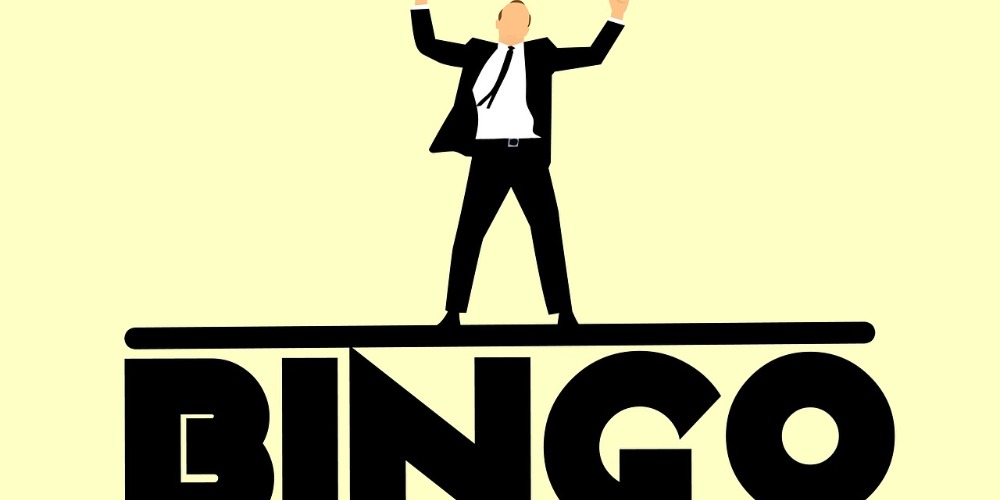 Bingo is often confused with lottery and scratch cards. However, it is important to understand that this is a slightly different game that has its peculiarities. Bingo is a game of chance, the main goal of which is to cross out all the numbers on the ticket and thus be the first to collect the winning combination. There are two main variations of the game: British bingo and American bingo. Besides, there are several other ways to play it. In this article, we will have different types of bingo types explained.

History of the Game

So What Has Bingo Been Through? The progenitor of bingo is the old Italian game Lo Giuoco del Lotto D’Italia, which dates back to 1530. The gameplay proceeded with the help of cards and beans, which marked the dropped out numbers. When the player collected the required number of points, one shouted “Bean go!”, Which means “the bean is coming.” It was this phrase that became the key when creating the name of the game. The businessman Edwin Lowe changed the rules of such entertainment and ordered 6,000 non-repeating cards with numbers from the professor. Later he put up a new game for sale in New York. Moreover, soon the Americans liked it and became popular in many states. It was even played at churches. The collected income was sent to charity or spent on the needs of churches.

In Great Britain, this game was also so in demand that in 1960 they decided to legalize it. In the mid-80s of the 20th century, many countries began to hold national lotteries with millions in prize money. And since 2000, bingo has gone online, allowing people from anywhere in the world to try their luck. First of all, online bingo in the UK is a game of luck. That being said, there are some strategies for gaining benefits in the process:

To play bingo, participants receive special cards in which several numbers are marked in random order. After that, numbered balls are removed from the bag (lottery drum). If the number dropped from the lottery drum coincides with the ticket, the player must cross it out or cover it with chips. Learn more in our article How to Play Bingo. The one who is the first to cover all the numbers on the game card becomes the winner. Most often, after the word “bingo” is read aloud, the game ends and the winner is announced. In this article, we are having different types of bingo explained:

Earlier, before the start of the Internet era, bingo players fought in spacious halls, shouting numbers one after another. After that, everyone had a great opportunity to play on the Internet, and the players went there with undisguised pleasure. Since it is much easier online to find specialized services and partners for the game! In internet bingo, the conditions of the game are almost the same as the gameplay in real life. The main feature is that the player participates against the casino. Foreign online gambling establishments offer to play bingo for money, after registering in advance and opening a casino account. You can also try your luck at bingo in free mode using the flash version of the game. Besides, usually, players can chat with each other.

Traditionally, there is a bingo-hall employee who conducts additional games with financial prizes on online bingo sites in the UK. Online casinos do not have the same costs as land-based gambling establishments that have to spend huge amounts of money on TV time, printing, and distributing tickets. Therefore, this kind of gambling business becomes less profitable for gambling projects. In online casinos, bingo tends to have lower payouts and bonuses for gamers. That’s why we are having different bingo types explained.

When choosing a site for the game, it is worth spending a little time reading reviews of other players on the forums and in chats. As well as comparing resources and, possibly, playing on different sites to choose “your” – safe and reliable – resource, where you will be pretty comfortable. A very important role is given to the graphics, the atmosphere on the portal.

If you have different bingo types explained and have already chosen the site, there is the next step. You should deposit money into your account and purchase cards for the next game. Some portals resort to doubling the money in your account or providing bonuses for newly connected ones.

Isn’t it a pleasant surprise ?! Of course, it is best to play on a home computer, since there is a restriction on the sound volume in Internet salons. You can hardly get the same pleasure if you have to strain yourself to hear the computer announce the numbers. In addition to this, while playing online bingo at home, you can do whatever you want!

True, it is advisable to keep a credit card with you in order not to get up when you want to buy more cards. Besides, when playing online bingo, try to make friends with other players. Provided that you manage to create a pleasant atmosphere, you can always ask them for advice. Therefore, you will get much more pleasure from the game. Some portals also allow you to chat with other players. Thus, you have the opportunity to find friends who share your passion. It is better to choose a time for playing bingo online when the load on the network is not the greatest. Perhaps during this period, you are unlikely to hit big jackpots. However, you will have fewer competitors, and therefore, there will be more chances of winning!

In Great Britain, the original name of the game Bingo has been preserved – Housie, because that is how it was called in Australia and New Zealand, where it was very popular. Each player has a bingo card with 15 numbers. There are usually five numbers in each of the three rows (having 9 columns and, therefore, 4 blank cells per row). As a rule, the presenter proclaims: “Eyes down!”, If literally, it means “eyes down!”. So they say, to indicate that one will just start calling the numbers.

The numbers are chosen at random. Thus, they use a mechanical machine with balls, in which an electronic chip of a random number generator operates. Just in Great Britain, the so-called “nicknames” or pseudonyms are usually used for the numbers drawn, while neither in Australia nor in New Zealand they are used. The numbers are named in the range from 1 to 90. And the average duration for games of this type of bingo is from 4 to 4.5 minutes. Try your luck in the Bet365 Bingo.

The American bingo card has five rows and five columns, so it has 25 numbers. Numbers in the range from 1 to 75 take part in the game. Besides, they are also chosen randomly. Therefore, when choosing any fundamental differences from English bingo there are no. In the USA, many bingo lotteries are founded by churches or charitable organizations. However, there are also commercial bingo lotteries that are installed in casinos. Indeed, there are enough of them, for example, in Nevada.

The rules of the game are, by and large, the same. First, players buy cards (whose appearance is different from those used in the game of 90 balls), which have the shape of a square. Each of these squares is divided into 25 cells, the cell in the center remains free (it is assumed that it is already closed), the numbers in the remaining 24 are distributed from 1 to 75. There is a clear rule in the process of filling out the card. In place of the title of the card, the word BINGO is most often written, and the letter B is in it above the first column.

Then the balls are taken out at random and the numbers are announced. The goal of the game is to close the desired area on the map. Whereas in bingo-90 lines are filled, then figures can be formed here. The set is quite large, ranging from “any two lines” through shapes to “full card”. One takes the prize fund, who managed to collect the necessary figure the fastest. When several pieces are played, the prize pool is divided into parts. If several players get the combination at the same time, then the prize goes to all the winners.

Bingo is the American version of the lotto. However, in the USA the bingo game ends on the 75th, while in our country it ends on the 90th. The game begins with the fact that all players buy a card, and not one. This is the main thing – not to overdo it, having time to follow each card that has the shape of a rectangle. It has 3 rows of 9 cells in one row. In 5 cells out of 9, the definition of the number is located, which should be scattered regardless of their order. The first column contains numbers from 1 to 10, the second contains numbers from 11 to 20, etc. Indeed, it will not be difficult to calculate that there are only 15 numbers on the card. The game is played this way. Balls with numbers from 1 to 90 drop randomly from the lottery drum.

Each of the players must very carefully check them with the card, crossing out the matching ones. In the version of the online bingo game, the computer independently fills in the numbers that coincide with the numbers on the balls. Therefore, three people can become winners. The first one should fill five numbers on one line faster than all. Meanwhile, the second one needs to be filled on any two lines. Besides, the most important winner needs to fill out the entire card. The prize money will be divided in proportion to the winnings of these 3 players. Of course, the last winner will get the most of it. The 90-ball bingo game appeals to gamblers who believe in their luck and do not doubt it. Now, you have had different bingo types explained. Everyone knows that luck loves courageous people, especially in the Bet365 Bingo. Break a leg!

You can discover more about Bet365 Bingo here