Don’t Bet On The 2020 Tuscan Grand Prix Repeating Itself 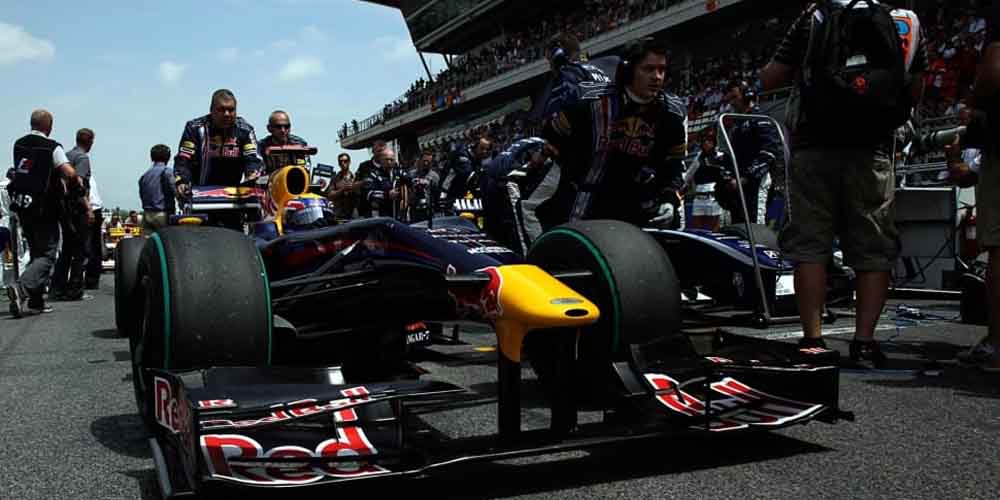 There were no Mercedes drivers on the podium after the last race. Monza delivered a thriller for the Italian Grand Prix, but don’t bet on the Tuscan Grand Prix being a repeat. The track might be the same, but the result won’t be. The odd circumstances that saw Lewis Hamilton lose his lead will not occur again. Anyway, Mercedes will have learned their lesson. This means the F1 odds at Bet365 will make the silver arrows the best bet on sports in Italy. Just not the most exciting.

“It was a very special moment.” Pierre Gasly, the winner of the Italian Grand Prix, said after the race. He wasn’t kidding. It’s been a long time since anyone outside the big three teams has won a race. It’s almost a shame you can’t bet on the Tuscan Grand Prix going the same way. But it was a highly unusual set of circumstances which saw Gasly get his win. Toto Wolff of Mercedes said “It was a weird sequence of events” and perhaps he has a point. Not that he’s complaining. Well not much.

“Not happy,” Wolff admitted, “but you have to take it on the chin.” Especially when so far ahead of everyone else. It would look a tad churlish to complain. Which is probably why Lewis’ 10-second stop-and-go penalty stood, even after he paid the stewards a visit. An opportunity only afforded to him by the red flag after Leclerc’s crash. Online betting sites in Italy do not give Ferrari much hope, but you can bet on the Tuscan Grand Prix being better for them. It couldn’t be worse. Or could it?

Last Chance To Bet On The Tuscan Grand Prix At Bet365

Ferrari are now so far off the pace that even Vettel is leaving. He’s off to Aston Martin where he might just be faster. Of course, they were instrumental in Gasly’s win. Just not on purpose. Leclerc’s crash was dramatic and brought the race to a halt with 23 laps to go. With a stop and go penalty to take for entering the pit lane when it was closed, Hamilton’s lead vanished. This left Pierre Gasly ahead and able to stay there. But don’t bet on the Tuscan Grand Prix seeing that happen again. It won’t. Lewis rarely makes the same mistake twice.

“You rely a lot on the team to tell you things.” Hamilton explained. He missed the signs that denoting the pit lane closure. He admits that. However, the steward 10-second penalty was still a little harsh. “I don’t understand why they took that decision.” Admits Hamilton. Perhaps that’s why he went to see them in the break. Not that one race will make that much difference to him. You can bet on the Tuscan Grand Prix going to Mercedes. Online sportsbook sites in Italy give them very short odds.

Hamilton Closes In On Another Championship

Hamilton is thus only another couple of wins away from another championship. The bookies like Bet365 give him 4/9 to win this weekend. That’ll leave him one victory away. Valtteri Bottas, meanwhile, gets 7/2. He isn’t the best bet on the Tuscan Grand Prix after a terrible start last time out. Likewise, Max Verstappen who gets Tuscan Grand Prix odds of 5/1, suffered in the last race. So does this mean once again we’ll see cars outside the top three teams get to the podium? No. Probably not.

It’s possible. But it’s unlikely. If you take advantage of Italian gambling laws to wager Pierre Gasly can win again, that’s a 100/1 shot. Not so tempting. Even Perez, Sainz, and Norris get a distant 50/1. The Italian Grand Prix produced a unique set of circumstances, it won’t reoccur. Still, if you must romantically play into the notion that someone unexpected will win, bet on Sebastian Vettel. At 200/1 the Ferrari driver would seem not to have hope. But then, neither did Pierre Gasly so who knows what will happen? Well……except Mercedes, obviously.

We take a look at why you can’t bet on the Tuscan Grand Prix being a carbon copy of the Italian Grand Prix last weekend.