EFL Cup Round of 16 Predictions For All Eight Games

News >EFL Cup Round of 16 Predictions For All Eight Games 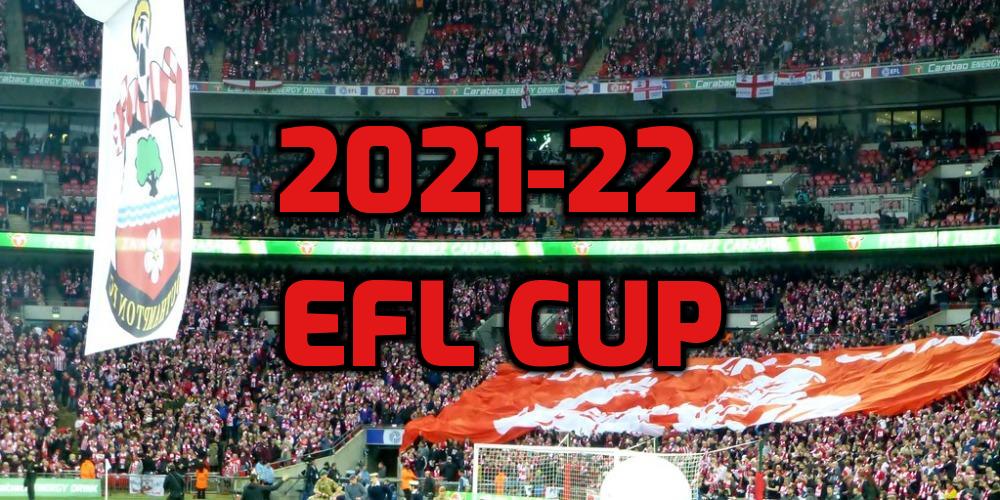 Next week, on the 26th and 27th of October the remaining 16 clubs will meet in the fourth round of the 2021-22 EFL Cup. Including the only club from the third tier, Sunderland who will visit the home of QPR. The EFL Cup round of 16 predictions favor the home team to go through after their victory over Everton. While the top Premier League teams like Chelsea and Liverpool should go through easily.

This year’s EFL Cup has already reached the fourth round, with only 16 teams remaining in the competition. The defending champions, Manchester City, are still with a chance of defending their title. Unlike their big local rivals, Manchester United who were knocked out by West Ham United in the previous round. Everton and Watford are also out after losing against Championship sides Queens Park Rangers and Stoke City. The upcoming eight games will be held next Tuesday and Wednesday with some tight ties. Like the Leicester City vs Brighton or the Stoke vs Brentford match where either team can get the win.

EFL Cup Round of 16 predictions favor Leicester against Brighton

Leicester City haven’t had a great start of the new Premier League season after standing only in 11th place. They lost three games in the first five rounds, including a 2-1 defeat in Brighton. Now Brendan Rogers’ team can take revenge on the Seagulls and knock them out in the EFL Cup. The two teams will meet next Wednesday at the King Power Stadium with online sportsbooks in the UK favoring a home win with the odds of 2.00. But it surely won’t be an easy task against the guests who are in fourth place in the Premier League. Graham Potter’s team has been superb so far this season and only suffered one loss. Their odds to win again are 3.60.

Similar odds are offered in the Burnley vs Tottenham match. But in this game the guests are the favorites. After a bad run of three defeats Spurs are back in form and stand in fifth place in the league. Last year’s runners-up should win against Burnley who are in the relegation zone again. Leeds United are at the bottom half of the table just as their opponents, Arsenal. But the Gunners won confidently against Wimbledon and are favored to win again in the EFL Cup Round of 16 predictions. A tighter match is expected between the two lower-tier teams, QPR and Sunderland. Queens Park knocked out Everton in a thrilling game after winning the penalty shoot-out 8-7. While their opponent, League One side Sunderland won against Wigan. Now Mark Warburton’s team have the odds of 2.00 to get to the last eight.

City, Chelsea and Liverpool should go through easily

The defending PL champions and current leaders Chelsea will host Southampton on Tuesday night. Thomas Tuchel’s team continued in the same form and have already beaten the Saints this season. Their odds to do it again are 1.30. Even though Liverpool will play away, their opponent, Championship side Preston shouldn’t cause too much trouble either. Manchester City will face a much tougher game against West Ham United on Wednesday. As the Hammers knocked out Manchester United in the previous round. And they are in 7th place in the league at the moment.

But interestingly David Moyes’ team seems to play better away than at home. Which might explain why online gambling sites in the UK offer so high odds, 6.00 for their victory. Meanwhile City’s odds to win the match are 1.50. Probably the most balanced tie is the Stoke vs Brentford match where the Premier League side is slightly favored to get the win. Brentford are spending their first season in the top league and have been doing brilliantly so far. The team is in 9th place after drawing against Liverpool and defeating Arsenal. In the Cup they crashed out Oldham Athletic with a 7-0 victory in the last 32. But Stoke could be a much stronger opponent. After the Championship side defeated Watford 1-0 in an away game in the last round. Their odds to win at home now are 2.80 while Brentford’s odds are 2.40 on bet365.