Which Club will be the Next Champion of the 2021 Super League? Clubs and Their Performances

News >Which Club will be the Next Champion of the 2021 Super League? Clubs and Their Performances 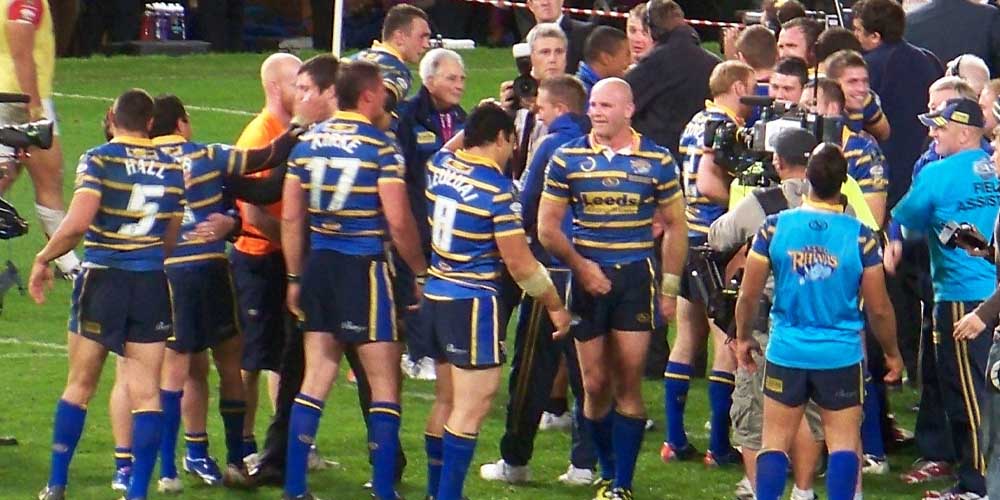 Since 1996 the rugby clubs compete in the Super League which is the top-level professional rugby league club competition in the Northern Hemisphere. However, it doesn’t mean that the rugby club competition started at the end of the XX century. Before the Super League, clubs competed in the First Division as the top division of rugby league in England. The league has a stable number of clubs, eleven from England and one from France. Do you know which clubs compete in the Super League? Let’s look at the club’s performance and be more informed of the England Super League betting odds. When you are ready you can visit online sportsbook news in the UK and get aware of all odds.

As we said there are 11 England clubs named Castleford Tigers, Huddersfield Giants, Hull F.C, Hull Kingston Rovers, Leeds Rhinos, Leigh Centurions, Salford Red Devils, St Helens, Wakefield Trinity, Warrington Wolvesa, Wigan Warriors and just one French club named  The Catalans Dragons. They play each other twice on a home-and-away basis, interrupted by the Magic Weekend round in May. These clubs play each other twice on a home-and-away basis with the Magic Weekend round in May. In the end, the clubs which reach the top at the end of the season enter the playoffs. The Grand Finals mostly happened in Manchester but last year it was in Hull. If you are keen on rugby and want to get more info this article could be interesting for you which covers Wigan Warriors performance in 2020.

Since the Super League started there have been XXV seasons and the next XXVI will be in 2021 between 11 March and 14 January. Let’s analyze the club results for more successful betting of course considering the power of the situation. So, the first winner of the League was St. Helens and could keep their performance by becoming 8 times champion in different years. The other team Leeds Rhinos has the same victory as St. Helens club. In third place is Wigan Warriors with five victories and six runners-up.

The other clubs like Salford Red Devils, Castleford Tigers, Hull, and London Broncos have not yet become the champion of the Super League. Unfortunately, through these times they could be one-time runners-up. What is your guess on the England Super League betting odds? If you think St. Helens will get the next championship, visit the 1xBET Sportsbook and be part of exciting betting.

So, the 26th season of the Super League which is known as the Betfred Super League will be in March-January. The exciting news for league fans will be the return of the Magic Weekend after a year of cancellation. The positions of teams for the 2021 season are like that: Wigan Warriors is in the first position is Wigan Warriors. However, the St Helens, the champions of 2019 and 2020 are in the second positions. Warrington Wolves will play in 3rd, Leigh Centurions 4th, Leeds Rhinos in 5th, Hull FC 6th, Huddersfield Giants 7th, Castleford Tigers 8th, Wakefield Trinity 9th, Salford Red Devils 19th, Hull Kingston Rovers in 11th positions. If you already have an opinion on which club will be the winner, you can go to an online sportsbook directory in the UK and support your team.