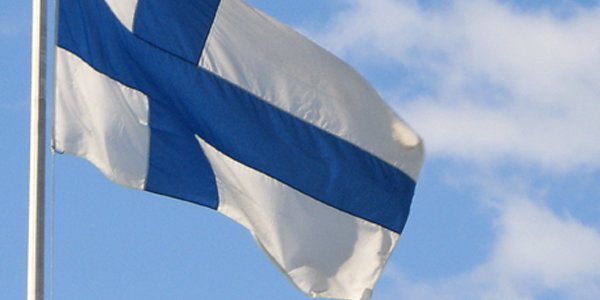 In Finland 2015 will be remembered for yet another dismal display on the football pitch and a somewhat phantom feud between Finnish drivers in Formula One, but will 2016 be any different?

Perhaps we shouldn’t be all that surprised that football isn’t one of Finland’s fortes. Their performance in the Euro 2016 qualifiers wasn’t entirely dismal, just dismal enough to bring them home in fourth place behind Hungary, Romania and Northern Ireland. Too few wins, too many losses, and whilst there’s been much talk of the future that didn’t stop anyone who’d taken advantage of Finnish gambling laws to back them as in Finland 2015 saw them fail to reach the finals in France.

Finland’s lack of footballing pedigree, however, is more than made up for by their abilities behind the wheel and with a national predilection for sliding around corners their history in rallying alone is legend. These days, of course, the French are hard to shift from the top spot in the WRC and Jari-Matti Latvala will have to try his luck again next year having come second some 80 points adrift of winner Sebastien Ogier, his third championship in a row.

Naturally there are the two Finns in Formula One and watching the soap opera of their season has been perhaps the drama of the year, the unfortunate fact, however, is that there was so precious little drama between the two of them that the press began to see some where none existed, and if you had suspicions some of it were created by team bosses looking to motivate their drivers you could well be right, because for Formula One in Finland 2015 was just another lot of wait-and-see.

Mercedes running away with the title…..and the other title…..in Formula One was obvious from the off. Their pace was unbeatable and everyone else was struggling to keep up, only errors on the part of the mechanics or Lewis Hamilton or Nico Rosberg could give even a whiff of a chance of a dream for any of the rest of the drivers, and if you liked to bet on sports in Finland 2015 saw backing Kimi Raikkonen look momentarily worth while, and then prove completely pointless.

Ferrari didn’t have as good a year as they might have wished. Off the pace of the silver arrows up front Raikkonen’s team mate Sebastian Vettel tried to keep up the pressure but there was precious little of it, and the two Mercedes drivers spent most of the season sparring with each other. The blood red cars of Ferrari, however, were having issues, and Raikkonen particularly seemed beset by misfortune, poor pit crew errors, minor driver mishaps, they all added up.

Meanwhile Valtteri Bottas, well known spelling error and fellow Finnish Formula One driver, was having to settle with finishes far further down the field in his Williams that couldn’t, much of the time, even keep up with Ferrari, let alone the Mercedes out at the front. In terms of Formula One for Finland 2015 wasn’t bringing any more success than previous years, and the back drama was getting out of hand. Can the blame for this be laid at the feet of Ferrari? Possibly, but saying so might cost your drive.

Negotiating a contract with Raikkonen Ferrari made big play of not being too sure, and took their own sweet time agreeing to the terms, partly to get a better deal, but partly to get a better performance out of Raikkonen who they thought would drive better under pressure. Epic fail. Of course the ambiguity of Ferrari’s answers about Raikkonen meant everyone was gambling news would soon come of his being replaced, but by whom? Valtteri Bottas of course.

The press jumped on this rumor joyously, couching it as a rivalry between the two Finns, something that reached fever pitches of hysterical when the drivers had a coming together on track. Of course racing incidents happen, and with Raikkonen’s luck this season they were bound to happen to him, and the two of them colliding was as likely as the odds you’ll get on the sun rising tomorrow, but the press hawked over it as if Bernie Ecclestone himself had orchestrated it.

Come the end of the season it had all calmed down again. Ferrari had kept Raikkonen, neither driver had taken the bait and stayed professional and and in F1 for Finland 2015 was a year in the wilderness, one they’ll only get out of by getting better cars in this now very predictable sport. Of course ComeOn! Sportsbook will have all the best odds on the 2016 season, but I won’t be putting any of my hard earned on anyone who isn’t driving a Mercedes anytime soon.